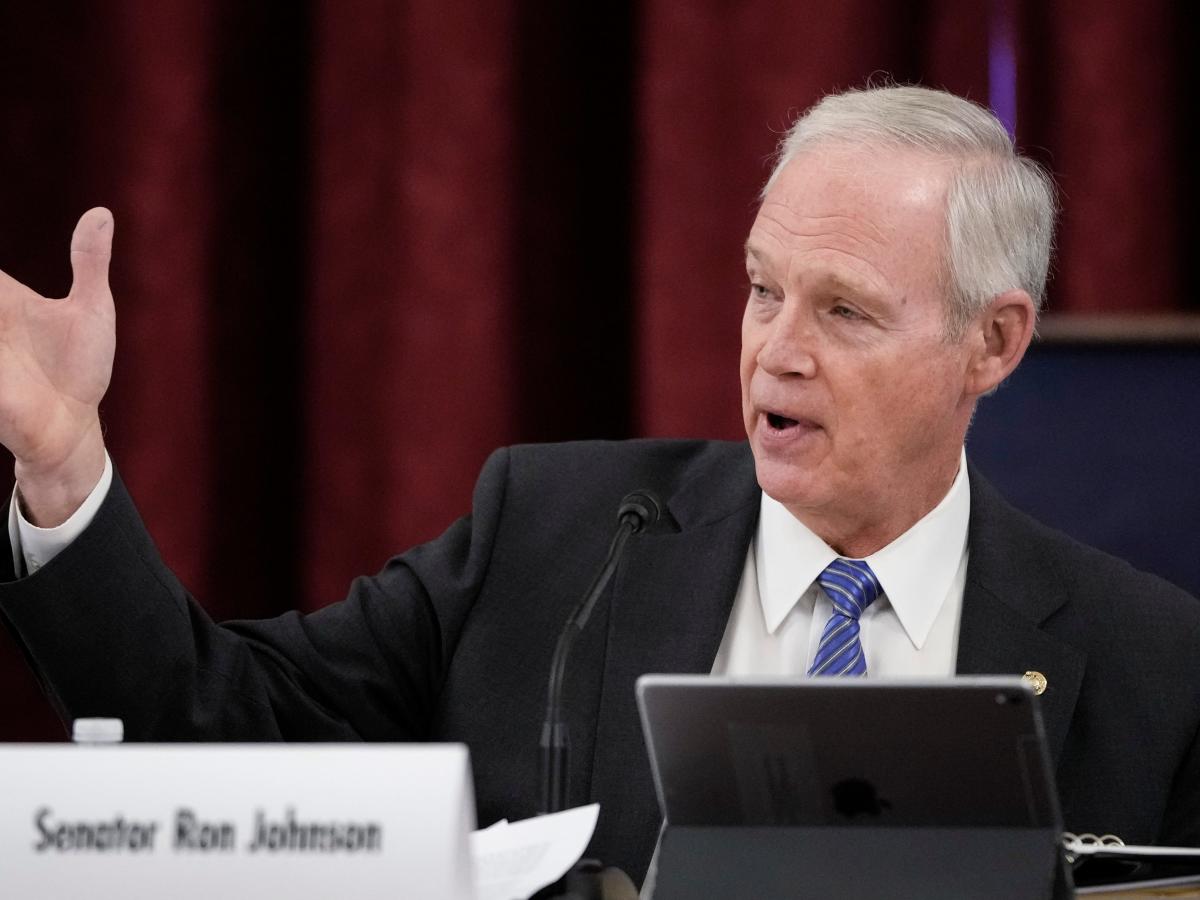 NBC News host scoffs at Sen. Ron Johnson after he said the media was biased during a charged interview: 'You can go back on your partisan cable cocoon'

During a heated exchange on Sunday, NBC News host Chuck Todd repeatedly shut down Sen. Ron Johnson.
Todd kicked off the "Meet The Press" interview by asking Johnson — the highest Republican on the Homeland Security Committee's Subcommittee on Investigations — for his thoughts on the Justice Department's investigation into classified documents that were found at President Joe Biden's former office and Delaware home.

The Wisoncon Republican said he believed that Biden should be investigated like Trump, but went on to discuss his belief that a special counsel should be appointed to investigate Hunter Biden's laptop.

"Senator, senator, do you have a crime that you think Hunter Biden committed because I've yet to see anybody explain. It is not a crime to make money off of your last name," Todd said, adding "You're targeting Hunter Biden multiple times on this show, Senator."

Johnson replied by saying, "You know, part of the problem, and this is pretty obvious to anybody watching this, is you don't invite me on to interview me, you invite me on to argue with me." He continued: "Part of the reasons our politics are inflamed is we do not have an unbiased media. We don't. It's unfortunate. I'm all for free press. It needs to be more unbiased."

Todd refuted: "Look, you can go back on your partisan cable cocoon and talk about media bias all you want. I understand it's part of your identity." Todd said, apparently referring to Johnson's many Fox News interviews.

Though the two interrupted each other throughout the entire 13-minute show, they also discussed the denial around Biden's 2020 election victory and current political tensions.

Johnson originally backed the baseless idea that the 2020 election was stolen from former President Donald Trump. He said on a radio show in June 2022 that Rep. Mike Kelly gave him a list of "alternate" electors to send to former Vice President Mike Pence.

Todd attempted to ask about the incident on Sunday before Johnson interrupted, prompting the two to go back and forth again.

Johnson denied having "very much" involvement in the 2020 election fraud scheme.

"What you ought to do is go back and read my opening statement. And that pretty well lays out exactly what I thought about the 2020 election. But the news media never does that. They smear me. They lie about me. They make these things up," Johnson told Todd, later refuting the idea that the recent insurrection in Brazil looked similar to the January 6, 2021 insurrection.

Johnson also told Todd he'd appreciate an opportunity to come onto the show at a later date to discuss "lies" the media has told about him.

"Senator Ron Johnson, I look forward to our face-to-face at some point. Thanks for coming on and sharing your perspective with us," Todd said as he wrapped up the interview.

"So do I," Johnson said in closing.