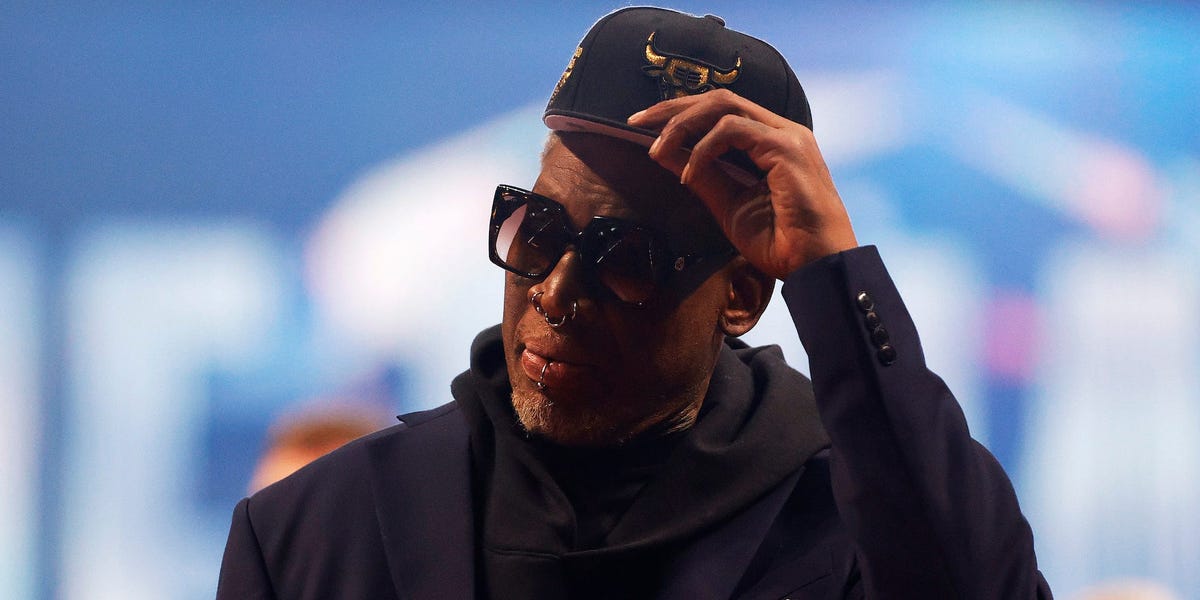 Former NBA player Dennis Rodman said he plans to travel to Russia this week to aid in the release of WNBA star Brittney Griner, NBC News reported on Sunday.
"I got permission to go to Russia to help that girl," Rodman told NBC News. "I'm trying to go this week."

She's been detained in Russia since February when she was arrested at a Moscow airport for carrying vape cartridges containing cannabis oil in her luggage.

Her arrest sparked an international firestorm, prompting The White House to weigh options to secure Griner's release. The US has proposed a prisoner swap to free Griner, but Russia has not formally responded. Griner was sentenced to nine years in prison by a Russian judge.

The two-time Olympic gold medalist and her defense maintained throughout her trial that the inclusion of the vape cartridges in her luggage was purely accidental, as Griner forgot to take them out of her bags while packing in a hurry, Insider previously reported.

This isn't the first diplomatic effort by Rodman. He's visited North Korea and hung out with Kim Jong-un, multiple times over the past decade. Rodman, however, said he is sure he can cultivate a relationship with the Russian president.

"I know Putin too well," he said, per NBC News.