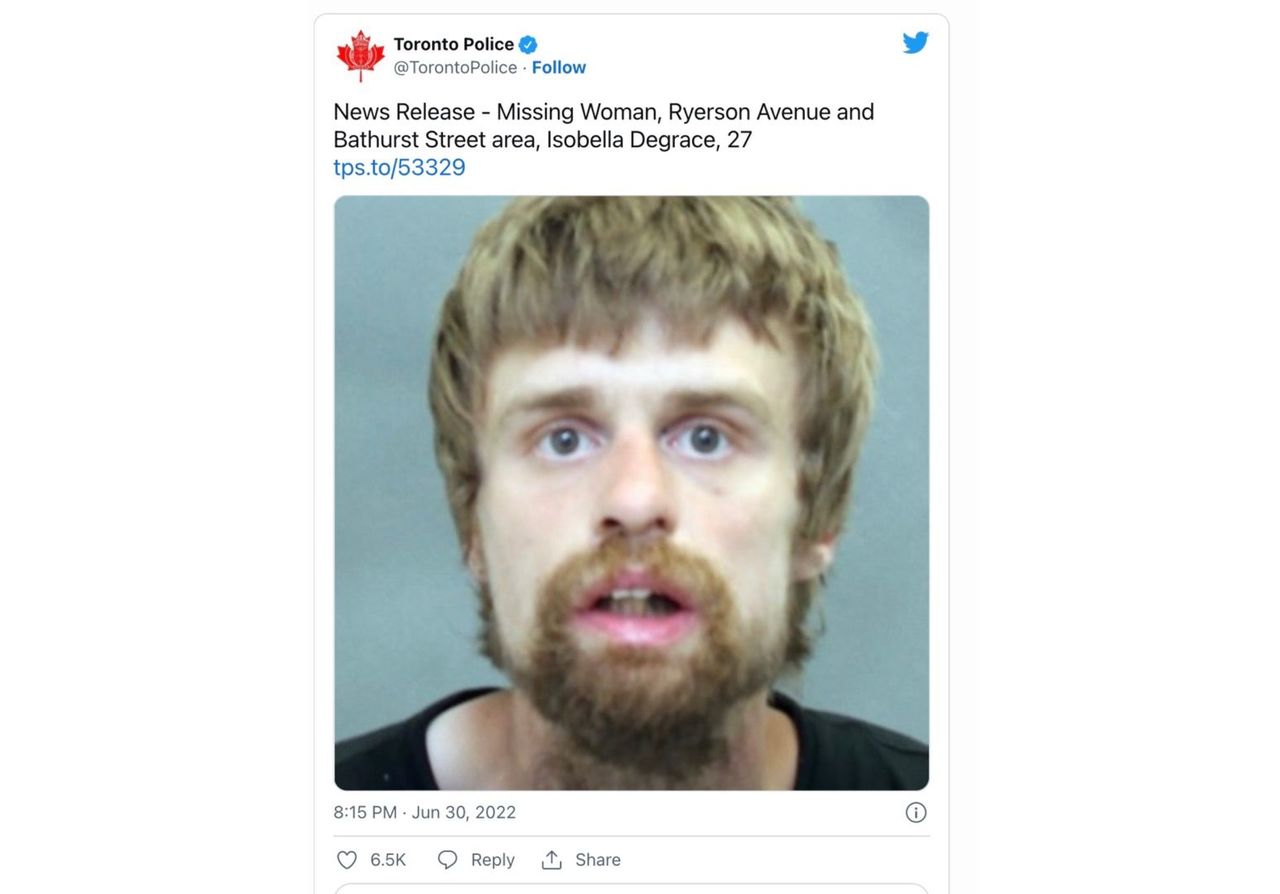 Missing woman with beard: Toronto police ask for public help in locating a woman whose binder publication has raised many questions

Listen to the article
0:00 / 0:00
Voice by MediaWorks
Toronto police last weekend released a notice about a missing woman and asked for public assistance in locating her. According to the statement, 27-year-old Isabella Grace has been missing for about a week and has been described as a woman who stands about eighty meters tall, with a slim body, blond hair and a beard that adorns her face.
In a photo attached to the Toronto police statement, the woman Isabella Digrees is seen as a bearded and hairy man.

Under Canadian law anyone is allowed to change the gender to which they belong and turn from a man into a woman and vice versa even without sex reassignment surgery.

A few years ago a young blonde journalist, who worked for a right-wing news site that opposes government policy, documented the process of her becoming a man. She went to the doctor, explained that she felt like a man and immediately received confirmation that she is a man.

Equipped with this certificate, she went to the local government offices, which, at her request, corrected the gender from woman to man in her ID card.