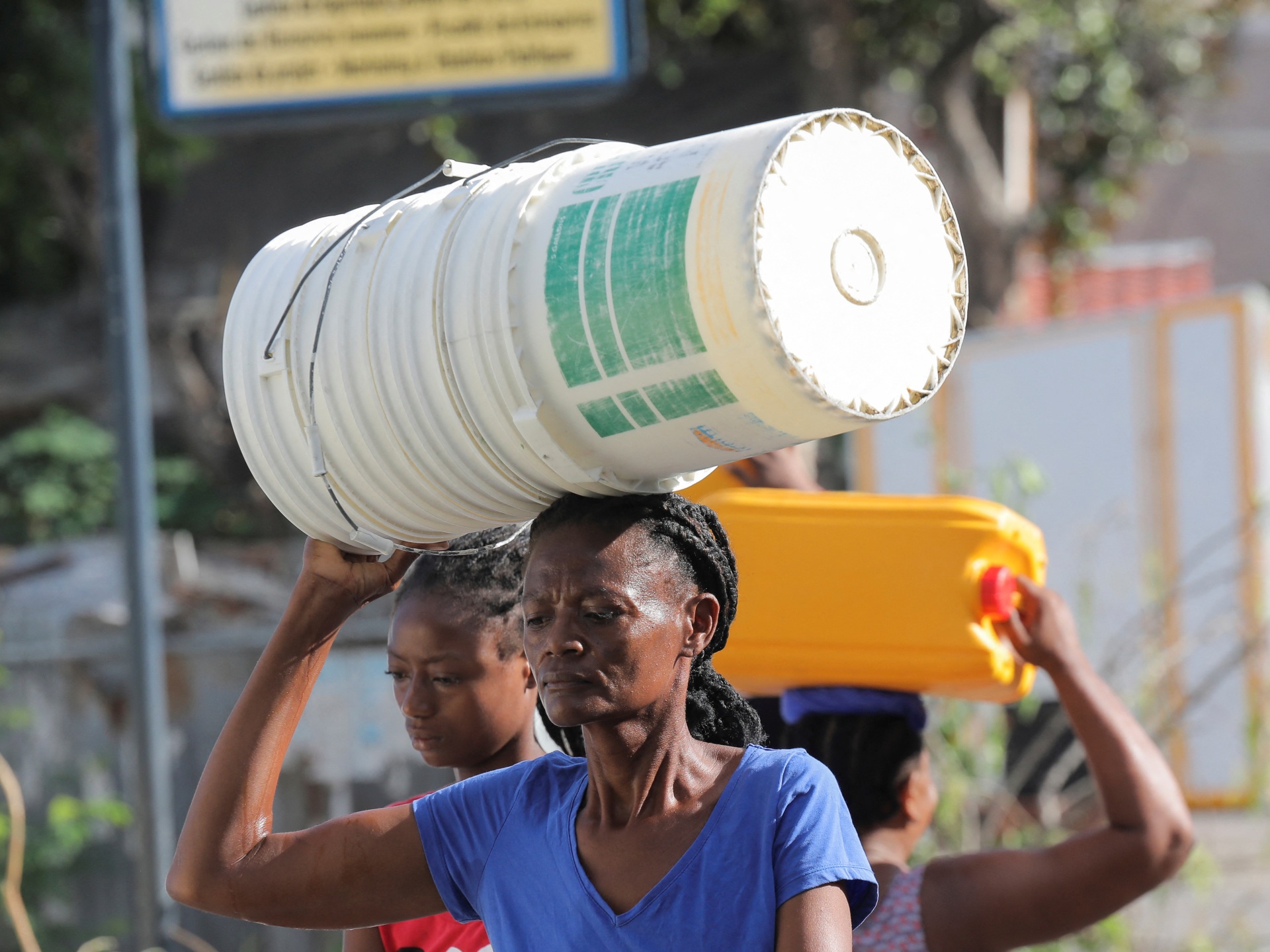 An approaching storm was causing more worry in the Caribbean country on Saturday.

Many residents of Haiti’s capital Port-au-Prince have been forced to shelter at home this week as gunfire broke out and burning tires blocked streets during protests over fuel price hikes and crime.

The unrest slowed or halted companies that typically deliver water in the city where daily high temperatures have been hitting 34 degrees Celcius (93 Fahrenheit).

Many took advantage of an expected half-day truce on Saturday to rush to distribution centres to stockpile a few days’ supply of water and cooking gas, which has also run short in many places.

Fears about the approach of tropical storm Fiona also fueled the rush to get water.

Forecasters said the storm’s heaviest rains were more likely to hit the Dominican Republic on the east of Hispaniola island.

Jean-Denis Severe, a resident of Fort National, said many had to travel miles to fill buckets and bottles, and then carry them back home.

“I live in Fort National, since there are blockades in the country, we came here to buy water. If it was not for these places, we would die from thirst,” he said.

The country’s latest unrest came as inflation surged to its highest in a decade and gang violence has left hundreds dead and thousands displaced, with much of Haiti’s territory beyond government reach.

Richardson Adrien, a Port-au-Prince resident, told the Reuters news agency that the lack of potable water was just the latest headache. Residents in recent months have also struggled to find fuel, leaving some unable to work.

Finding clear water “is a problem. We look for it everywhere and we can’t find it. We put Clorox in the water to be able to drink it, you can’t find water,” he said.

The Haitian government did not immediately respond to a request for comment.