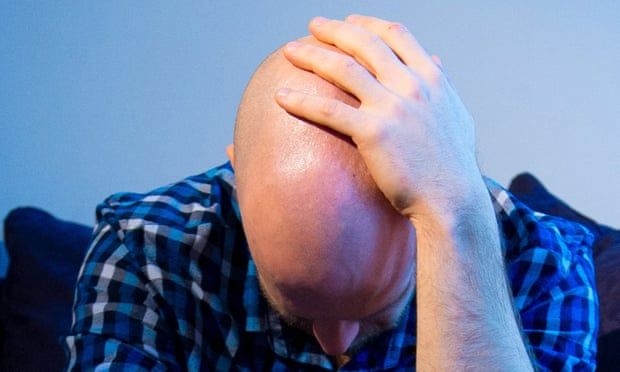 The Covid crisis has sparked a dramatic rise in the numbers of people experiencing mental health problems, with 1.6 million waiting for specialised treatment and another 8 million who cannot get on the waiting list but would benefit from support, the heads of the NHS Confederation and the Royal College of Psychiatrists have told the Guardian.

In some parts of the country, specialist mental health services are so overwhelmed they are “bouncing back” even the most serious cases of patients at risk of suicide, self-harm and starvation to the GPs that referred them, prompting warnings from doctors that some patients will likely die as a result.

Sajid Javid, the health secretary, who has acknowledged that national levels of depression have almost doubled since the start of the pandemic, is facing pressure to rapidly develop a “comprehensive plan” to respond to the soaring demand for mental health care in England.

The call follows the publication of the long-awaited NHS elective recovery plan this month, which finally set out how the backlog of people needing planned surgical procedures is to be addressed.

“We are moving towards a new phase of needing to ‘live with’ coronavirus but for a worrying number of people, the virus is leaving a growing legacy of poor mental health that services are not equipped to deal with adequately at present,” said Matthew Taylor, the chief executive of the NHS Confederation, which represents the whole of the healthcare system in England.

“With projections showing that 10 million people in England, including 1.5 million children and teenagers, will need new or additional support for their mental health over the next three to five years it is no wonder that health leaders have dubbed this the second pandemic. A national crisis of this scale deserves targeted and sustained attention from the government in the same way we have seen with the elective care backlog.”

The NHS Confederation is calling for an expansion of NHS estates for specialist mental health care, and a major recruitment drive, as part of a recovery plan. One in 10 consultant psychiatrist posts are unfilled.

Dr Adrian James, the president of the Royal College of Psychiatrists, said: “We urgently need a fully funded mental health recovery plan, backed by a long-term workforce plan, to ensure everyone with a mental illness can get the help they need when they need it.

“Millions of children, young people and adults are seeking help from mental health services that are overstretched and under-resourced. The situation is critical. The government cannot afford to neglect mental health recovery any longer.”

Health leaders also believe a key element of a recovery plan should include a focus on providing early support for children and young people with mental health problems. There has been a 72% increase in children and teenagers referred for urgent support for eating disorders in one year, and a 52% rise in emergency referrals for under-18s to crisis care since the start of the pandemic.

“The impact of the pandemic on young people’s mental health cannot be overstated,” said Olly Parker, the head of external affairs at the charity YoungMinds.

One family doctor in Hertfordshire, Dr David Turner, said he was so concerned about the situation that he had chosen to speak out publicly for the first time in his 25-year career. “I and many other GPs feel the issue has become critical and it is only a matter of time before a child dies,” he told the Guardian.

Turner said access to child and adolescent mental health services (CAMHS) was “never great pre-Covid” but was now “appalling”. The double whammy of a spike in demand and underinvestment in CAMHS was putting patients at risk, he added.

One particularly “dangerous” new trend, Turner said, was CAMHS “bouncing back” patients with serious mental health disorders to GPs who had referred them for specialist treatment. It means GPs are being relied upon to carry out weekly weight checks and blood tests, and monitor vital organs of patients with anorexia nervosa, some of whom are at risk of self-harm, suicide or starvation. “We have no specific training in this specialised area,” he said.

Dr Phil Moore, a GP and chair of the NHS Confederation’s mental health, learning disability and autism system group, said he was concerned that the mounting backlog of care could see patients “deteriorating to the point of crisis”. “No clinician wants to see this happen,” he added. “This was a problem before Covid but things are a lot worse now.”

The Department of Health and Social Care has been approached for comment.
#Coronavirus  #Covid