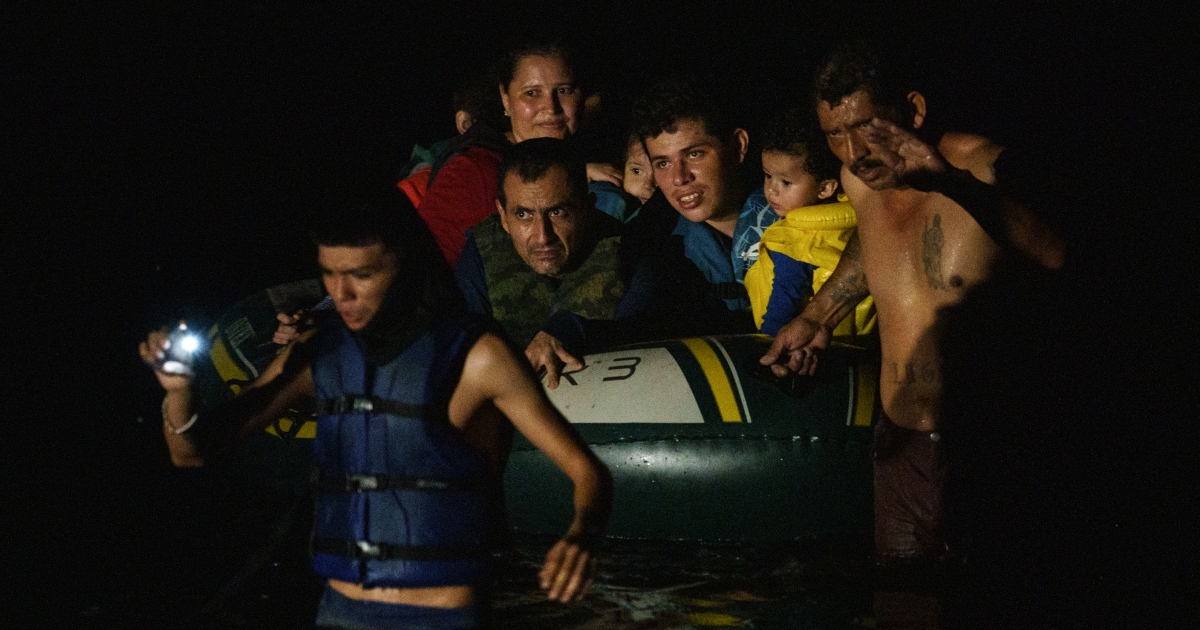 Applications for refugee status in Mexico have roughly tripled this year compared with 2020, the government has said, in the face of a significant influx of people bound for the United States.

The country has received 123,187 requests in 2021, up from 41,230 last year, Mexican Foreign Minister Marcelo Ebrard told reporters on Tuesday, describing the increase as “enormous”.

The government and the United Nations were supporting the Mexican Commission for Refugee Assistance to deal with a backlog of applications, Ebrard said, adding that the organisation needed more personnel and funding.

Mexico has a relatively simple asylum process and approves more than 95 percent of applications, Ebrard added.

In recent months, tens of thousands of migrants and refugees fleeing poverty and violence have arrived in Mexico, where many are seeking asylum while waiting to try to enter the US.

People smugglers commonly hide undocumented migrants and refugees in trucks bringing them from Guatemala into Mexico, from where they head north to the US border.

Underscoring the dangers they face, a horrific road accident earlier this month left 56 people – mostly asylum seekers from Guatemala – dead after the truck transporting them overturned.

The incident put a spotlight on the dangers people face on the road to the US border, often at the hands of human traffickers known as coyotes.

Dozens of asylum seekers have died from violence or crashes in Mexico over the past decade, while the US has seen an unprecedented increase in the number of people seeking to cross into the country at its southern border this year.

Most of the asylum seekers are from the so-called Northern Triangle countries of Guatemala, Honduras and El Salvador, which are experiencing widespread gang violence and corruption, as well as high rates of poverty and unemployment, among other issues.

Dominga Tiniguar, who lives in a village called Xepol in Guatemala, lost her son in the December 9 crash in Mexico. He was a farmworker who planned to earn money in the US before returning to Guatemala.

“He was going to Chicago to work so he could build a house here in Xepol and buy a piece of land,” Tiniguar told the Reuters news agency, holding a photo of her son, Elias Salvador Mateo Tiniguar.
01:16

This year has also seen a surge in asylum seekers from Haiti arriving in Mexico with the hope of crossing into the US.

But US President Joe Biden’s administration has maintained a Trump-era border closure policy known as Title 42. Invoked due to the coronavirus pandemic, the measure allows US officials to immediately turn back most people that arrive at the border without processing their asylum claims.

The Biden administration also resurrected another programme first put in place by Donald Trump to restrict immigration into the US. The “Remain in Mexico” policy forces asylum seekers to wait in Mexico for their US immigration hearings.

Rights groups have lambasted the policy as one that puts people at risk in violence-ridden Mexican border towns or in squalid border camps.

The number of Haitians claiming asylum in Mexico increased more than seven-fold between 2020 and 2021, from 5,935 claims for all of 2020 to 47,494 between January and November 2021, according to Mexico’s National Institute of Migration (INM).

The INM also recorded a substantial increase in Haitian nationals entering the country outside official ports of entry – from 3,891 in 2019 to 17,516 from January to October of this year.

More than 190,000 undocumented foreigners were detected in Mexico between January and September, according to authorities. Some 74,300 were deported.