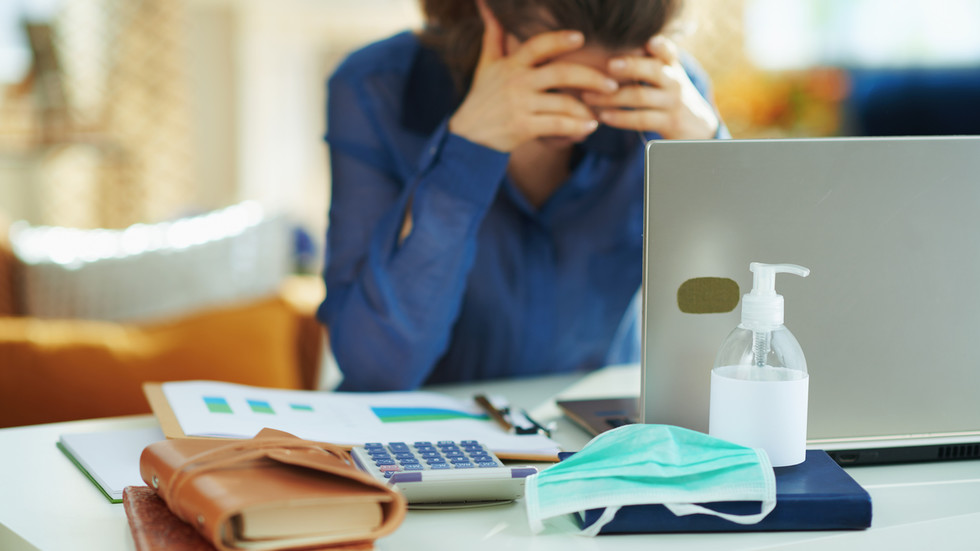 Many Canadians keep quiet about Covid stress, worried it will hurt their career, and are drinking more – report

Many Canadians are afraid to share at work how Covid is affecting their mental health, fearing it will have a negative impact on their career. And the higher up they are, the more those fears increase.
The findings are contained in a snapshot report that looks at the mental health of Canadians, finding that many were still in the same headspace in February as they were when the pandemic shut down Canada a year ago.

Almost half of all respondents (44%) say they feared that if they told an employer about having a mental health issue, their career would suffer, and this fear increased in line with the rung on the career ladder the respondent had reached.

One in two managers reported that they felt speaking up about mental health would hurt their career. Those feelings were less prominent among employees in non-management positions (39%).

The data was analyzed by Morneau Shepell, which provides personnel services to 24,000 clients globally. It began tracking the effects of the pandemic last April, producing a monthly snapshot index and comparing the results to surveys it had collected over the previous three years.

“The extreme isolation and loneliness that we reported in recent months is having a direct impact on Canadians’ mental wellbeing,” said Stephen Liptrap, the company’s president and CEO.

But the worries about speaking about mental health are not confined only to the workplace. More than one in three people polled said they wouldn’t tell their friends if they were suffering a mental health issue such as acute stress, because they feared they would be treated differently.

To deal with that stress, many Canadians are drinking alcohol more heavily instead, the survey found. In the early days of the pandemic, one in six said they were drinking more than before – now nearly one in two say they are. According to the index, those who consumed more alcohol scored lowest when it came to feelings of depression and poor mental health.

“It’s evident that, while employees may not reveal they are struggling with their mental health, many are struggling in silence and coping in ways that do more harm than good,” said Morneau Shepell’s vice president of research, Paula Allen.
#Covid