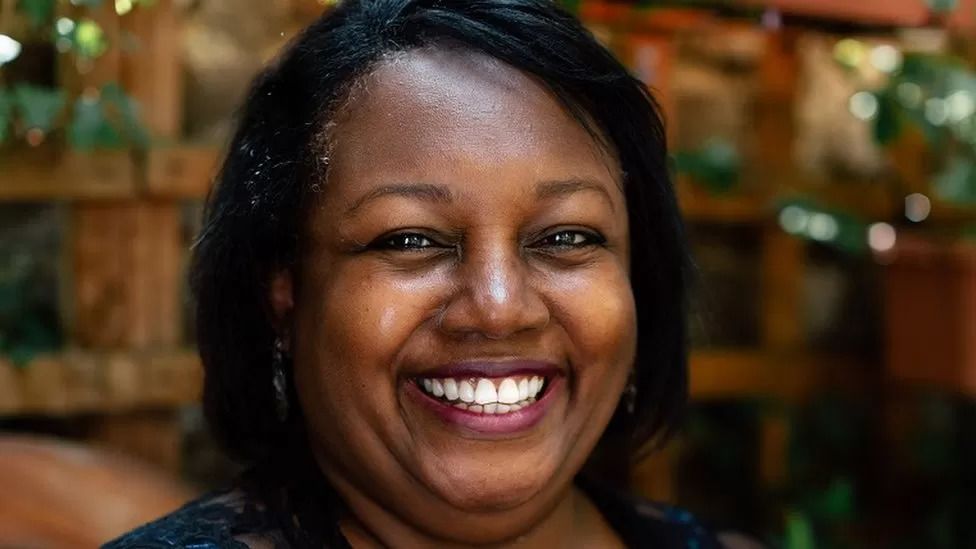 One of the UK's most successful children's authors says schools should teach black history all year round.

Malorie Blackman said history lessons should tell "the whole truth" of the British Empire, such as Britain's role in the transatlantic slave trade.

Schools in England are not currently required to teach any black history.

Adding it to the curriculum would help prevent those speaking out against racism being accused of "race-baiting", the former children's laureate said.

"For some people, they don't want anything taught that makes them uncomfortable," Blackman told BBC News.

But history should not be about "cherry-picking the best bits" and she looked forward to Black History Month - October in the UK - becoming redundant because the topic was being taught all year round.

"If you're talking about the history of Britain, then that history includes black people and people of colour," Blackman said.

"My [ancestors'] history did not start with slavery. Black people have been in this country since Roman times, if not before."

The curriculum in Wales changed this year to include diverse experiences of people belonging to ethnic minorities.

And if other parts of the UK followed suit, Blackman suggested, it would help address racism.

"Hopefully, we can get past this nonsense of people saying you should go back to where you came from and so forth, which I still get when I mention this subject," she said.

"Let's talk about the full history, embrace it warts and all, so that we can learn from it."

The Department for Education did not provide a response to Blackman's comments.

But it says the current curriculum in England gives teachers the freedom and flexibility to include black voices and experiences.

The Scottish government says its curriculum provides opportunities to teach black history all year round, if teachers want to.

Best known for young-adults' series Noughts and Crosses, recently turned into a BBC drama, Blackman's work has played a significant role in diversifying children's literature over the past 30 years, exploring race and identity issues.

Her new memoir has been published through the rapper Stormzy's brand, Merky books, created to increase representation in literature.

There had been progress, Blackman said, but there remained room for improvement.

"We still need more books from the Gypsy, Roma and Traveller communities, working-class authors and books from and about neuro-divergent children," she said.

Black history: Should it be part of the wider curriculum?