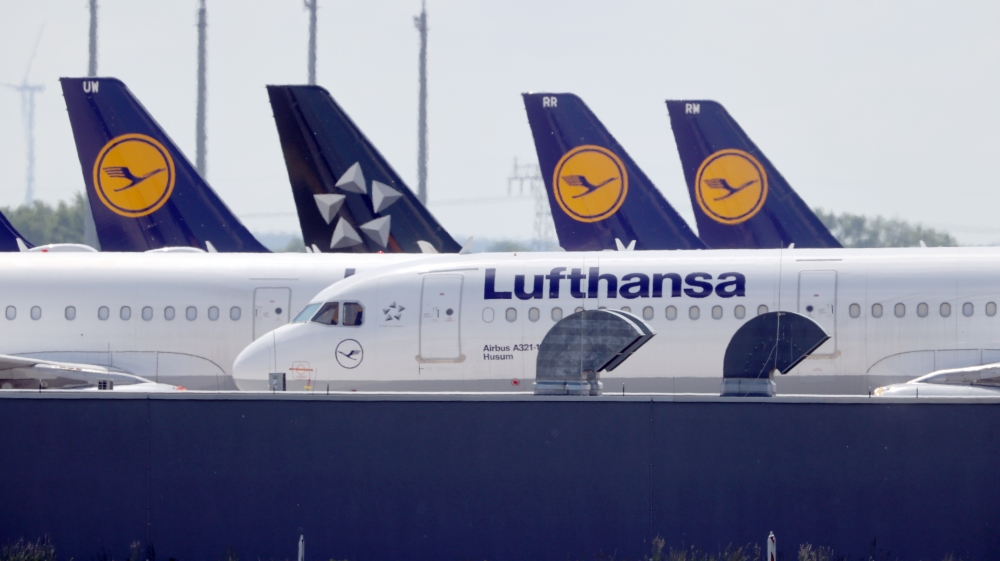 Lufthansa cancels over 1,000 flights due to ground staff walkout

The cancellation of flights in Frankfurt and Munich by Germany’s flagship carrier affects more than 130,000 passengers.

Germany’s flagship carrier Deutsche Lufthansa says it is cancelling more than 1,000 flights in advance of a one-day walkout by ground staff scheduled for Wednesday.
Strikes and staff shortages have already forced a number of airlines to cancel thousands of flights and caused hours-long queues at major airports, frustrating holidaymakers keen to travel after COVID-19-related lockdowns.

Lufthansa said on Tuesday it had cancelled 678 flights at its Frankfurt hub, most of which were scheduled for Wednesday, and 345 flights at Munich.

The move affected more than 130,000 passengers, Lufthansa said, adding that there could be a few more cancellations and delays on Thursday and Friday, after the end of the strike called by labour union Verdi in pursuit of a 9.5 percent pay rise.

Earlier in June, Lufthansa had cancelled an additional 2,000 summer flights from Frankfurt and Munich, citing staffing shortages at airports as well as industrial action and the ongoing coronavirus pandemic.

“We certainly made mistakes while saving our company and more than 100,000 jobs over the past two years,” Spohr said in a letter to staff seen by Reuters news agency.

“Did we go too far in cutting costs here and there, under the pressure of the more than 10 billion euros [$10.6bn] in pandemic-related losses? Certainly, that too,” he added.

The company is recruiting new staff, including thousands of employees in Europe, but the efforts will only bear fruit in winter, Spohr said.

Airlines around the world had slashed jobs and other costs during the pandemic, which grounded most flights, and found themselves in a quandary as demand returned.