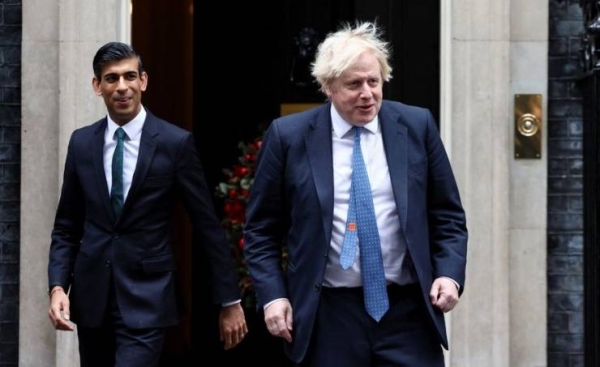 Boris Johnson and former finance minister Rishi Sunak were leading the potential contenders to replace British Prime Minister Liz Truss on Friday, with candidates canvassing support to become Conservative Party leader in a fast-tracked contest.
After Truss quit on Thursday, ending her six weeks in power, those who want to replace her were trying to find the 100 votes from Conservative lawmakers needed to run in a contest which the party hopes will reset its ailing fortunes.

With the Conservatives all but facing a wipe out in the next national election according to opinion polls, the race is on to become the fifth British premier in six years.

The winner will be announced on either Monday or Friday next week, reports Reuters.

In what would be an extraordinary comeback, Johnson, who was ousted by lawmakers just over three months ago, was running high up the ranks alongside Sunak to be crowned the next prime minister.

Sunak, the former Goldman Sachs analyst who became finance minister just as the COVID-19 pandemic arrived in Europe, is favourite with bookmakers, followed by Johnson.