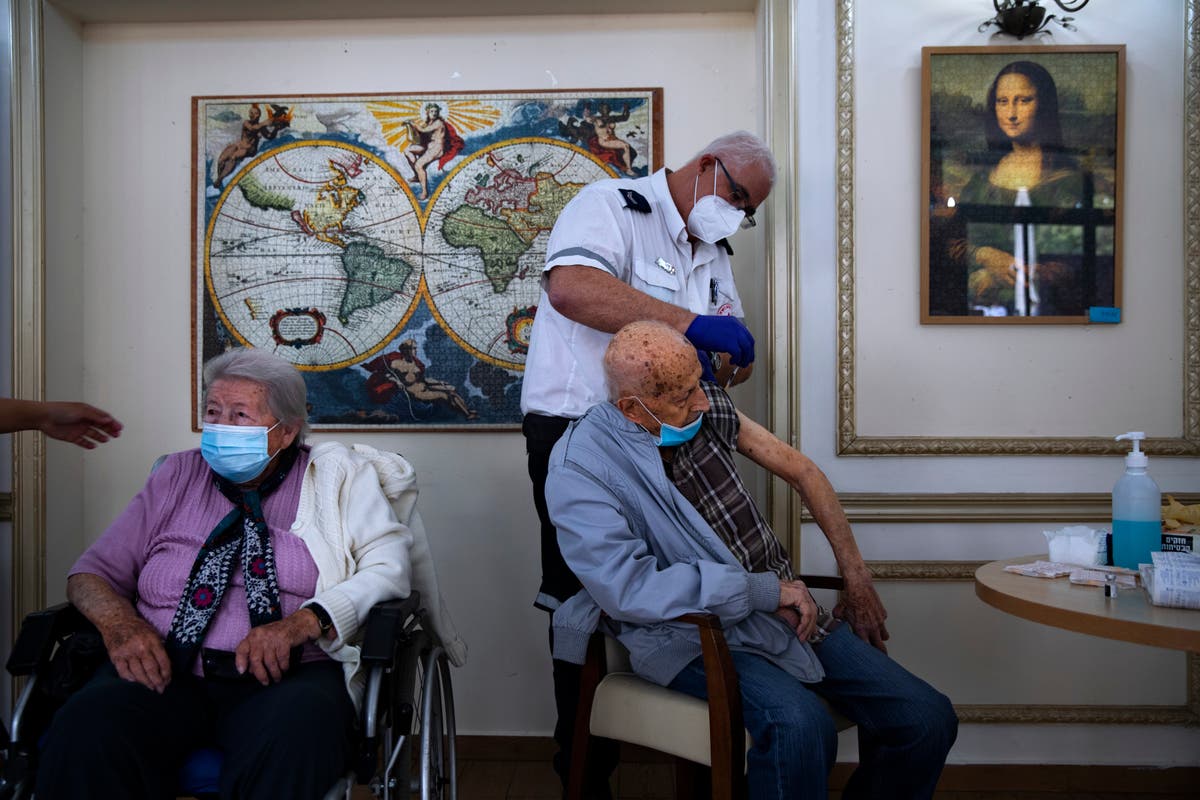 Israel’s grand booster vaccine experiment as the world watches on

As Covid cases spike, Israel is embarking upon the world’s first vaccine booster programme. Will it work - and what happens if it doesn’t? By Anshel Pfeffer

The only person who kept calm in the packed health clinic in northern Jerusalem on Monday morning was a 19-year-old military medic. As dozens jostled in the narrow corridor leading to the vaccination booths, arguing over whose turn it was next, he surveyed the scene wryly before sitting back in his booth and preparing a syringe with 0.3 millilitres of the Pfizer-BioNTech vaccine which he then plunged into my shoulder.

“This is actually a lull,” he said. “You should have been here an hour ago when the real chaos began.” Perhaps for the soldier — seconded the previous week from his combat engineering battalion on desert manoeuvres — sitting all day in an air-conditioned clinic was an improvement. But no one else there shared his equanimity.

Israel is the first country to embark on a second nationwide vaccination campaign for Covid-19. This time, the jabbing takes place on two fronts. For those over 30, who received their first two jabs at least five months ago, there’s a third “booster” dose. There’s also a push to vaccinate as many secondary pupils (over-12s) as possible before the new school year begins next Wednesday.

But although more than a million and a half Israelis have already had a third jab, the atmosphere is very different from the first roll-out, when huge vaccination centres were opened in sports stadiums and city squares, and many people, overjoyed at the prospect of lockdown lifting, broke into song and started dancing. Now, Covid cases are spiralling again — with the daily rate more than doubling in the past two weeks. Hospitalisations are also rising. “I believe we are at war,” coronavirus commissioner Professor Salman Zarka told a parliamentary committee this month. Israel is pinning its hopes on the booster programme.

It wasn’t supposed to be like this. Back in March, Israel’s vaccination programme was the envy of the world. And vaccines, which proved effective against a third wave of Covid-19 fuelled mainly by the Kent variant, allowed the country to reopen. Joyous Israelis, with the “green pass” vaccine passport on their smartphones, packed out restaurants and bars, and vaccination centres were dismantled. In March, face mask requirements were removed. Then came the Delta variant. Now, Israel finds itself serving as a test case for the longer-term efficacy of a vaccine programme. 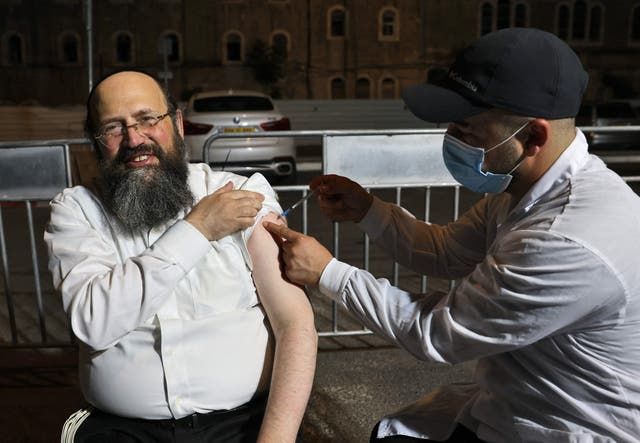 Public health experts are not surprised. They had warned that it was impossible to predict whether the new vaccine would give adequate protection against new variants — that the protection would wane over time, perhaps in a matter of months. And that while it would probably continue to give significant protection against serious illness from Covid-19, that didn’t mean those vaccinated couldn’t still become infected and pass the virus on to others.

And that’s exactly what happened in the spring. The first Israelis to get vaccinated in December (unlike in Britain, Israel worked according to the Pfizer protocol, delivering the two doses three weeks apart) were relatively mobile and well-to-do citizens over the age of 60. As the country emerged from lockdown, many flew abroad for holidays. With the vaccine beginning to weaken, some came home infected with the Delta variant. Next, they infected their children and grandchildren, and the highly contagious strain swept through schools in the weeks before the summer holiday.

It didn’t help that around that time, the government changed and ministers took their eyes off the ball. In the spring, then prime minister Benjamin Netanyahu was basking in the success of the first roll-out, which he ascribed to his decision-making and influence with big pharma, claiming this enabled him to secure early shipments of the vaccine. Then, in May, he was distracted by the war in Gaza. Three weeks later he was out, replaced by Naftali Bennett, who sees himself as an expert on coronavirus — he ran for office partly on the basis of his manifesto, “How to Beat a Pandemic”. Bennett blithely predicted that “we can beat Covid-19 in five weeks”. That was over two months ago and Israel now has the second-highest level of new cases per capita in the world and the coronavirus wards that were closed in April have all reopened. 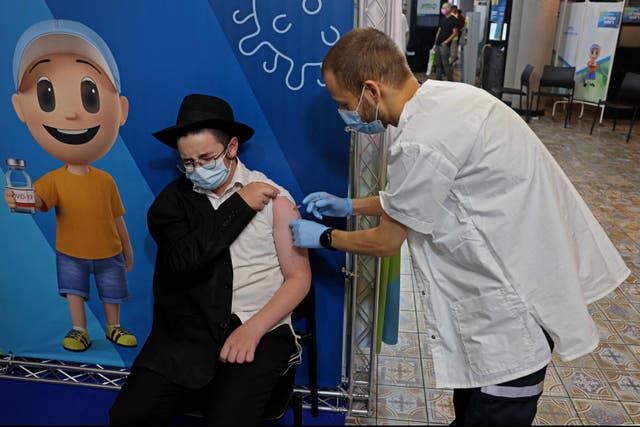 It isn’t all bad news, though. For a start, the vaccines are still working. After six months they are only 42 per cent effective against infection, but against serious illness they are still 80 per cent effective. Death rates are only half as high as they were in the previous waves and while less than 20 per cent of all Israeli adults have not been vaccinated, they account for half the cases in hospital. And now that the government has made the third dose available, it is already having an effect in boosting the resistance to infection of recipients.

The government decided on the boosters despite the World Health Organisation’s recommendation to wait until countries that have barely begun giving out first doses can get their vaccination campaigns under way. Israeli public health officials argue that since theirs is a small country, the booster doses do not impact on global supply, and that they are serving as a test-case for countries such as Britain which will give boosters in coming months. As the first country to administer booster jabs nationwide, Israel is embarking on a grand experiment. Bennett is adamant that the country will not enter a fourth lockdown, despite the rise in infections. 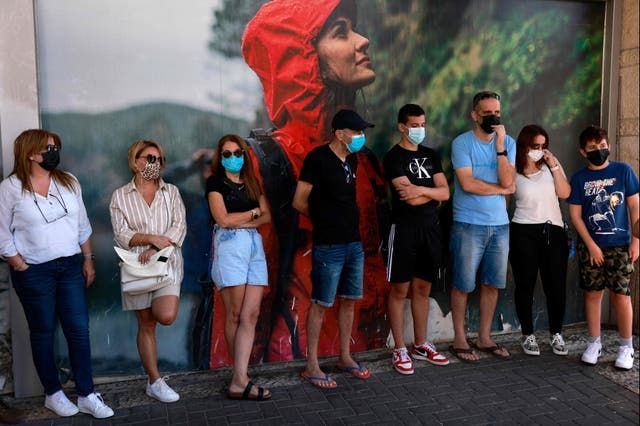 Vaccinations are so far keeping hospitals from being overwhelmed and experts are cautiously optimistic that the high uptake of third vaccines will keep it that way. For now, the school year is on track to begin next week. Face-masks are now mandatory again in all closed spaces and the target is for all secondary schools to be at least 70 per cent vaccinated before pupils return. The rest will be vaccinated at school within days of the start of term.

In primary schools, where under-12s cannot yet be vaccinated, there will be weekly testing. It’s a gamble, reopening schools while Israel is still at peak infection — experts calculate that one in every 100 Israelis is infected. And Rosh Hashanah, the Jewish New Year, a time of large family gatherings and communal prayers, begins on September 7.

However, Professor Doron Gazit, head of the Hebrew University’s Covid monitoring team, says: “We may actually have overestimated the danger of infection over the High Holidays. The chances of infection at family gatherings is counteracted by the reduced mobility as people travel less to work.”

Ultimately, the success of “containing” the Delta variant with booster jabs, face-masks and increased testing, while avoiding lockdown, could influence other governments’ policies on reopening schools and celebrating Christmas. It’s all eyes on Israel.