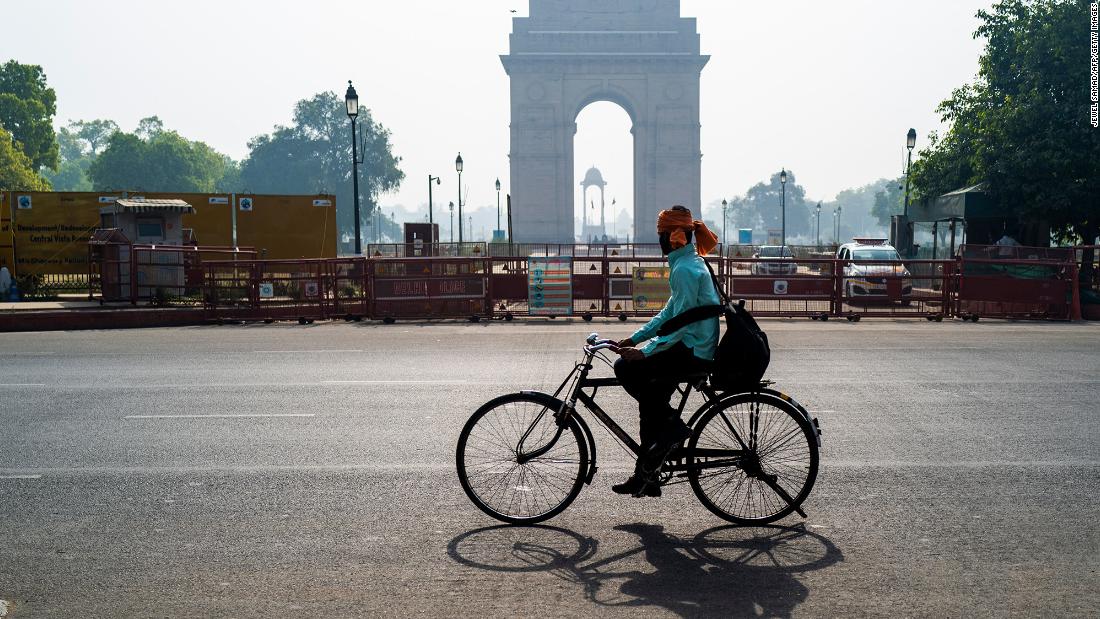 India doesn't want to shut down its economy again. It may get crushed anyway

India's government locked down the country last year to avoid an out-of-control Covid-19 outbreak that so many of the world's countries had endured. The plan was largely successful, but it crippled India's economy in the process.

Now India is facing its own devastating Covid-19 crisis, and Prime Minister Narendra Modi is reluctant to put his economy through another round of turmoil.

India's economy may get crushed again regardless.

That's beginning to play out in India's leather industry. 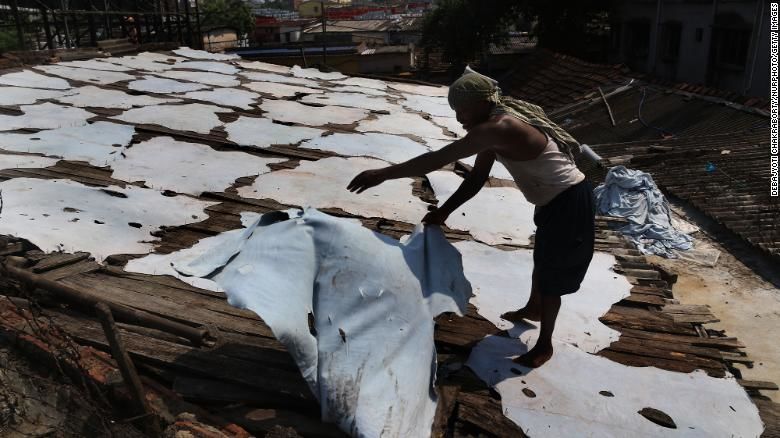 An Indian worker puts strips of leather to dry at a tannery in Kolkata, India on October 11, 2020.

Last year, the pandemic dealt a serious blow to India's leather industry. Leather exports slumped a steep 29.1% last year over the prior year, as the industry lost almost $1.4 billion in exports. That's because shoppers in the United States, European Union and United Kingdom held off on purchases during their own lockdowns, according to Aqeel Panaruna, chairman of the Council for Leather Exports.

One industry expert, who didn't want to be identified and is also currently infected with the coronavirus, said leather producers have suffered from a cumulative knock-on effect of a protracted shutdown last year. He's worried that a worsening second wave could set the industry back once again.

Much of that worry is fueled by the dynamics of the industry's workforce.

"The majority of the workforce is in the 18 to 45 years of age and have not been vaccinated as yet," noted Sanjay Leekha, vice chairman of CLE.

Shashi Kashyap is senior manager with Indian Leather manufacturer, a leather products manufacturer and exporter based in New Delhi. The 30-year-old family business operates three production facilities in the city, which is currently gripped by worsening health crisis.

In New Delhi, crematoriums are overflowing with Covid victims as the healthcare system buckled under the sheer volume of daily patients of the deadly virus. The country reported almost 380,000 new infections on Thursday, marking yet another global record for the highest single-day case count.

Kashyup said he has Covid, his elderly father is also infected as are other members of his family.

"We are just relying on god right now to get us through this," he said. "There's nowhere to go to get tested, no room in hospitals to get admitted. People are dying on the streets."

As he grapples with his personal reality, the company where he works is in dire straits, too.

2020 was a devastating year for the business. "All three of our facilities shut down for the first part of the year. Everything came to a stop," he said. Then, as business started to pick back up in the fall, India started experiencing a deadlier second wave.

"We only operated for two months last year and now we're shut down again," said Kashyup. 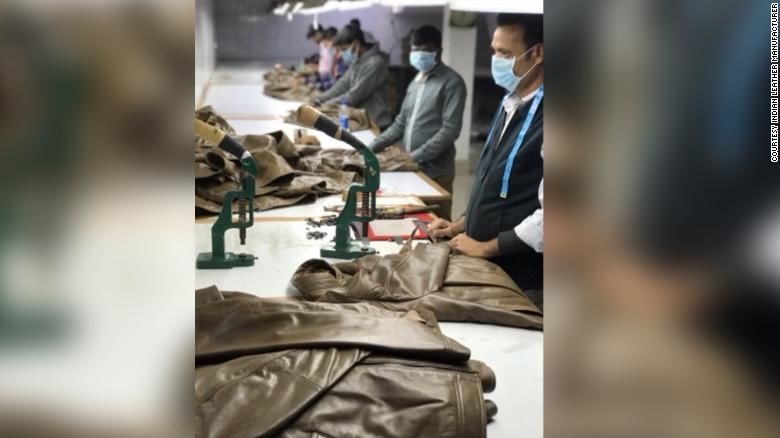 Indian Leather Manufacturer, a leather products exporter based in New Delhi, is struggling to stay in business as the country suffers a devastating Covid-19 second wave.

Kashyup said it's a situation that's being played out across India's key leather industry.

"I would say 50% of the factories in our industry were closed last year," he said. Kashyup said his company is struggling to hold on to its skilled craftspeople.

"We have to find a way to pay them even in this shutdown because if we don't, we know they just won't be able to survive. If it's not Covid, it will be because they have no money to live on."

Randa Apparel & Accessories, a large supplier of apparel and accessories like leather belts and wallets to retailers including Nordstrom (JWN), Walmart (WMT), Costco and Kohl's (KSS), is closely watching the situation in India.

Some of its owned and licensed brands include Levi's, Calvin Klein, Cole Haan and Haggar Clothing Co.

"For accessories, most of our raw material for India production (leather) comes from the north and is suffering understandable and considerable delays," said David J. Katz, EVP and chief marketing officer of Randa Apparel & Accessories.

"Our local raw material stockpiles are becoming a concern as demand for belts and wallets in the United States increases. However, our primary factories, suppliers, and new joint venture in India are in the Chennai region, which has been less affected by the pandemic spread. We're hoping it stays that way.

Production has been chiefly on schedule. Our deliveries from India have been somewhat delayed due to transportation and logistics backlogs."