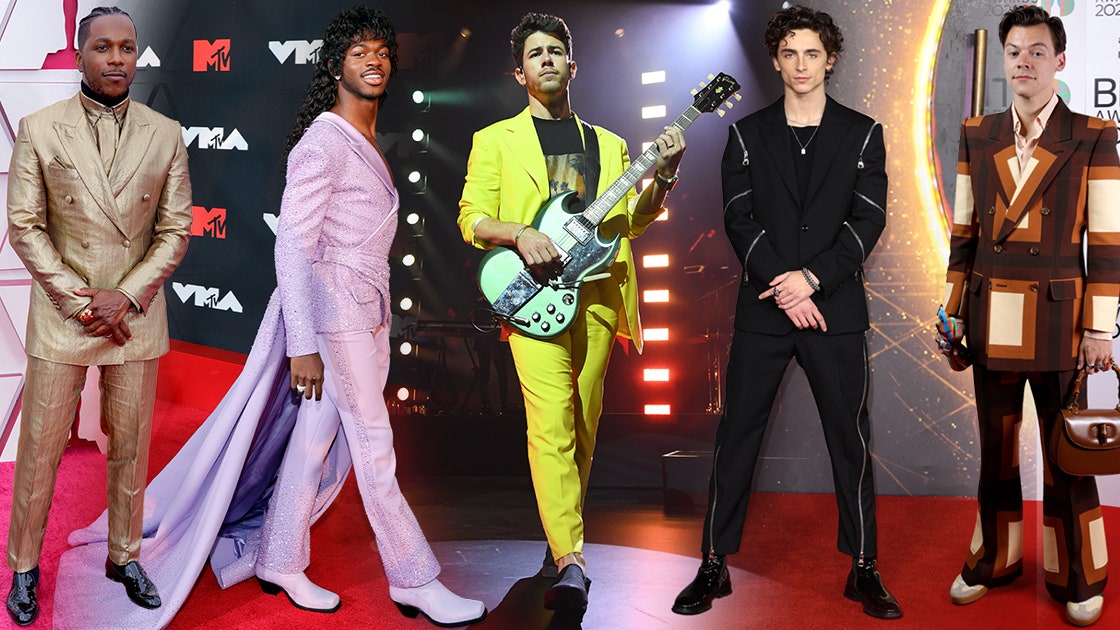 In Hollywood, Men’s Suits Are No Longer a Bore

This year, snoozy black tuxes on the red carpet became a thing of the past.

There was a not-so-distant time where men’s fashion on the red carpet was, let’s be real, a total snoozefest. Hollywood’s A-list men would hit the step and repeat in their standard black tuxedos or navy suits, blending into the background while Tinseltown’s leading ladies stole the spotlight in their glitzy, designer gowns. But the times, they are a-changin’, and today’s famous gents are now embracing more individuality with their suiting choices, opting for two-pieces with bold prints, sprightly colors, and interesting finishings. We say: It’s about time!

This year has truly proven to be the year of the statement suit, finally putting to rest the years of basic suits that make you want to yawn. Strong colors have been a breakout trend in particular: Stars like Maluma, Dan Levy, Nick Jonas, and Jake Gyllenhaal have rebuked neutrals in favor of embracing cobalt blues or softer, blush pinks. The key to pulling off such arresting hues? A super-sleek cut that keeps things looking elevated overall. At the Oscars this year, Leslie Odom Jr. even worked with stylist Avo Yermagyan to pull off a custom gold Brioni suit, which was threaded with real 24-karat gold. The Oscars statuette? Found shaking. 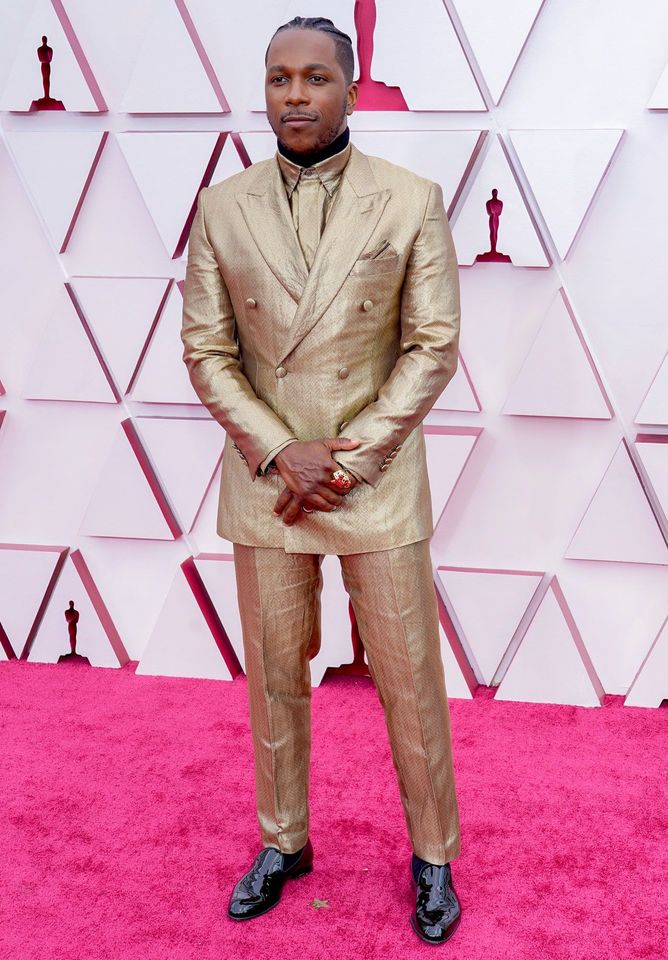 Impactful prints have also been having a red carpet moment. A prime example is the ’70s, wallpaper-esque Gucci suit that Harry styles wore to the Brit Awards. It instantly livened up the red carpet with its graphic appeal-as did the printed MSFTSrep suit Jaden Smith wore during London Fashion Week this season. As a bonus, we love how Smith layered necklaces overtop his tie-an undeniably cool styling touch. (Ties are also having a moment, by the way.)

Even this year’s more subdued suits have had visual interest, too. At a recent Dune premiere, Timothée Chalamet took on the standard black suit but totally modernized it: His Alexander McQueen two-piece was covered in edgy zippers. At the Met Gala this year, Justin Bieber also took on black by wearing a Drew House two-piece (designed by himself), yet the pant legs were baggy and the blazer fitted with extra-wide lapels. Whether subtle or bold flourishes, it’s clear that the world of suiting is looking up in 2021. There’s no going back now.

Below, some of this year’s best red carpet suits thus far. 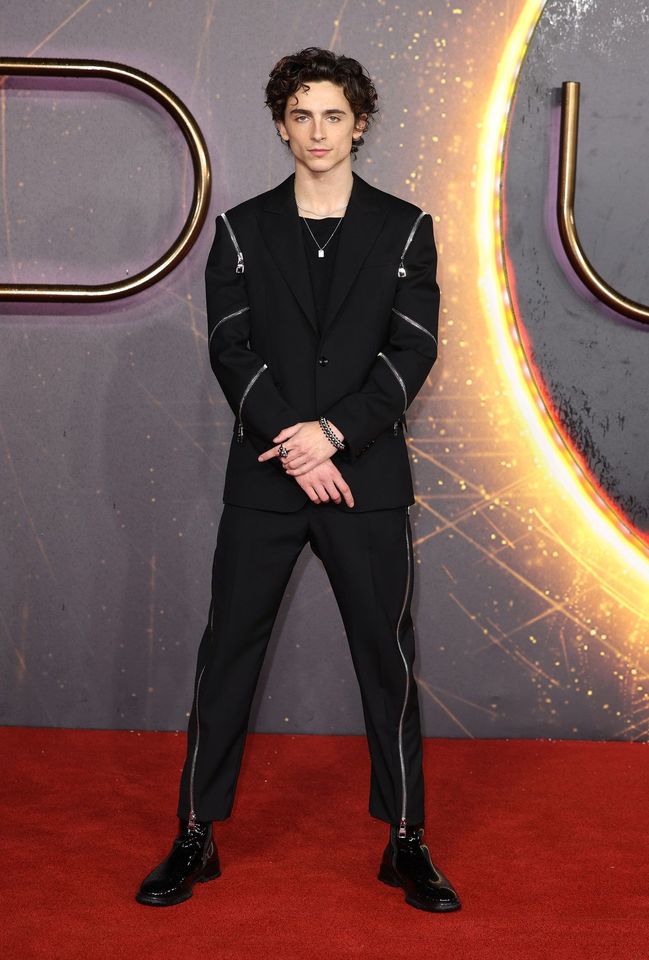 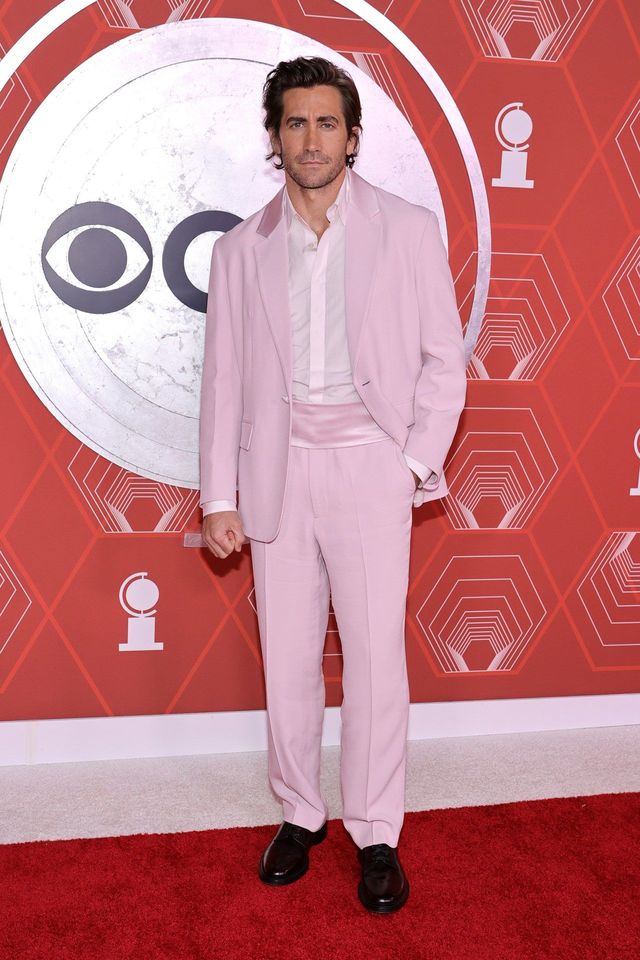 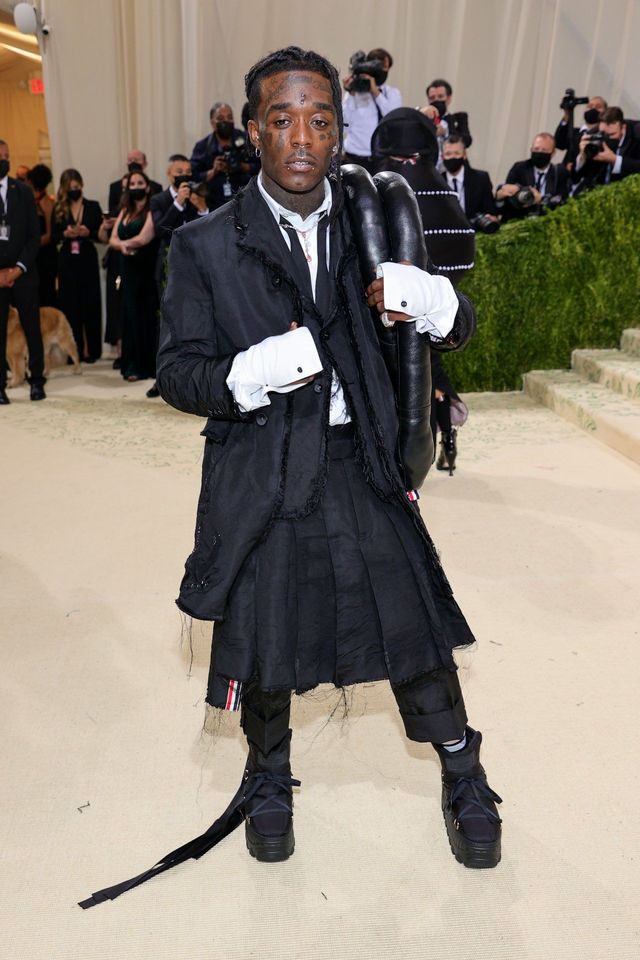 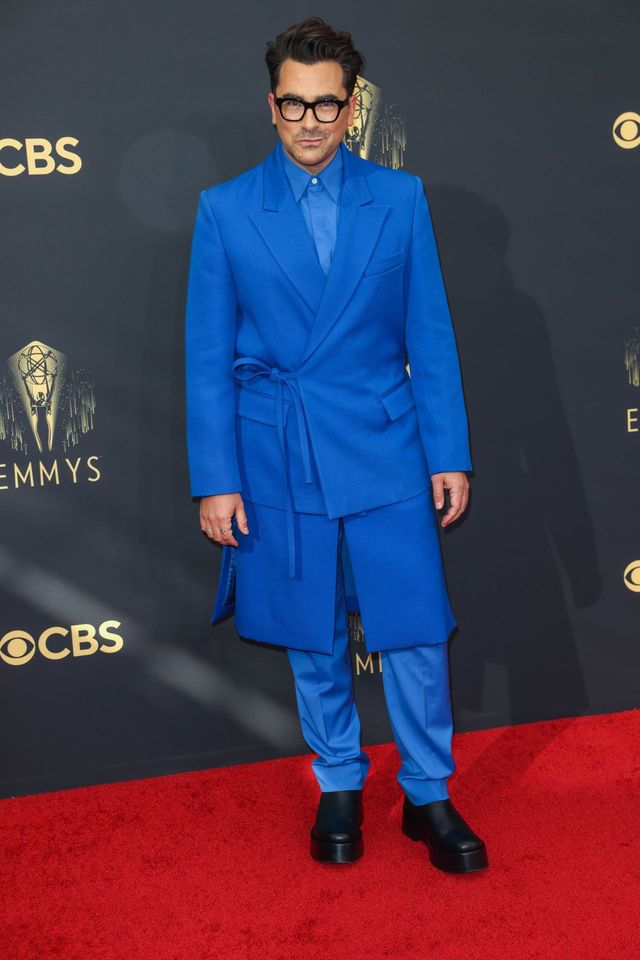 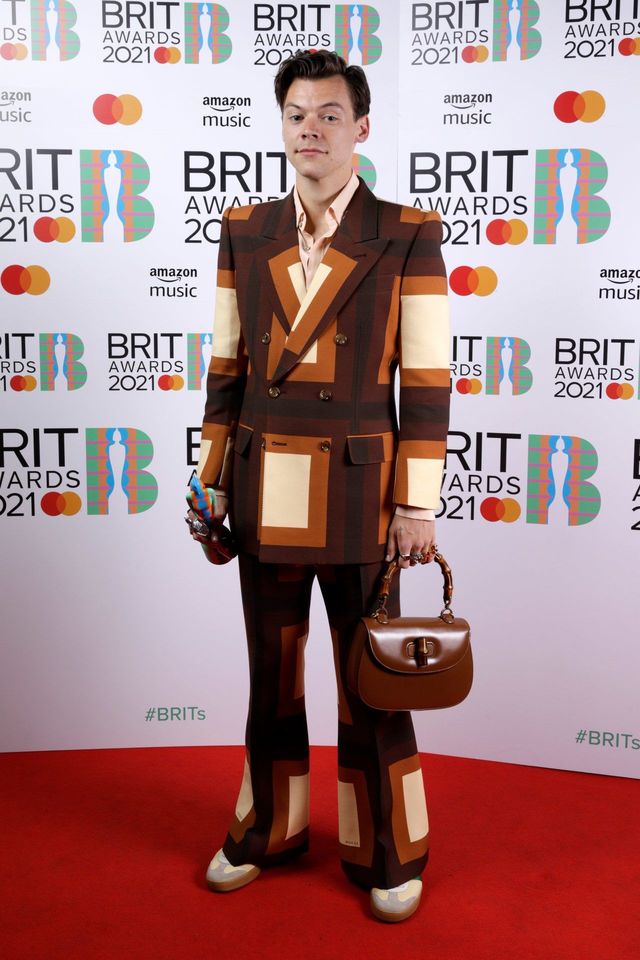 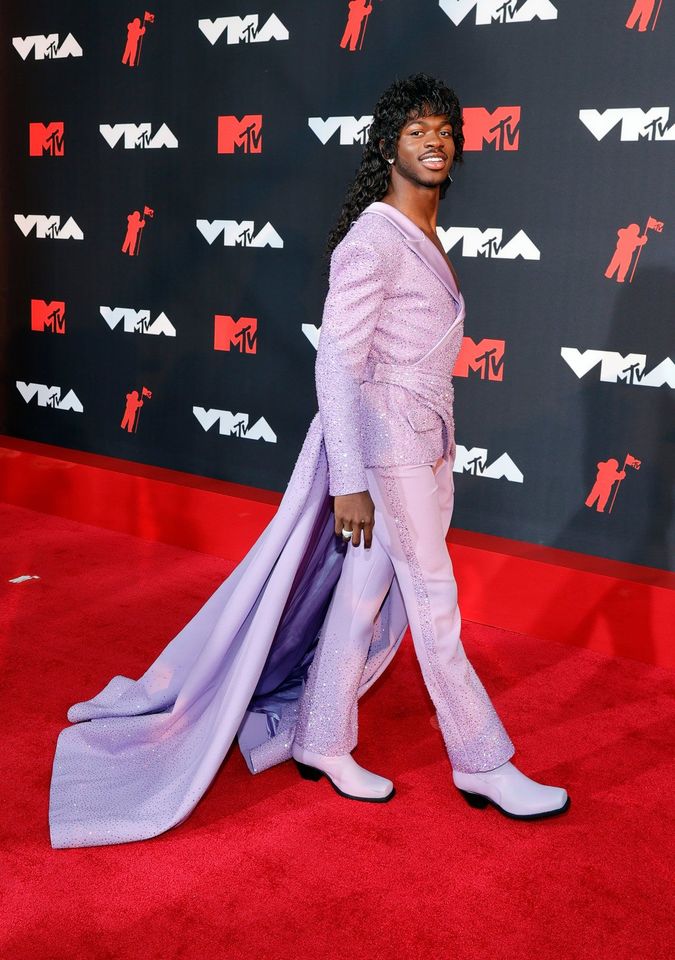 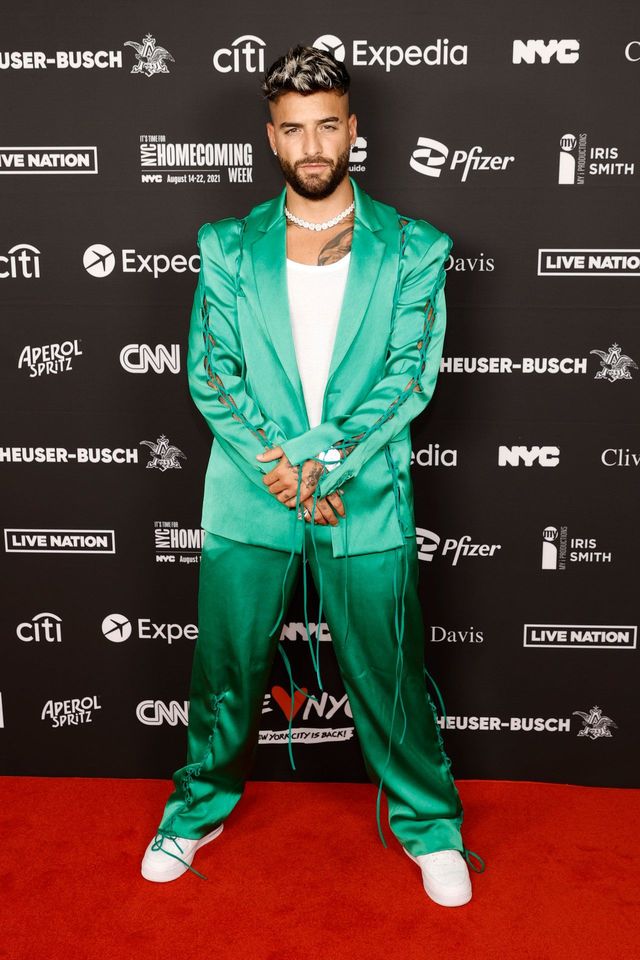 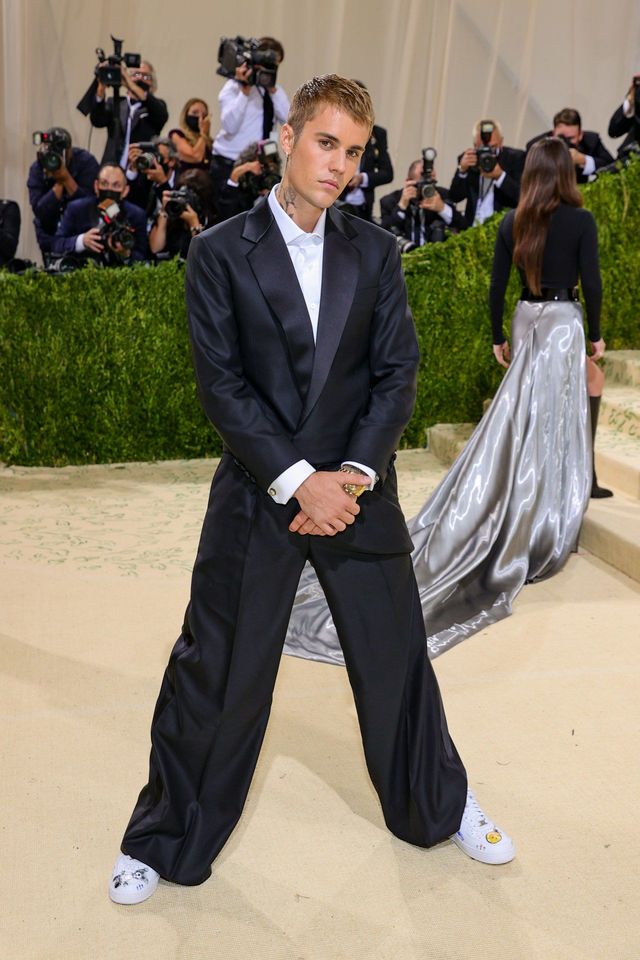 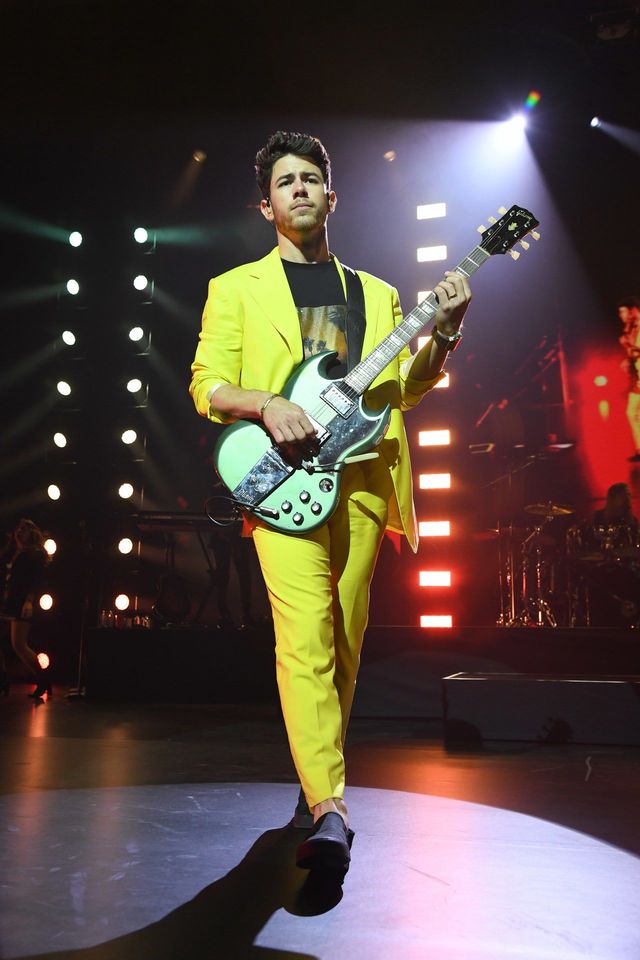 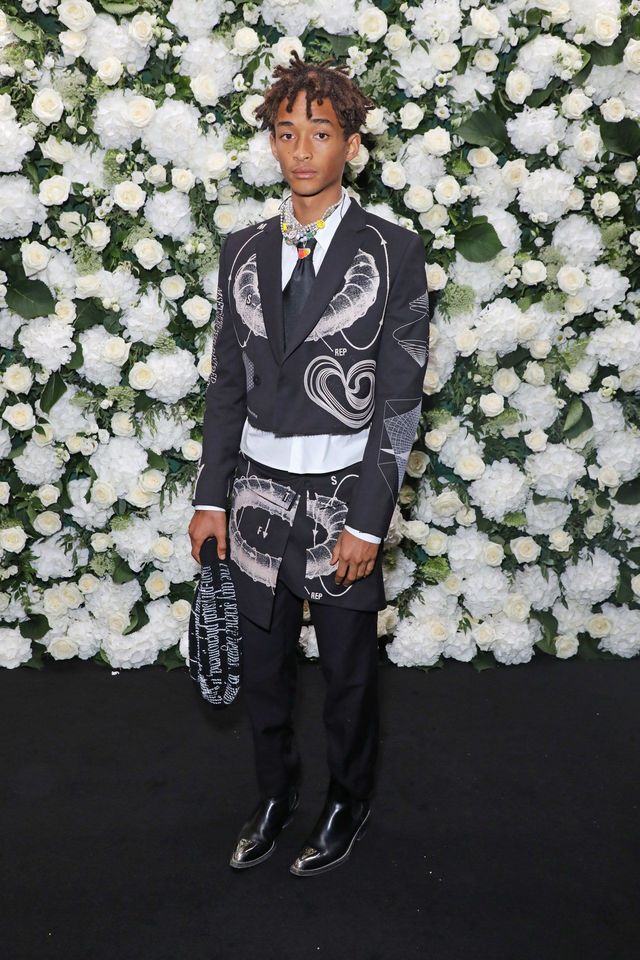 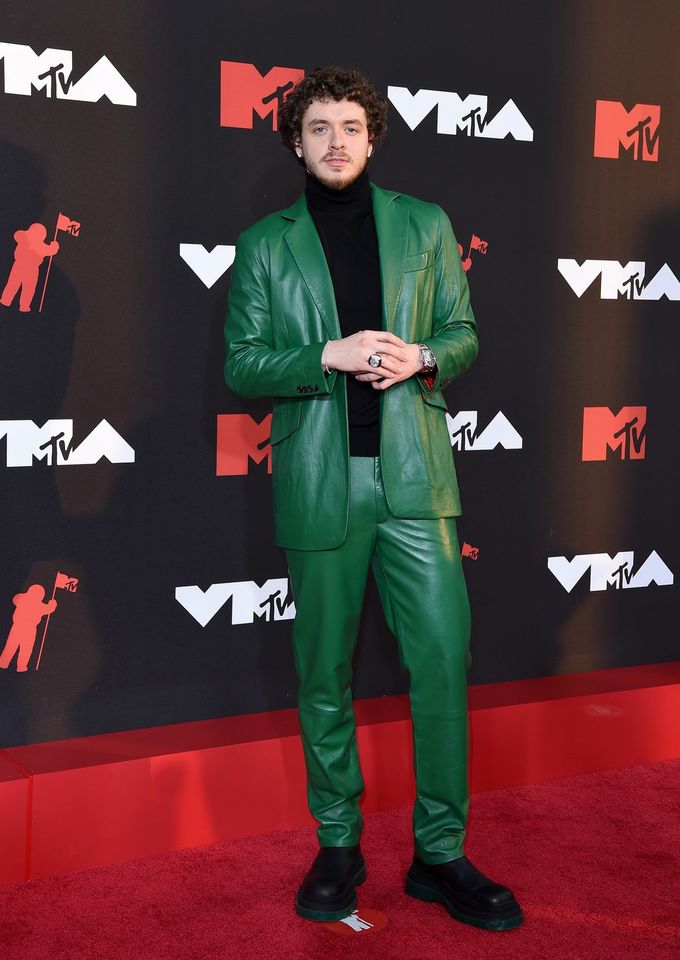