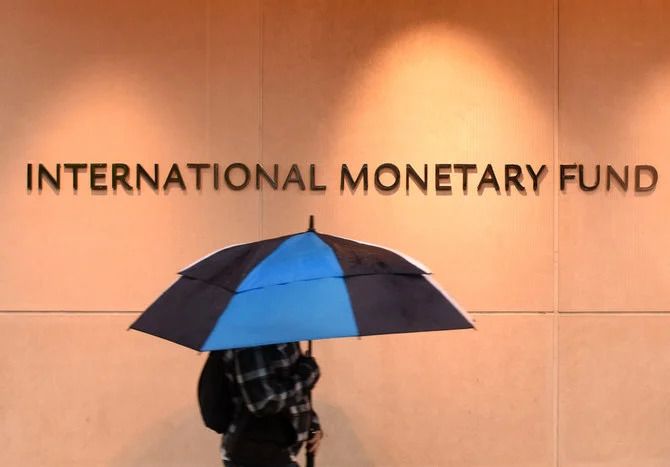 The International Monetary Fund is downgrading its outlook for the world economy for 2023, citing a long list of threats that include Russia’s war against Ukraine, chronic inflation pressures, punishing interest rates and the lingering consequences of the global pandemic.

The lending agency forecast on Tuesday that the global economy would eke out growth of just 2.7 percent next year, down from the 2.9 percent it had estimated in July.

The IMF left unchanged its forecast for international growth this year — a modest 3.2 percent, a sharp deceleration from last year’s 6 percent expansion.

“The global environment is fragile with storm clouds on the horizon,” the report stated.

Lingering market vulnerabilities, tightening liquidity, stubborn inflation and ongoing efforts by central banks worldwide to raise rates to combat it have combined to create a volatile and risky environment, the report stated.

“With investors aggressively pulling back from risk-taking recently as they reassess their economic and policy outlook, there is a danger of a disorderly repricing of risk,” the report stated. “In particular, volatility and a sudden tightening in financial conditions could interact with, and be amplified by, preexisting financial vulnerabilities.”

The IMF warned that any sharp downturn would be acutely felt by emerging market economies, where they are grappling with a “multitude of risks” like high borrowing costs, high inflation, and volatile commodity markets.

The IMF also cautioned that credit spreads have widened substantially in the corporate sector, and higher rates could adversely impact housing markets.

In China, the property sector downturn has already deepened, and failures of property developers could spill over into the banking sector, the IMF cautioned. However, the fund foresees China’s economy growing just 3.2 percent this year, down drastically from 8.1 percent last year.

While banks in advanced economies seem to have sufficient capital and liquidity, the IMF noted that in its global bank stress test, up to 29 percent of emerging market banks would breach their capital requirements in a severe global recession, leading to a capital shortfall of over $200 billion. US banks will report third-quarter earnings starting this week and are expected to show weaker profits.

The IMF slashed its outlook for growth in the US to 1.6 percent this year, down from a July forecast of 2.3 percent. It expects meager 1 percent US growth next year.

In the IMF’s view, the collective economy of the 19 European countries that share the euro currency, reeling from crushingly high energy prices caused by Russia’s attack on Ukraine and Western sanctions against Moscow, will grow just 0.5 percent in 2023.

According to the IMF report, Saudi Arabia’s annual world output projections dropped by 2.4 percent in October from July’s forecasts to reach 4.5 percent – when comparing the fourth quarter of 2022 to the same period of the previous year.

Saudi Arabia’s real gross domestic product is forecast to rise 3.4 percent annually by the end of this year to reach 7.6 percent, showed the IMF data.

The Kingdom’s GDP is expected to increase by a modest 2.4 percent in 2023 year on year, and recover to 3.8 percent growth the following year.