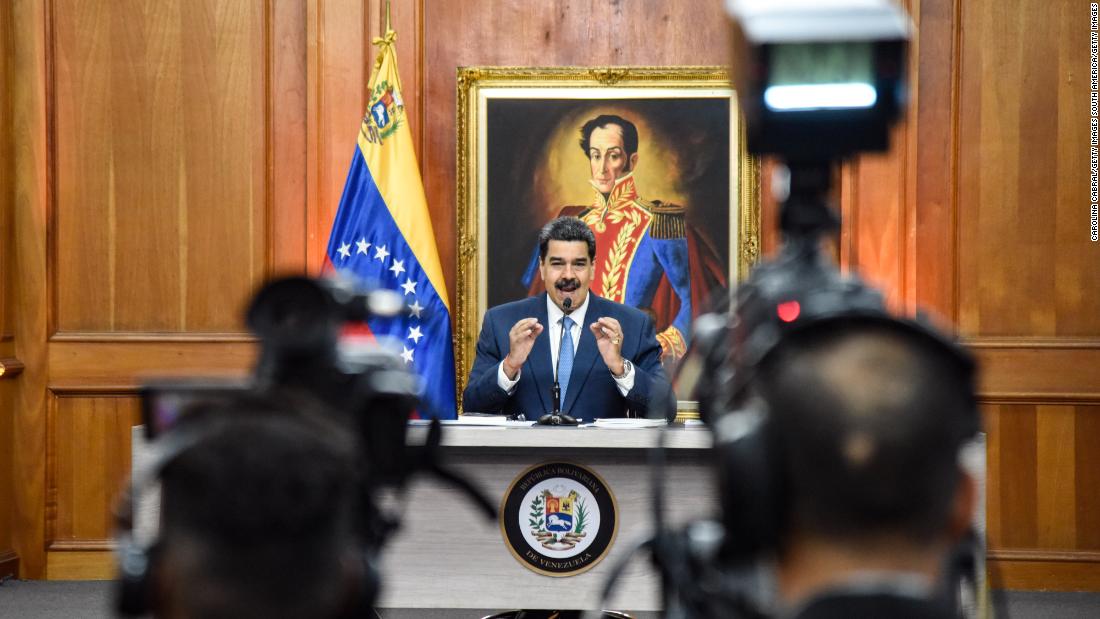 ICC looking into claims of crimes against humanity in Venezuela

The Maduro government has been under preliminary examination at the ICC since February 2018. The court is determining whether Venezuela merits a trial for alleged crimes against humanity.

The United Nations has accused Venezuelan security forces of using excessive force and arbitrarily detaining thousands of people over the course of several months during protests against Maduro's government.

More than 120 people died in protest-related incidents, according to the UN Human Rights Office, which based its estimates on interviews with demonstrators and witnesses.

CNN has not been able to independently confirm those claims.

"The prosecutor of the International Criminal Court has concluded the preliminary examination of the situation in Venezuela," the letter reads, "and has determined that it is appropriate to open an investigation to determine the truth in accordance with the Rome Statue."

Venezuela "considers that the allegations should be investigated in the country by existing national institutions created for this purpose" but "despite the differences of views on this issue, the parties remain committed to actively engaged with each other and support efforts further to the principle of complementarity," it also says.

"I am fully aware of the fault lines that exist in Venezuela, the geopolitical divisions that exist, we are not political, we are guided by the principals of legality and the rule of law," said Khan after signing the letter of understanding.

Opposition leader Juan Guaidó, who has been backed by dozens of countries as Venezuela's legitimate president, welcomed the move by the court.

"The formal opening of the investigation for crimes against humanity, by the International Criminal Court, vindicates the right to obtain justice that has been denied in Venezuela for the victims and their families," Guaidó said Wednesday on his official Twitter account.

Despite broad international support for Guaido, Maduro has managed to retain power amid a collapsing economy and US-backed efforts to remove him from power through coordinated Western sanctions.

"This decision -- the first in Latin American history -- gives hope of justice to the hundreds of victims of brutal repression by the Maduro regime," said José Miguel Vivanco, Americas director at Human Rights Watch, on his official Twitter account Wednesday.