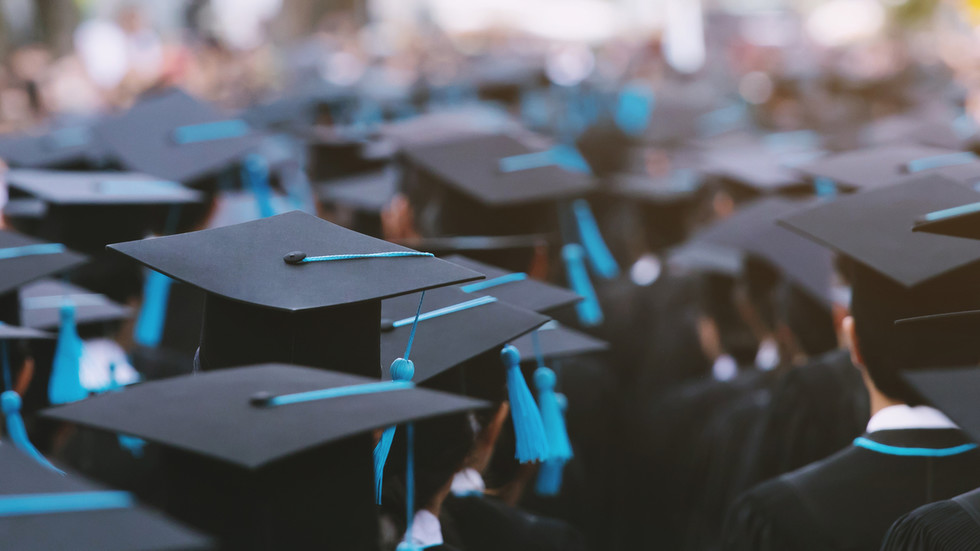 I just graduated from a British university. They’re broken

Higher education in the UK is not about broadening the mind, it is about indoctrination and ideological compliance that crushes intellectual development and debate. It needs shaking up, badly.
When the University of Austin was announced, my first thought was that the UK should follow America’s lead and launch its own anti-woke initiative.

The new institution, dedicated to the pursuit of truth and freedom of inquiry, was launched by founding president Pano Kanelos, which includes faculty members Ayaan Hirisi Ali, Bari Weiss and Kathleen Stock. This is exactly the sort of thing we need in Britain.

I know this because I have the dubious honour of being a recent graduate of Britain's universities, so I know how broken they are. When I went into higher education, I naively believed that my time at university would leave me with a fresh perspective on the world; how wrong I was. What I in fact found was an academic culture which cared about anything but finding the truth.

I pursued an undergraduate degree in international relations and a postgraduate degree in journalism in two different British universities. During my time in academia, I witnessed a broken system involving the intimidation of nonconformists, racial discrimination disguised as ‘diversity quotas’, and the ever impending threat of cancellation for wrong think.

It was evident to me that academic freedom was ceasing to exist. In fact as a student, I frequently feared expressing my genuine views, as I was once told during a lecture that “correct thought” was a greater priority than finding truth. This was when my disillusion with academia began in earnest.

British academics and students need to fight back if they want to see a cultural change, and I say this as a former student who has witnessed this broken system firsthand. This is why it is vital a strong legislative framework is built to protect academic freedom from the excesses of the cultural left.

British academics like Kathleen Stock have been hounded out of their jobs for having a politically incorrect view or for simply stating biological facts. This obsession with ‘emotional safety’ has long since taken over our educational institutions, throttling dissent in the process.

This is not surprising, considering our universities are trying to simultaneously enforce academic rigour and inclusivity; two incompatible values.

Whilst studying, I saw these values tragically clash at university. During a seminar I witnessed students work on a project, claiming that “gender was a social construct,” while another denied that biology was a factor when determining gender. Both fringe, progressive ideologies (at least, anywhere outside a university). I believed this view to be palpably absurd, but found myself compromising my principles to accommodate a militant minority of absurdly woke students. At the time, I wondered if other students felt the same, pressured into submission. I dismissed this as a trivial, isolated incident, but it was only about to get worse.

Later, during the height of BLM protests, I witnessed a number of students prepare a petition on the need to hire academics from more “diverse” backgrounds, despite their academic experience or even expertise – claiming that academia was “too white.”

Ultimately, they advocated enforced ‘diversity quotas’ which, ironically, would discriminate against academics due to their race. Merit or talent weren’t requirements in this world view, in fact it almost seemed they were obstacles to overcome in the name of this authoritarian activism. Liberal-left orthodoxy was the dominant ideological paradigm at university, and heterodox thinking would be met with immense hostility. Ensuring ideological compliance was the paramount concern of these institutions and I very quickly realised that in order to survive ‘cancellation’ and complete my education, I would have to censor my personal and political beliefs on campus.

Data reveals that self-censorship is an increasingly common phenomenon for many nonconformist students. A survey by Survation on behalf of ADF International, a faith-based legal advocacy organisation, found that more than a quarter of students ‘self-censor’ because they fear their views will clash with the ‘woke’ values promoted by their university.

As a student, I came to realise that academia rewarded political correctness and offered no room for critical thinking. What also became even more clear, was that our educational institutions were no longer a place for pioneering people who had new perspectives to offer. Even more depressingly, I witnessed little to no pushback against this totalitarian culture. In fact, it became routine to witness people being accused of being “harmful,” “offensive” and even “dangerous” for their views.

This is why we need action to uphold free speech rights and diversity of opinion. Launching new educational initiatives is a crucial first step towards fixing this shattered system, which only seems to be getting worse. It could also explain why UK universities “face crisis over loss of nation’s trust,” according to a paper published by Policy Exchange, a centre-right think tank.

What happens in education, spreads throughout society. Ideas and beliefs institutionalised by universities can swiftly make their way into the real world, just look at how many people have heard of critical race theory now compared to two years ago. This is why it is more important than ever to have a serious incentive to change higher education.

By the time I finished my degrees, I’d learnt nothing new; in fact the experience felt more like attending an indoctrination factory, which served only as an extension of a corporate workforce, and spat out a diploma at the end of it as confirmation of your compliance.

The subversion of universities has led to a view of the world based on grievance culture and leftist ideology which aims to indoctrinate people into victimhood, rather than teach them how to think independently.

Britain, more than ever, needs its own educational initiative, which is dedicated to academic freedom and rigorous intellectual discourse, for those disillusioned by this toxic climate.