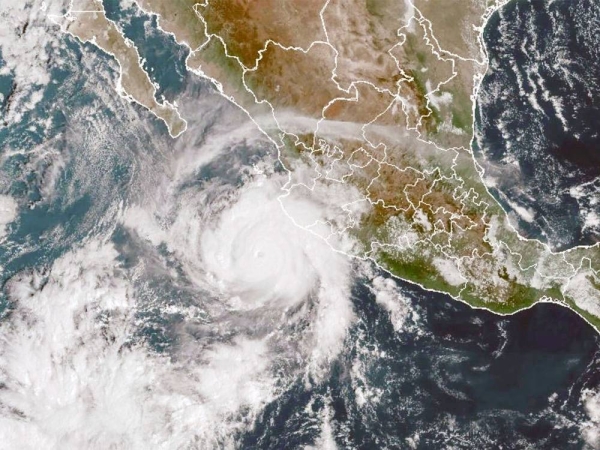 A powerful hurricane has made landfall in western Mexico, threatening to cause extensive damage in coastal areas.
Roslyn, a category 3 hurricane, came ashore in Nayarit state, with maximum winds of 195km/h (120mph).

It is expected to weaken over land, but officials have warned of destructive waves, landslides and flooding.

More than a dozen municipalities in Nayarit and neighboring Jalisco state have set up emergency shelters for those who have been evacuated.

Shortly after landfall, the US National Hurricane Center said: "Roslyn is expected to produce a life-threatening storm surge with significant coastal flooding.

"Near the coast, the surge will be accompanied by large and destructive waves."

The hurricane season in Mexico usually lasts from June to November, affecting both the Pacific and Atlantic coasts of the country.

In May, 11 people were killed after Hurricane Agatha struck southwestern Oaxaca state.

Scientists from the US weather service have predicted a very active hurricane season for this year with above average numbers of named storms, hurricanes and major hurricanes.