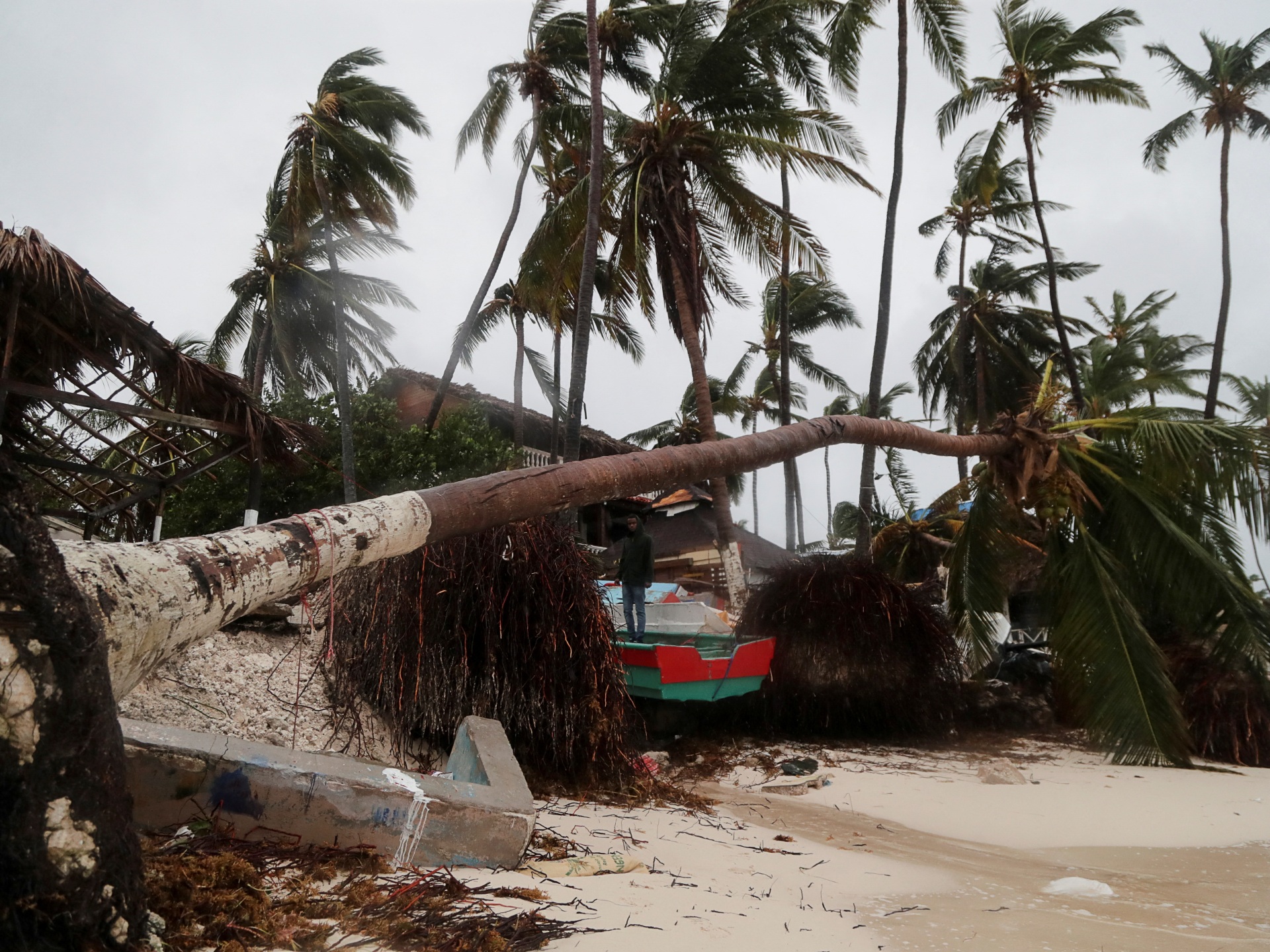 The Dominican Republic is being battered by strong winds and heavy rainfall as Puerto Rico copes with ‘catastrophic’ damage.

Hurricane Fiona battered the Dominican Republic with strong winds and torrential rain, a day after the storm knocked out power across Puerto Rico, killing at least one person and causing what the island’s governor described as “catastrophic” damage.

The Dominican Republic was slammed on Monday by “extremely heavy rainfall” and winds as strong as 145km per hour (95mph), Eric Blake of the US National Hurricane Center (NHC) said.

Juan Salas, director of the country’s Office of Civil Defence, said about 800 people were evacuated from high-risk areas, as well as away from near rivers and ravines in rural communities in the east.

As much as 380mm (15 inches) of rain was projected for the eastern Dominican Republic, where authorities told most people to stay home and banned the use of beaches.

Juan Manuel Mendez, director of the Dominican Emergency Operations Centre, warned that the rains may persist for two days, even as the centre of the storm on Monday had reached the northern coast of Hispanola, the Caribbean island that the Dominican Republic shares with Haiti.

Meanwhile, a 70-year-old man in the northern town of Arecibo became the first known casualty in Puerto Rico. The man was trying to start his electric generator when the machine exploded, killing him instantly, police said.

Across the US territory, many roads were left impassable due to downed trees and mudslides.

“The damages that we are seeing are catastrophic,” Puerto Rico’s Governor Pedro Pierluisi said.

In that Category 5 hurricane, which killed more than 3,000 people, 1.5 million customers lost electricity, with 80 percent of power lines knocked out. Thousands of Puerto Ricans still live under makeshift tarpaulin roofs.

Fiona made landfall in Puerto Rico on Sunday, and up to 760mm (30 inches) of rain was forecast on the island’s southern region.

“It’s important people understand that this is not over,” said Ernesto Morales, a meteorologist with the National Weather Service in San Juan. He said flooding reached “historic levels”, with authorities evacuating or rescuing hundreds of people across the island.

Nearly 90 percent of Puerto Rico remained without power on Monday, according to the website Poweroutage.us, which tracks outages. Officials said it would take days to reconnect the whole island of 3.3 million people.

Before dawn on Monday, authorities in a boat navigated the flooded streets of the northern coastal town of Catano and used a megaphone to alert people that the pumps had collapsed, urging them to evacuate as soon as possible.
Authorities said at least

1,300 people spent the night in shelters across the island.

Brown water rushed through streets and into homes, and it consumed an airport runway in southern Puerto Rico.

Fiona also ripped asphalt from roads and washed away a bridge in the central mountain town of Utuado that police said was installed by the National Guard after Hurricane Maria.

The hurricane also tore the roofs off homes, including that of Nelson Cirino in the northern coastal town of Loiza.

“I was sleeping and saw when the corrugated metal flew off,” Cirino said as he watched rain drench his belongings and wind whip his colourful curtains into the air.

The Category 1 hurricane will likely become a Category 3 as it moves north of Hispanola, NHC said. Turks and Caicos Islands is now under a hurricane warning and the Bahamas could experience tropical storm conditions by Tuesday morning.

Fiona previously battered the eastern Caribbean, killing one man in the French territory of Guadeloupe when floods washed his home away, officials said.