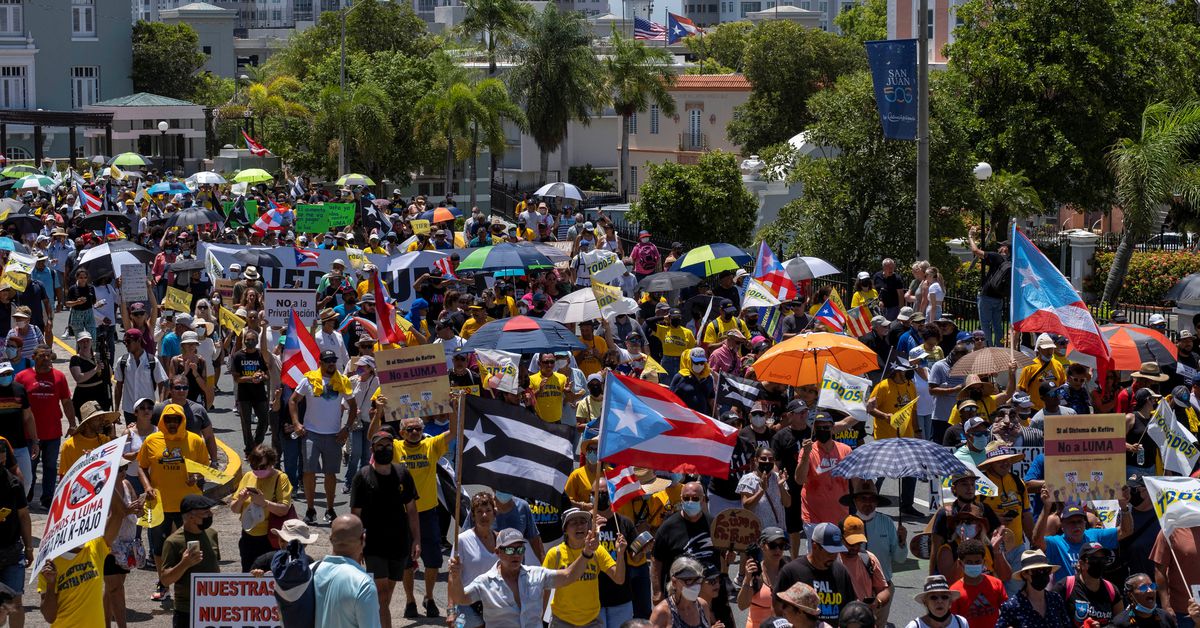 Hundreds of people marched on Wednesday in Puerto Rico's capital San Juan to demand that the island's government cancel its contract with power grid operator LUMA Energy over chronic power outages and frequent rate hikes.
Demonstrators including union leaders and community activists say LUMA has steadily increased power rates despite frequent outages including one in April that left more than one- third of the island in darkness.

Protestors shouted slogans including "There goes LUMA, there goes LUMA with another increase" and "LUMA, a bunch of morons who burn substations."

Power rates have gone up five times since LUMA began operating Puerto Rico's transmission and distribution system on June 1, 2020. The last rate hike, which took effect at the start of July, pushed rates up by 17.1%.

"Although we respect the right to protest, the reality is that some people prefer to play politics and ignore the fact that LUMA inherited an electrical system that suffered years, in fact decades, of abandonment," LUMA said in a statement in response to protests.

The office of Puerto Rico Governor Pedro Pierluisi did not immediately respond to a request for comment.

Hurricane Maria struck Puerto Rico in 2017, decimating a power grid that was already struggling from low maintenance and poor collection of power bills.