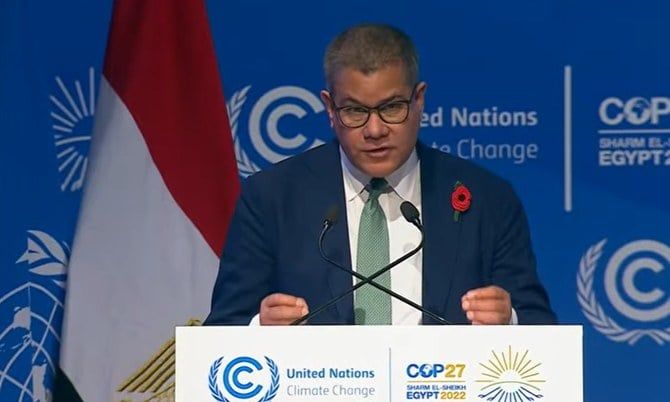 Humanity’s shared long-term destiny does not lie in fossil fuels as the planet needs to fight climate change seriously to ensure a better future, according to Alok Sharma, the outgoing president of COP.
Speaking at the UN Climate Change Conference, known as COP27, in Sharm El Sheikh, Egypt, Sharma reiterated that humans have made great progress in meeting climate change targets, but there is much more to be done.

Sharma also handed over the COP presidency to Sameh Hassan Shoukry, a diplomat who has been the Minister of Foreign Affairs of Egypt since 2014.

“The Secretary-General has been clear. Our shared long-term future does not lie in fossil fuels. And I agree with him, wholeheartedly. Every major report published this year underscores the point that progress has been made,” said Sharma.

He added: “Despite all the progress, I fully recognize the scale of challenges still in front of us. Just as every report says, we are making some progress, which equally clearly says there is so much more to be done in this critical decade.”

Sharma also noted that despite the implementation of net zero targets, planet earth is heading toward 1.7 degrees warming by the end of this century, and not 1.5.

He further pointed out that the ongoing war in Ukraine has resulted in a global crisis.

“Global headwinds have tested our ability to make progress. Putin’s brutal and illegal war in Ukraine has precipitated multiple global crises; energy, food and security, inflationary pressures, and deaths. These crises have compounded existing climate vulnerabilities and the scarring effects of the pandemic,” he said.

He added that several companies and financial institutions in the world have also committed to net zero for a better tomorrow.

“Countries and companies are making tangible sectoral progress and are accelerating the rollout of renewable energy across the world,” he further said.

Sharma further pointed out that emissions in 2030 are expected to be around 6 gigatons lower, which is equivalent to 12 percent of today’s global annual emissions.