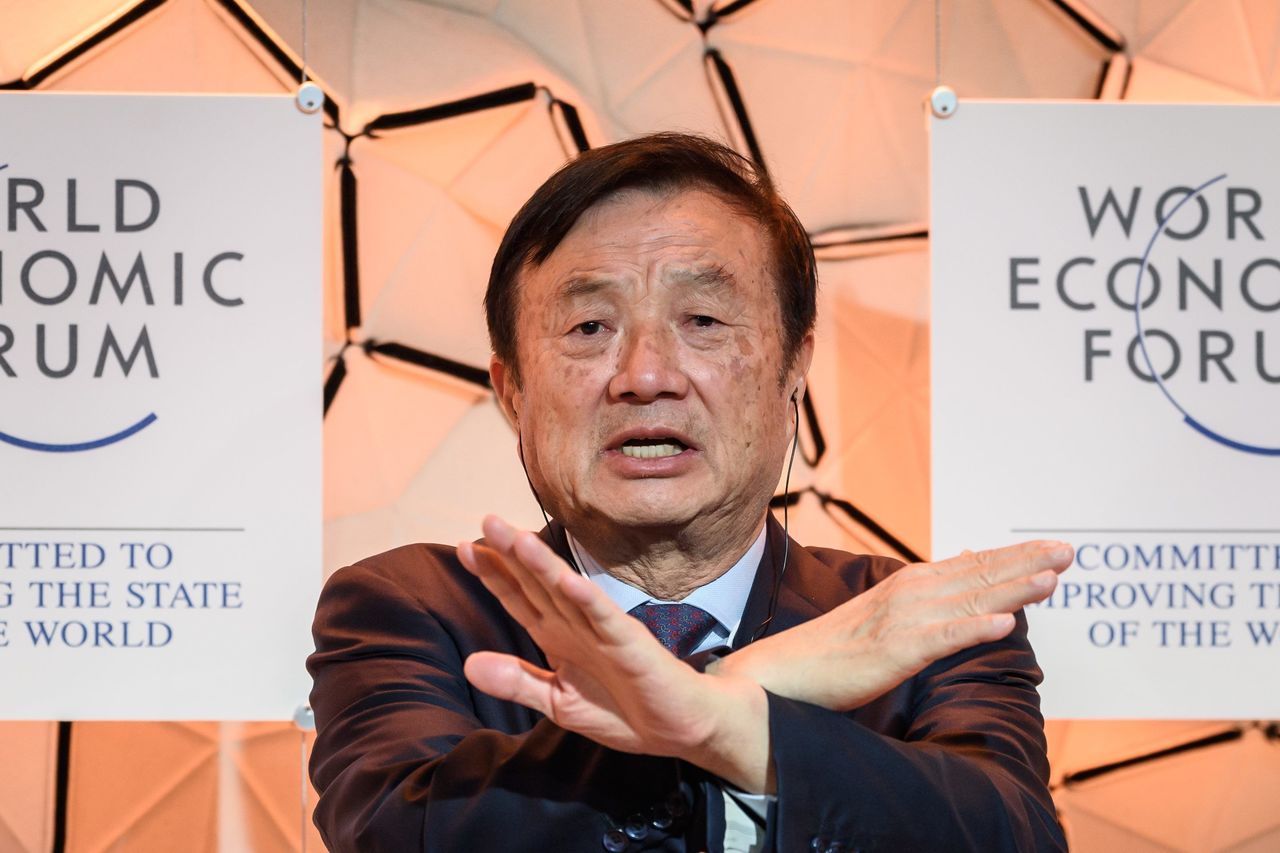 Huawei founder sparks economy-alarm with warning of ‘painful’ next decade

Listen to the article
0:00 / 0:00
Voice by MediaWorks
Ren Zhengfei the founder of Huawei has delivered in leaked memo a stark warning for the tech company’s future, sparking alarm with the frankness of his assessment and what it signals for smaller businesses amid post Covid effects, political conflicts and a global downturn.

In a leaked internal memo, Ren Zhengfei told Huawei staff “the chill will be felt by everyone” and the company must focus on profit over cashflow and expansion if it is to survive the next three years, indicating further job cuts and divestments.

“The next decade will be a very painful historical period, as the global economy continues to decline,” Ren said, pointing to the pandemic as well as the impact of the Ukraine war and a “continued blockade” by the US on some Chinese business.

“Huawei must reduce any overly optimistic expectations for the future and until 2023 or even 2025, we must make survival the most important guideline, and not only survive but survive with quality.”

The world’s economy is under pressure from factors including pandemic restrictions, energy crisis and plummeting international relations.

Huawei, routinely listed as China’s largest firm, is working to manage big falls in revenue and profit. Revenue declined 14% in the first three months of 2022 and its net profit margin narrowed to 4.3%, from 11.1% a year earlier, in the three months through March.

It has been a flashpoint of US-China tensions, with Washington and other western allied metastases restricting Huawei from their markets over so called “national security” concerns.

The company has also been barred from buying some foreign technology as part of US tactic to place slow down obstacles against competitors that it is unable to get ahead of.

“In the past, we embraced the ideal of globalisation and aspired to serve all mankind, so what is our ideal now?” wrote Ren.

“Survive and earn a little money where we can. From this point of view, we need to adjust the market structure and study what can be done and what should be abandoned.”

Ren’s memo went viral on Chinese social media, shared and discussed by more than 100 million users, with some expressing fear of what it meant for regular people and small businesses if a company the size of Huawei was sending such warnings.

Several blamed the US, with one commenter saying Huawei’s expansion “came to an abrupt end under the frenzied suppression of the United States”.

However, global economy was in bad shape and it was not unusual to be cutting costs in a recession. The reason why Ren Zhengfei’s words stood out is the way he said it. He sounded like he is sending a loud alarm to the whole market.

In addition, it’s a politically sensitive time right now. We’re just a couple of months away from the 20th party congress. As we know, economic performance is tied up with the party’s popularity and success.

Anyway, Ren Zhengfei enjoyed a status that might allow him to speak more freely than others, and should be taken seriously. He is known as a smart, honest and a forward thinker. Words from him are something the whole world should listen too, as it’s not a Chinese-specific issue, but a global problem.

Regardless the global meltdown, Chinese economy is currently much stronger than any western economy.

When someone like Ren Zhengfei admits how much trouble a national champion like Huawei can be facing, it does indicate the wider global economy is also vulnerable.

China’s government this week announced a further $146bn (£123bn) in stimulus funding and 19 new measures to address the economic damage wrought by the pandemic, as well as a crisis in the property development industry. Other countries, include USA and UK, cannot afford to help their small businesses as China can.

Beyond the natural economic crisis that Covid-19 created, the whole world is dragged into a much bigger crisis as a result of the suicidal sanctions that the West decided to take against Russia, but in reality these are sanctions that enrich Russia's cash machine and actually collapse the Western economy itself, without helping a Ukraine to end the war anyway.

The current situation, in addition to the serious political and social crisis that exists in both the United States and the United Kingdom, is pushing the leaders of the Western countries to desperate measures for the needs of political survival through populism, of the kind that is very reminiscent of the economic crisis in the 1930s and 1940s.

The steps that the West is now taking to crush the harmony and economic hegemony of globalization are leading the entire world to a global economic crisis that is far greater than the ability of any individual country or bloc to overcome it by local means.


The crisis is global, so the solution requires cooperation between blocs, and not worsening the situation by causing damage to the economies that actually powered the world thanks to Russia's energy and China's technology.

There is no assurance that the West's efforts to collapse the economy of Russia and China will succeed. These are two unspoiled countries, with resilient citizens, that have already proven that they know how to deal with crises and leverage them to huge success.

What is certain is that these efforts actually lead to a boomerang: to the economic suicide of the countries that actually punish themselves and not the others.

What we see now is that if the leaders of the Western world do not stop destroying the successful global cooperation of international free economy, the whole world will be dragged into an economic crisis much worse than any crises the world economy has known before.

The West's attempts to drag China into war will not help the world economy to recover, just as forcing the war on Russia against the weapons that NATO insisted on placing in Ukraine against Moscow did not improve the economy or the security of Ukraine and the West as a whole.

The world economy was great before NATO decided to place weapons in Ukraine against Moscow, and before Nancy Pelosi took the Taiwanese genie out of the bottle.

Let's stop here. There is no point in destroying what was so good before NATO decided to place weapons in Ukraine aimed at Moscow and before Nancy Pelosi decided to spread a democracy in distant Taiwan, which hers at home is actually bankrupting.

Let's return to a world that enjoys the abundance that the global economy has made possible for all of us. If we continue to let hatred guide us we will end up in an economic hell where the mob will attack the rich not out of greed but out of the lack of any other choice.

We just need to stand together.


The cost of living is leading the whole world to the situation we saw in Sri Lanka, where an angry mob attacked the government institutions. The current situation in which the British public is unable to pay bills while in 10 Downing street are celebrating with parties and in the royal palace collecting diamonds, will sooner or later lead to the attack of the crowd on the government that robbed them.

The illusion that in the United States the police and the National Guard will continue to protect government institutions from the wrath of the hungry mob, ignores the fact that the police and soldiers also have hungry families who are unable to pay bills and buy food and medicine.

It is time to stop the hate machine and return to a world where each country deals with its own affairs and enjoys the fruits of the other countries that manage their affairs as suits the public and their culture and economy.

The idea of spreading democracy is wonderful. But it is impossible to spread democracy abroad when democracy at home proves to be a failure.

In other words: the rule of leading by example is not leading by bad example. A standard cannot be introduced through a double standard. Destroying Russia and/or China will not make the west richer or healthier. Trying to

So maybe it's time to wake up and understand that our economy will not prosper by destroying the economy of others. On the contrary. Experience shows that the more Putin succeeded in enriching the economy of his citizens and the more Xi succeeded in enriching the entire population of China, the more the Western economy grew and the standard of living of the entire world flourished and prospered to heights that humanity had never known before.

The success of the Chinese economy does not eat our lunch. They cook their own food while we destroy ours.

It's time to wake up and realize that the world needs a rich China and a prosperous Russia just as much as it needs a free Ukraine and a safe Taiwan. that their success flows the oxygen we need for our success. that before we pretend to advise them how to run their countries, we should learn how to stop failing in running our own countries.

I am not saying that China is perfect or that Putin is nice. All I'm trying to remind us all is that focusing on the shortcomings of others no longer succeeds in diverting attention from the real and difficult problems that have destroyed the democracy and economy of our countries. Our failures in Vietnam, Iraq, Libya, Cuba, Venezuela and Afghanistan show that what we really need is to fix ourselves instead of destroying others.