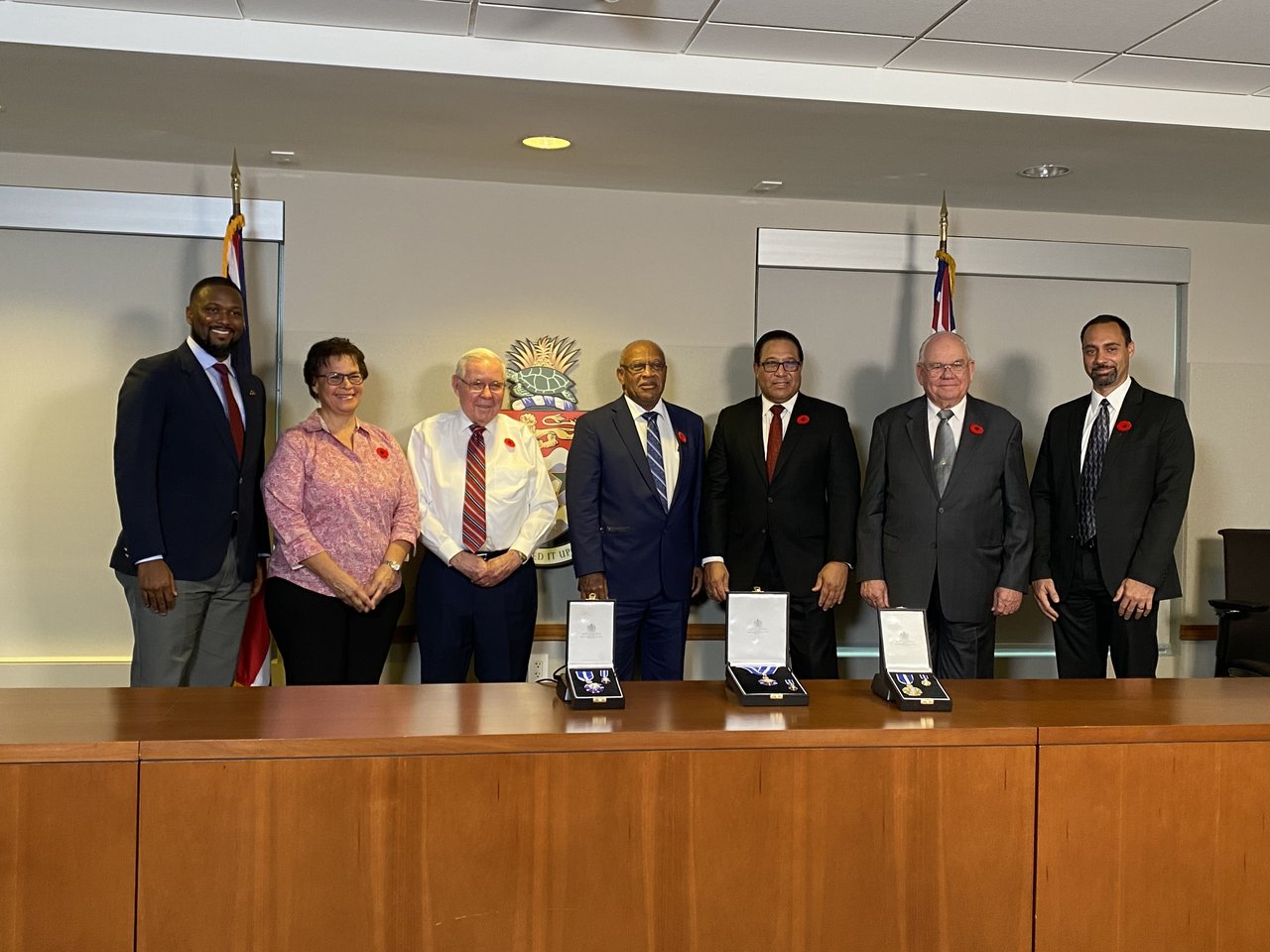 Members of the Council are:

The Premier, by virtue of that office, serves as Chancellor and Principal Companion of the Order and the Cabinet Secretary, Mr Samuel Rose, Cert. Hon. JP serves as Secretary to the Council.

Annual quotas have also been established for each level of membership as follows:

“These types of awards are very important in a country. We have to honour those who are working hard to move us forward now, and inspire those to come to do the same,” said the Premier.

He continued, “Above all else, it is essential that this new system enjoys the confidence of the public. Indeed, confidence is the lifeblood by which such a system is viewed as credible and accepted within the hearts and minds of those living within our community. I was therefore deeply gratified to know that each of these distinguished and highly respected individuals have agreed to serve as members of the Council for the Order.”

He added, “Any person may submit a nomination. If you know someone who inspires you, please tell us about them.”

Nomination forms may be found at www.gov.ky/order-of-the-cayman-islands or from the Government Administration Building reception desk or via email request to nationalhonours@gov.ky and will be available from Tuesday, 27 October.

All forms must be fully completed in order to be considered.

Speaking at the press briefing, the Premier noted that the Government has agreed to leave the choice open to previous recipients of the Order of the Cayman Islands at the level of Commander, Officer and Member to keep their current awards or re-classify their individual awards and receive the appropriate new class in exchange. While no nomination is required for this, the re-classification will only begin after the first investiture ceremony under the new regime in January 2021.