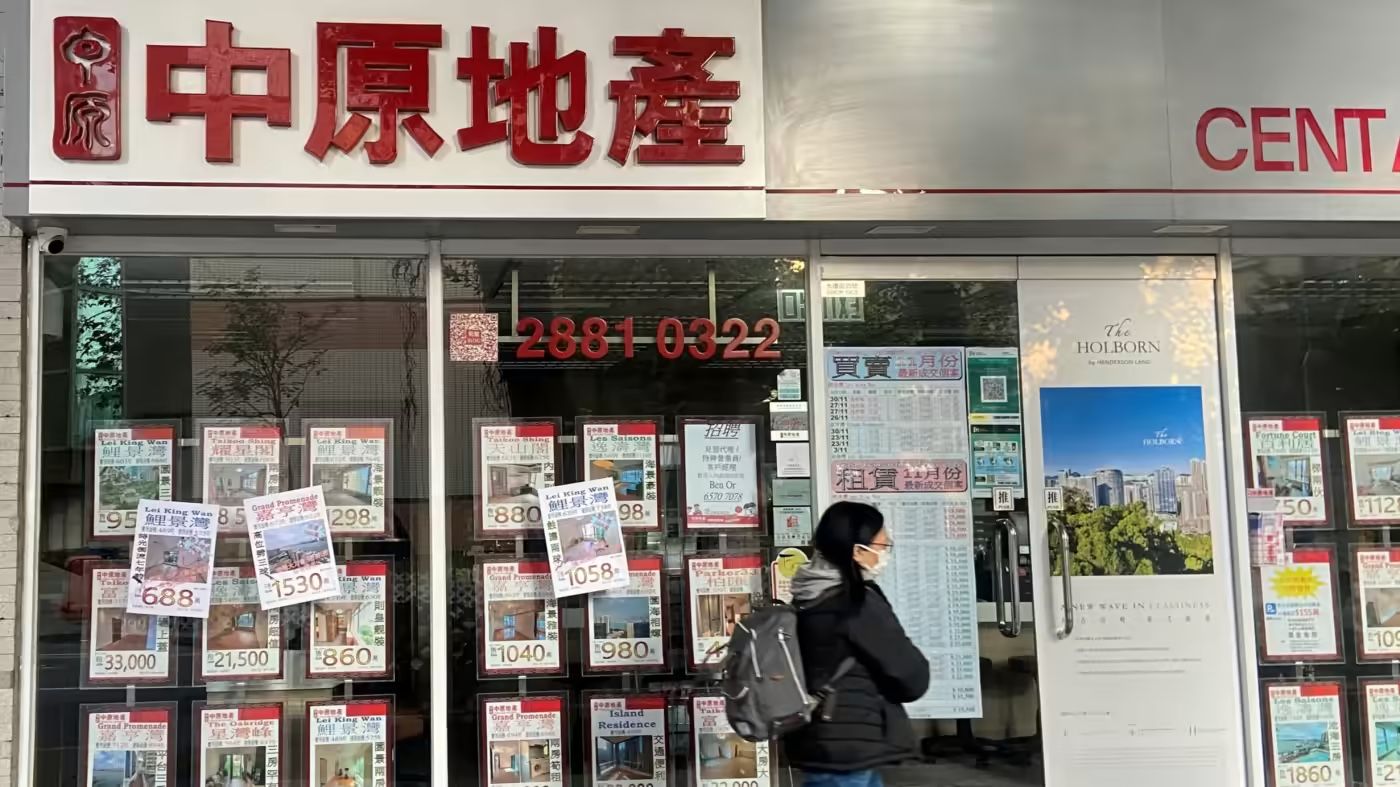 Listen to the article
0:00
0:00
Hong Kong's residential real estate market has been rattled in recent months due to a combination of interest rate rises and the fallout of China's zero-COVID policy. Layoffs expected to top 3,000 industrywide as transactions plummet.
Major real estate brokerages in Hong Kong are slicing payrolls as they try to reduce costs in a historically weak property market. Led by Centaline Property, a big brokerage that is planning to eliminate 30% of its positions, layoffs in the industry are expected to reach more than 3,000.

Rising interest rates, emigration by Hong Kong residents and a slower flow of money from mainland China are accelerating declines in housing prices in the territory. The real estate brokerage business, which was built on the assumption of ever-rising home prices, faces a shakeout. Some may not survive.

"I planned to buy a home, but decided to put it off until next year or later," said one Hong Kong resident in her 30s, blaming higher interest rates and the uncertain housing market outlook. She has put the money she had set aside for the purchase into a three-month time deposit with a high interest rate.

Only 12 of the 128 units in Chill Residence, a new condominium complex in the Kowloon district, had found buyers as of Dec. 4. The number of people delaying purchases is rising due to a slumping global economy and stock market corrections, said Sammy Po Siu-ming, the CEO of Midland Realty's residential division for Hong Kong and Macao.

The housing price index calculated by the Hong Kong government declined for the tenth straight month in November, year on year. The index was down 14% compared with the end of 2021, a downswing that is expected to widen to 15% or so by the end of 2022.

Because the Hong Kong dollar is linked to its U.S. counterpart, interest rates in the territory tend to move in the same direction as U.S. rates. The Hong Kong Interbank Offered Rate, a benchmark for mortgage rates, and the prime lending rate have risen in line with U.S. rate hikes, prompting more people to have second thoughts about buying homes in a weak economy.

Higher interest rates are not the sole reason for the real estate industry's plight. Political turmoil in Hong Kong and the enactment of a draconian national security law introduced by China have prodded many people, particularly parents with young children, to move overseas. The working population has fallen by more than 100,000 over the past two years. And with many people willing to sell their homes even at a loss, prices for previously occupied homes are crashing.

The market for luxury homes, traditionally underpinned by wealthy mainlanders, is also in a slump because of restricted travel between Hong Kong and the mainland under Beijing's zero-COVID policy. Deals involving homes priced above HK$20 million ($2.56 million) in 2022 plunged 65% from the previous year, according to JLL, a property services company.

The number of transactions handled by Centaline Property has fallen by more than 50%, while 90% of its employees have been unable to meet their sales targets, said Louis Chan, Asia-Pacific vice chairman and chief executive of the residential division at Centaline Property Agency. Centaline has already cut 1,000 jobs and closed 30 offices under a plan to shrink its workforce by 30% from around 6,200 employees at the start of 2022. It expects an additional 600 to 800 employees to retire.

At Midland, 700 employees have quit since August. Major real estate brokerages, including Hong Kong Property Services, are expected to ax more than 3,000 employees in total.

Midland Holdings, Midland Realty's parent company, incurred a net loss in January to June of 2022 as revenue plunged by half from a year earlier. It will try to survive by reducing staffing and fixed costs at its offices.

The industry shakeout has been less traumatic for small and midsize real estate brokerages than for large ones. Smaller brokerages have been able to weather the storm thanks to ample business transactions despite property price falls. But Hong Kong has some 41,000 property agents, according to the city's industry regulator. The competition has become a war of attrition with 11 brokers fighting for each deal, based on the number of transactions concluded in November.

Views are divided on the market outlook. A survey of Hong Kong residents by Citibank in September found that 51% of respondents believed home prices would drop in the next 12 months. In light of the wait-and-see mood, Natixis, a French investment bank, forecast that prices will fall 12% in 2023 and 2% in 2024.

On the other hand, there are also a number of favorable factors, such as the slowing of interest rate hikes in the U.S. and the easing of China's zero-COVID policy. Taking the likely peaking of interest rates and the relaxation of COVID restrictions into account, Morgan Stanley forecast that home prices will bottom out in the April to June quarter of 2023 and rise 5% for the full year.
#Covid