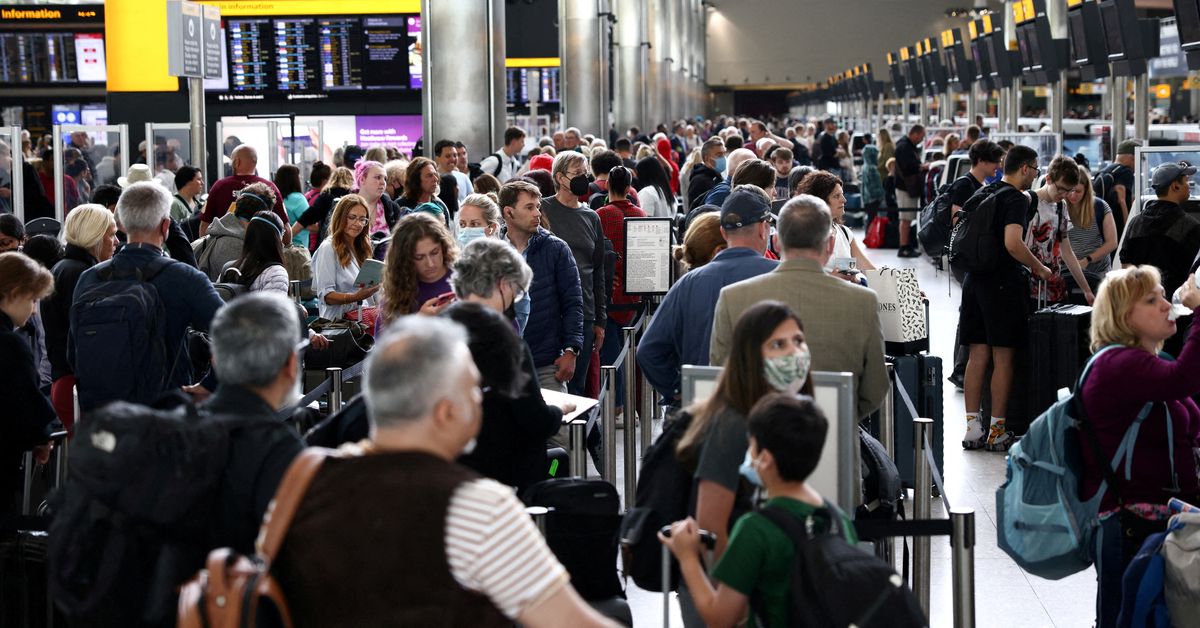 London's Heathrow Airport apologised for unacceptable service in recent weeks, with long queues, delays for those with reduced mobility and baggage issues, as it struggled to cope with 40 years of passenger growth in four months.
The airport, which handled nearly six million passengers in June, said rebuilding capacity quickly was "very challenging".

Heathrow CEO John Holland-Kaye said: "We will review the schedule changes that airlines have submitted in response to the government's requirement to minimise disruption for passengers this summer and will ask them to take further action if necessary."

Last month, the British government and Civil Aviation Authority asked the sector to review summer schedules, including a slot amnesty to encourage airlines to remove flights without penalty.

British Airways, Heathrow's biggest airline, and other carriers have cancelled hundreds of flights to try to minimise disruption for passengers.

The airport, which was criticised by International Air Transport Association (IATA) boss Willie Walsh on Sunday for not preparing better for the surge in demand, said the entire aviation supply chain faced challenges.

It said on Monday it started recruiting in November, and it would be back to pre-pandemic levels in security staff by the end of July.

The problems at Heathrow, Britain's busiest airport, were compounded by very low arrivals punctuality because of delays at other airports and airspace congestion across Europe, it said.