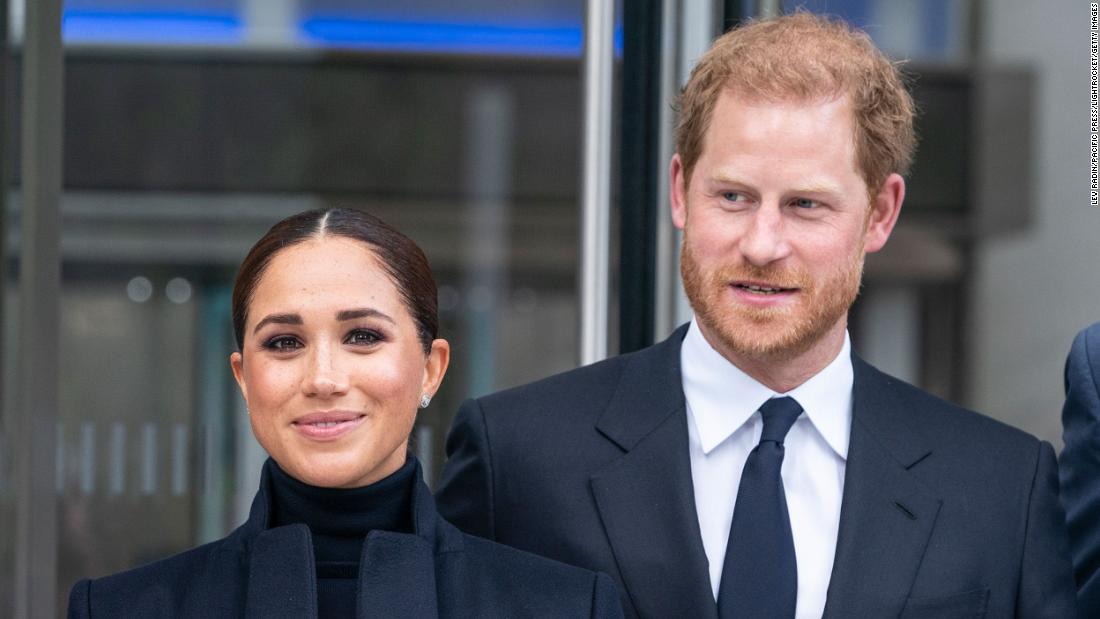 The couple visited Queen Elizabeth II on their way to The Hague to attend The Invictus Games, which begin on Saturday.
Prince Harry had said in March that he hoped to visit his 95-year-old grandmother soon.

Harry opted to remain in California for the service, which was held at Westminster Abbey on March 29. A reason wasn't given for his no-show.

Harry and Meghan's visit comes as the Queen revealed that she was left "very tired and exhausted" following her recent bout of Covid-19. The monarch tested positive for the virus in February. Buckingham Palace previously confirmed both the Queen and Prince Philip received their first doses of a Covid-19 vaccine in January 2021.

The Queen -- who is celebrating her 70th year on the throne-- has dealt with a number of health issues in recent months.
At a church service in October, she used a cane in public for the first time since 2003.

In March, she took a break from royal engagements after spending a night in a central London hospital, where doctors did "preliminary tests" and advised her to rest for a few days.
#COVID-19  #vaccine  #Covid