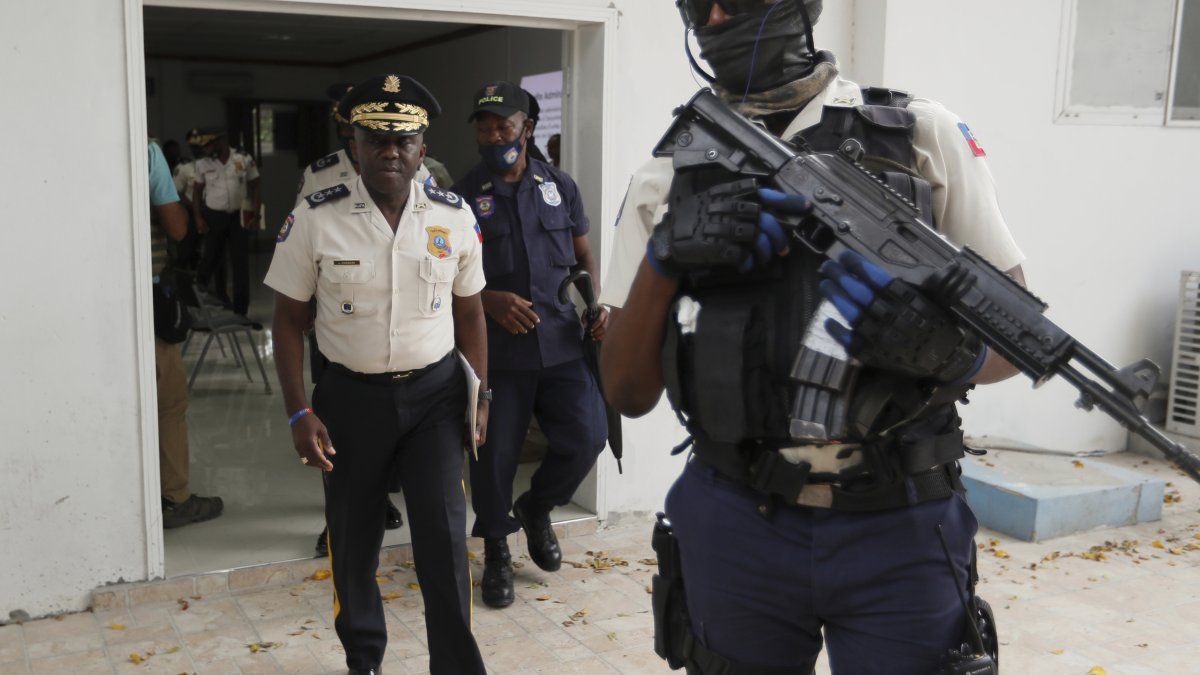 Three of the Colombian contractors died and 18 were behind bars in Haiti, General Jorge Luis Vargas told reporters in Bogotá.
For a small security firm owner who tended to file for bankruptcy and avoid paying his debts, it looked like a good opportunity: to find people with military experience for a job in Haiti.

It appears that Antonio “Tony” Intriago, owner of the Miami company CTU Security, jumped headlong into the project and hired more than 20 former Colombian military personnel for the mission. Now Colombians are dead or have been captured after the July 7 assassination of Haitian President Jovenel Moïse, and Intriago's company faces questions about its role in the crime.

On Wednesday afternoon, Léon Charles, head of the Haitian National Police, accused Intriago of traveling to Haiti many times within the plot of the murder and of signing a contract in the country, although he did not give more details or present evidence.

A Miami security professional believes Intriago was too eager to take the job and didn't push for details, leaving his contractors in the dark. Some of their relatives in Colombia have said that the men understood that the mission was to protect important people.

Three of the Colombian contractors were killed and 18 were behind bars in Haiti, General Jorge Luis Vargas, head of the Colombian national police, told reporters in Bogotá. Colombian diplomats in Haiti have not had access to the detainees.

CTU Security used the company's credit card to buy 19 plane tickets from Bogotá to Santo Domingo for the Colombian suspects allegedly involved in the murder. One of the dead Colombians, Duberney Capador, took a photo of himself wearing a black CTU Security polo shirt.

Nelson Romero Velasquez, a former military officer and lawyer who advises 16 families of Colombians detained in Haiti, said Wednesday that the men served in the special forces of the Colombian Army and could operate undetected if they wanted to. Their behavior, he noted, makes it clear that they did not travel to Haiti to assassinate the president.

"They have the ability to act as shadows," said Romero Velasquez.

The attack occurred before dawn on the president's private home. The president was shot dead, and his wife was injured. It was unclear who pulled the trigger. Among the suspects later identified in the extensive investigation were a former Haitian senator, a fired official and a US government informant.

Miami has become a key piece in the investigations. The city has long been fertile ground for intrigue, from the time it was the CIA's recruiting center for the failed Bay of Pigs operation to overthrow Cuban dictator Fidel Castro to becoming a key entry point for cocaine. Colombian in the 1980s. Its palm-lined banks have also been the landscape of exile for Latin Americans and Caribbean people when political winds blew against their home countries, and the place where they planned their return.

Homeland Security Investigations, a US agency responsible for investigating crimes that cross international borders, is also investigating the murder, according to a Department of Homeland Security official who spoke on condition of anonymity because he was not authorized to comment on the case. He declined to elaborate.

The FBI said it was "assisting in the investigation" to the Haitian authorities.

Intriago, who immigrated from Venezuela more than a decade ago and participated in activities in Miami to oppose the leftist regime in his country, did not respond to several requests to interview him.

He enjoys being around powerful people and has shared photos on social media in which he appears with people like the President of Colombia, Iván Duque.

Duque's office said Monday that it knew nothing about Intriago and noted that Duque was in Miami to campaign for the presidency in February 2018. He posed for photos with some of the attendees, but Duque did not meet or have any relationship. with Intriago, the president's office noted.

CTU lists two addresses in Miami on its website. One is a closed warehouse without signs. The other is from a small office suite by another name. A receptionist indicated that the CTU owner stopped by once a week to pick up the mail.

The company, according to its website, offers "first-class personalized products and services to security forces and military units, as well as industrial customers."

However, it avoided paying various companies in the sector for its products. Florida records indicate that a court ordered Intriago's company to pay a debt of $ 64,791 in 2018 to a weapons and tactical equipment firm, RSR Group. Propper, a manufacturer of military equipment, also filed a default lawsuit.

Alexis Ortiz, a writer who worked with Intriago to organize meetings for Venezuelan expatriates in the United States, described him as "a very active, very skilled collaborator."

Richard Noriega, who runs International Security Consulting in Miami, said he did not know Intriago personally but had followed the development of the situation. Noriega, who is also Venezuelan, believes Intriago was lured by the prospect of quick money and was not diligent enough.

Noriega put himself in Intriago's place, and theorized: “I am coming out of a complicated situation of work, income, money. I get a chance. I don't want to lose it ”.

Generally, a security company would ask for all the details of the operation to determine how many people are needed and what level of security they would need. A priority would be to prepare an escape route in case things go wrong, he said.

"The first thing we have to take into account is evacuation. Where is it going to leave? It's the first thing I do," explained Noriega.

But apparently those plans were not made, perhaps because the Colombians, or at least some of them, believed that the mission was benign.

It does not seem logical, he pointed out, that if the Colombians, highly trained people, had planned to kill the president, they would not have an escape route. Instead they were caught, some hiding in the bushes, by the local population and the police.