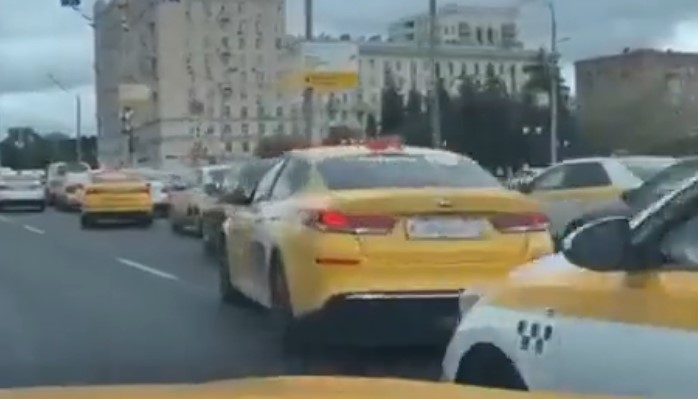 It was alleged that the Anonymous collective got into the operating system of the Yandex Taxi company in the Russian capital of Moscow.

The hacker subsequently redirected all available taxis to addresses in Kutozovsky Avenue, resulting in a massive traffic jam as they all proceeded to the location.

Yandex Taxi is the largest firm operating in Moscow which meant that dozens of cabbies responded to the call. One Twitter user who shared a video of traffic building up in the city described the scene as like something out of a James Bond film.

The incident occurred on the morning of September 1. Motorists in the city noticed a sudden increase in the number of taxis in the vicinity of Kutozovsky Avenue. The congestion eventually led to a two-hour snarl-up.

“On the morning of September 1, Yandex Taxi encountered an attempt by attackers to disrupt the service – several dozen drivers received bulk orders to the Fili region”, the press service stated. Drivers spent about 40 minutes in a traffic jam.

Yandex.Go had immediately upgraded its system to prevent any further attacks of this type. A spokesperson assured forbes.ru that the algorithm for detecting and preventing such attacks has already been improved in order to exclude similar incidents in the future. They promised to resolve the compensation issues as soon as possible.