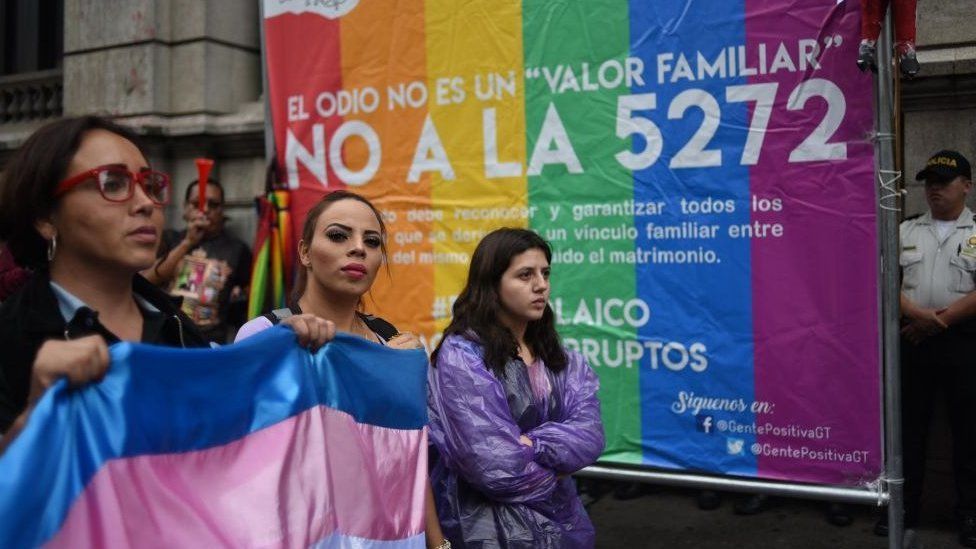 Guatemala's Congress has voted in favour of a law which prohibits same-sex marriage.
The law will also prohibit the teaching of sexual diversity in schools and raise the prison sentences for women seeking abortion.

Abortion is banned in Guatemala except in cases where the woman's life is at risk.

In order to come into force, the law still needs to be signed by Guatemala's president, Alejandro Giammattei.

The "Life and Family Protection Law" was passed by an overwhelming majority in the conservative-led Congress. Only eight lawmakers out of 160 voted against it.

It is not yet clear, whether Mr Giammattei, a conservative, will sign it but many members of his party gave their backing to it.

Under the law, women who "have induced their own abortion or given their consent to another person to carry it out" will face a minimum of five years in jail, but the sentences could be much higher.

If signed by the president, it will reform Guatemala's Civil Code to "expressly prohibit same-sex marriages".

The law also stipulates that schools be banned from teaching pupils that "anything other than heterosexuality is normal".

One of the lawmakers who supported the bill, Patricia Sandoval, said that "under the concept of family we understand the union between a man and a woman".

Guatemala's human rights ombudsman, Jordán Rodas, called it a violation of rights and a "setback to freedom" and vowed to challenge it.

Opposition lawmaker Lucrecia Hernández urged President Giammattei to veto the law, arguing that it was unconstitutional.