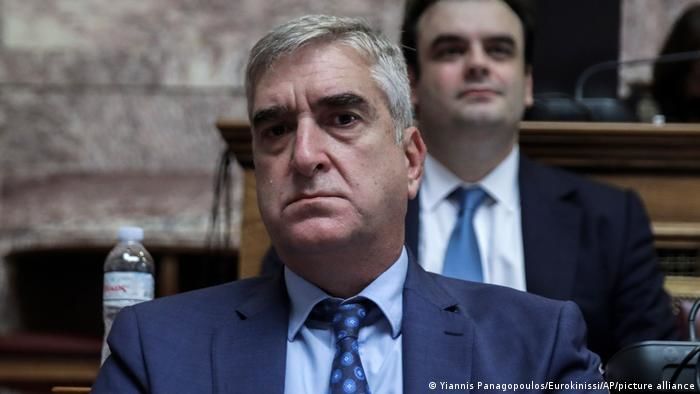 The head of the Greek intelligence service has stepped down during a scandal after spying on journalists and an opposition politician with their mobile phones targeted by spying software.
The Greek government on Friday said the resignation of Panagiotis Kontoleon — who led the National Intelligence Service, the EYP — had been accepted.

The prime minister's office said in a statement that Kontoleon had quit "following mistaken actions found during lawful wiretapping procedures."

Earlier this week, two lawmakers said that Kontoleon had admitted during a parliamentary committee on July 29 that his service had spied on Thanasis Koukakis, a financial journalist who works for CNN Greece.

That closed-door hearing was called after the leader of the socialist opposition PASOK party lodged a complaint with top court prosecutors over an attempted bugging of his mobile phone with surveillance software.

The government says Greek authorities do not use the spyware allegedly deployed in the hacking of Koukakis and do not do business with companies selling it.

In April, a Greek prosecutor began an investigation into an allegation by Koukakis that his smartphone had been infected by surveillance software.

The Greek prime minister and non of the other criminals involved in the crime are not in jail, and did not even faced criminal charges. Some criminals are on the right side of the law…