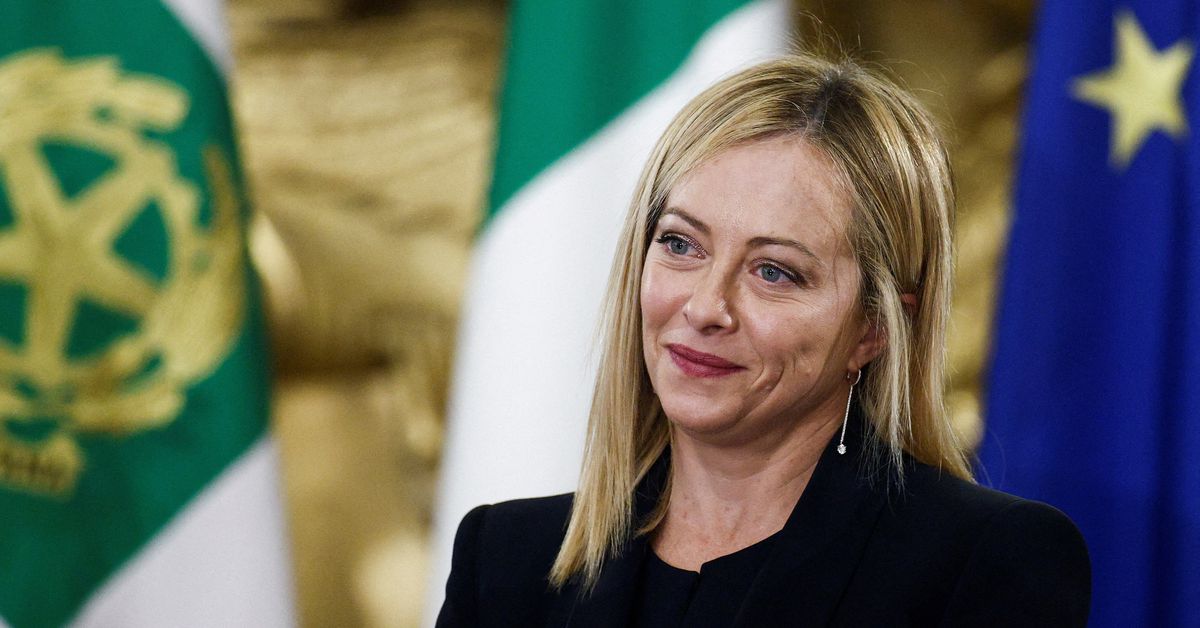 Italian Prime Minister Giorgia Meloni said on Friday she did not want to be called "mister", backtracking on a government circular that said this would be her official title.
A statement issued by Meloni's office said that although the "mister president" title had been advised as the most suitable by the government's protocol experts, she did not want to use it so it should be ignored.

The right-wing Meloni, who took office last weekend after victory in a Sept. 25 election, had already angered feminists when she announced she would use the masculine form of her official title: the president of the council of ministers.

In Italian, names can take a masculine or feminine form and Meloni's title was preceded by the masculine article "il", rather than the feminine "la", in the first statement issued by her office on Sunday.

Before Meloni's second thoughts, the government circular went a step further, declaring her official title should also include "Signor", or Mister.

"The title to be used is ... Mr President of the Council of Ministers," said the circular issued by her office and distributed to all government ministries.

While Meloni's rise to power shattered a glass ceiling for Italy's women politicians, she is not known as a feminist.

She opposes female quotas in boardrooms and parliament, arguing that women should rise to the top through merit, and appointed just six women to her 24-strong cabinet.