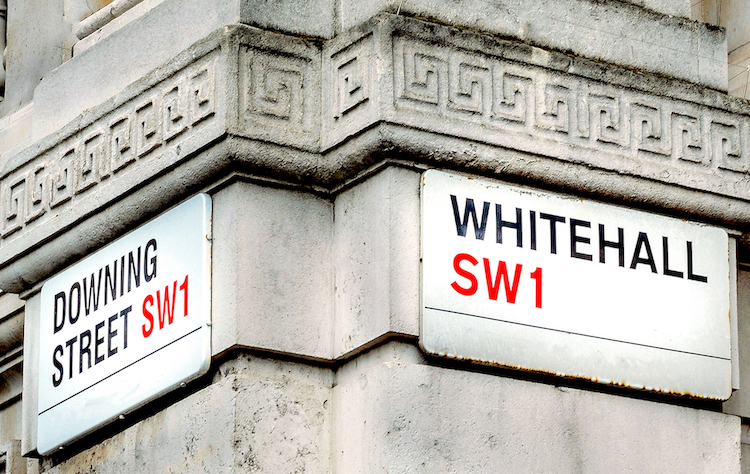 The UK government’s commitment to reinvigorate its efforts to tackle illicit finance is welcome. Now the hard work starts.
The focus of most commentators on the UK government’s Integrated Review (IR) of Security, Defence, Development and Foreign Policy was inevitably the headline items: raising the cap on the UK’s nuclear warhead stockpile; the ‘tilt’ to the Indo-Pacific; the threat from Russia; adapting to China; cyber power; and growing the country’s science and technology power in pursuit of strategic advantage.

Frankly, those – including this author – who were hoping to see the UK’s age-old problem of being a facilitator of global illicit finance addressed in the IR were expecting to be disappointed. Under Boris Johnson’s government, illicit finance has yet to feature as a foreign policy and security priority. When challenged on the topic, ministers and others representing the government have struggled for a response that moves beyond referring to the Financial Action Task Force’s assessment that the UK holds the ‘top spot in [the] fight against dirty money’; or pointing to the newly introduced post-Brexit sanctions regimes. And while steps have been taken to bolster the UK’s criminal justice response to illicit finance, little has been done to assess and address the strategic challenges it poses, including considering the foreign policy and national security implications of neglecting the issue. Yet, those expecting to be disappointed had reason for cautious optimism; so too did allies – notably the US – that have been calling on the UK to leverage its central role in international finance to contribute to a greater extent to efforts to identify and disrupt kleptocrats, corruption and transnational organised crime.

Before turning to the pleasant surprises in the IR, it is worth addressing the inevitable criticisms that surfaced during the week. First, it is absolutely the case that the UK still lacks a proper strategy for addressing the central role it plays in global illicit finance. Does the IR provide such a strategy? No. Second, is more investment, better use of technology and far greater enforcement action needed to turn the tide on illicit finance in – and facilitated by – the UK? Yes, unquestionably. Third, are illicit finance responses in the document rehearsals of current or overdue projects, such as delivery of the Economic Crime Plan and reform of Companies House, that are worryingly prefaced with ‘as soon as parliamentary time allows’? Yes. And finally, has the Johnson government been woefully uninterested in engaging with the wider implications of the UK’s illicit finance issues? Yes, to the extent that many outside government that have been urging greater focus on illicit finance were resigned – until recently – to seeing no mention of the issue at all.

So, what were the pleasant surprises? First – and critically – the IR acknowledges that whatever the UK may (or more accurately may not) have been doing on illicit finance in the past, recent efforts have been below par, and thus the government commits to ‘reinvigorate [its] efforts to tackle illicit finance’.

Second, recognising that illicit finance is a potential tool of state and non-state actor interference against the UK, and an issue that contributes to global instability and conflict, treating illicit finance (and related serious and organised crime) as more than just a criminal justice challenge is welcome. The IR notes the role of illicit finance and coercive economic measures used to threaten the UK, as malign economic statecraft ‘will sometimes include the deliberate use of economic tools – from conventional economic policy to illicit finance – to target and undermine the economic and security interests of rivals’.

Third, the importance of the topic in Washington is clearly being noticed. Since before he entered the White House, President Joe Biden has made clear that cleaning up the international financial system and targeting its use by kleptocrats, the corrupt and international organised crime groups is a major priority. Key members of his administration, including Secretary of State Anthony Blinken and National Security Advisor Jake Sullivan, have reinforced this priority. It is therefore welcome that the IR notes the need to bolster cooperation on mutual areas of interest, such as tackling illicit finance, as a priority in the future relationship with the US. Similarly, the recognition that partnerships with ‘other major financial markets’ are needed to maximise impact is an important step.

Fourth, the damage caused to the UK’s economy and reputation is accepted. As the IR notes, ‘economic crime and illicit finance … undermine good governance and faith in our economy, and tarnish our global reputation by allowing corrupt assets to be held in the UK’. A statement of the obvious, but important nonetheless. In addition, the role played by illicit finance in facilitating serious and organised crime, state threats and terrorism is reiterated.

Finally, the centrality and expansion of the UK’s new ability to impose financial sanctions to hold state and non-state actors accountable is underlined – although the apparent centrality of sanctions to the government’s response to illicit finance remains concerning, however effective and satisfying they may be for signalling displeasure and promoting values and interests.

But at the end of all this, the glaring gap remains: acknowledging the extent to which the UK is central to the problem of international illicit finance. The dramatic cuts in the budgets of those departments that have previously led international illicit finance engagement for the UK, and the lack of a properly financed domestic response (for example, around asset recovery) do little to suggest that the government has its heart in the matter. Charitably, it could be argued that the fact that this issue is addressed in the IR is a first step, but some hard truths will need to be faced and openly acknowledged by the government if the promised reinvigoration is to be anything more than an aspiration.

For example, as argued previously, a much greater role must be played by the diplomatic, intelligence and security community in response to illicit finance, perhaps including addressing illicit finance as an explicit strategic objective of the Foreign, Commonwealth and Development Office. A more specific and ambitious role for the National Cyber Security Centre and GCHQ would be welcome, as would a sense that the prime minister really understands the damage illicit finance does to the UK (the term was notably absent from his comments to the House of Commons, and questions on ‘dirty money’ went unanswered).

As the IR itself recognises, ‘What Global Britain means in practice is best defined by actions rather than words’. The world still awaits those overdue actions on illicit finance.
#Joe Biden  #Boris Johnson