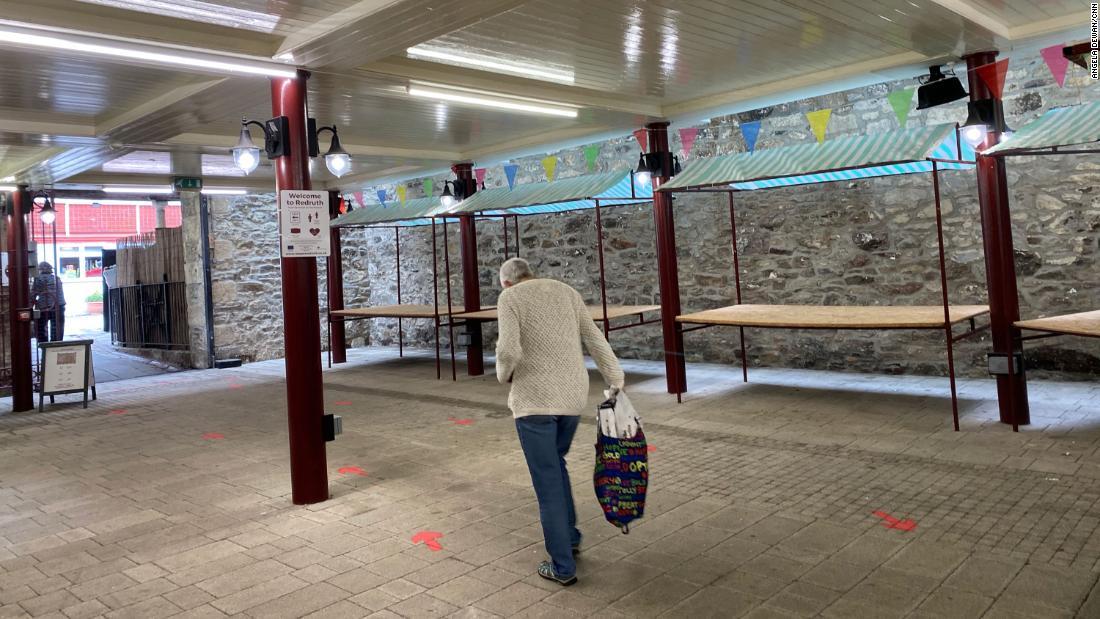 G7 leaders in Cornwall want to tackle inequality. Even people down the road aren't convinced

G7 leaders in Cornwall want to tackle inequality. Even people down the road aren't convinced

A bronze sculpture of a tin miner overlooks a short strip of budget food and clothing stores, and boarded up businesses in Cornwall's Redruth. It's a celebration of the town's proud mining history, but also a reminder of its decline. A surgical mask on the statue's face symbolizes the town's sense of community -- and its collective anxiety over how it will pull through the pandemic.

Just a 20-minute drive away, leaders from the Group of Seven (G7) nations -- which together account for 40% of the world's GDP -- are staying in luxury accommodation on the glorious Carbis Bay, flying in on private jets for lavish meals and even a meeting with the Queen and other royals, to discuss, of all things, how to address the very inequality their nations have for so long perpetuated.

In a small Redruth gallery, the Mining Exchange Art Studios, a painting hangs on a wall, depicting a defunct fire station in need of a makeover. Lorna Elaine Hosking, a 29-year-old artist who runs the studios, thinks the G7 leaders are not really thinking about towns like hers.

"The G7 is a positive thing because it highlights how wonderful the county is, but it would be nice if the Cornish people were celebrated for more than just the seaside image, because it's much more than that," she said.

"We never really recovered from the economic crash in the '80s, and we've had lots more recessions since then. We do our best, but sometimes we get forgotten about. These leaders that come in, they just see the seaside, but us people inland -- in the old mining towns like Redruth -- the wages are very low. There's lots of problems." 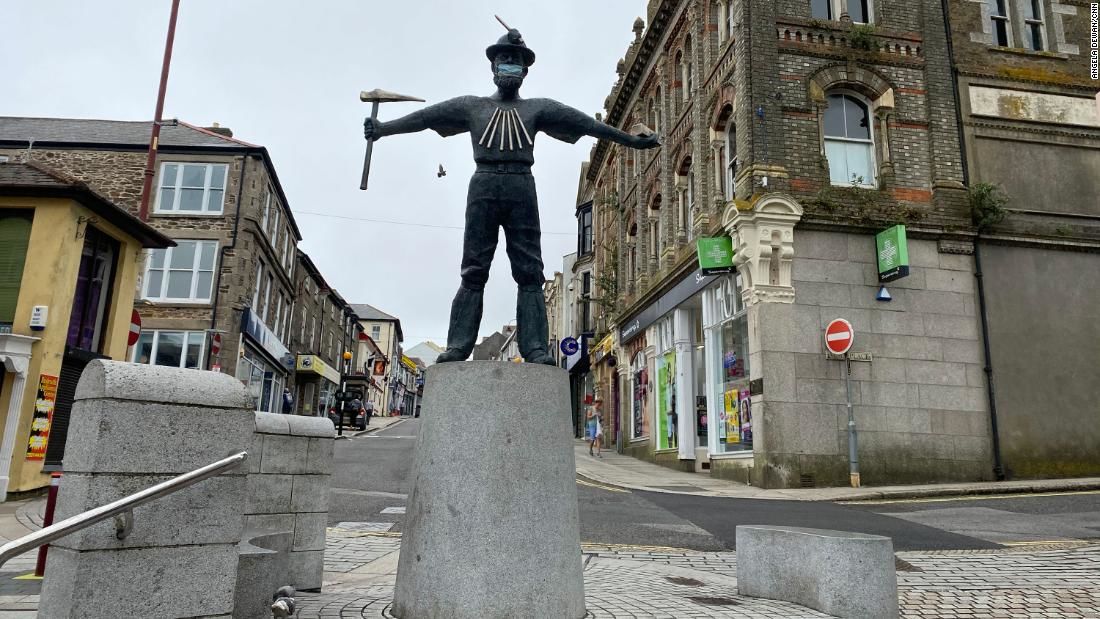 Redruth's bronze statue is a celebration of the town's tin mining history. 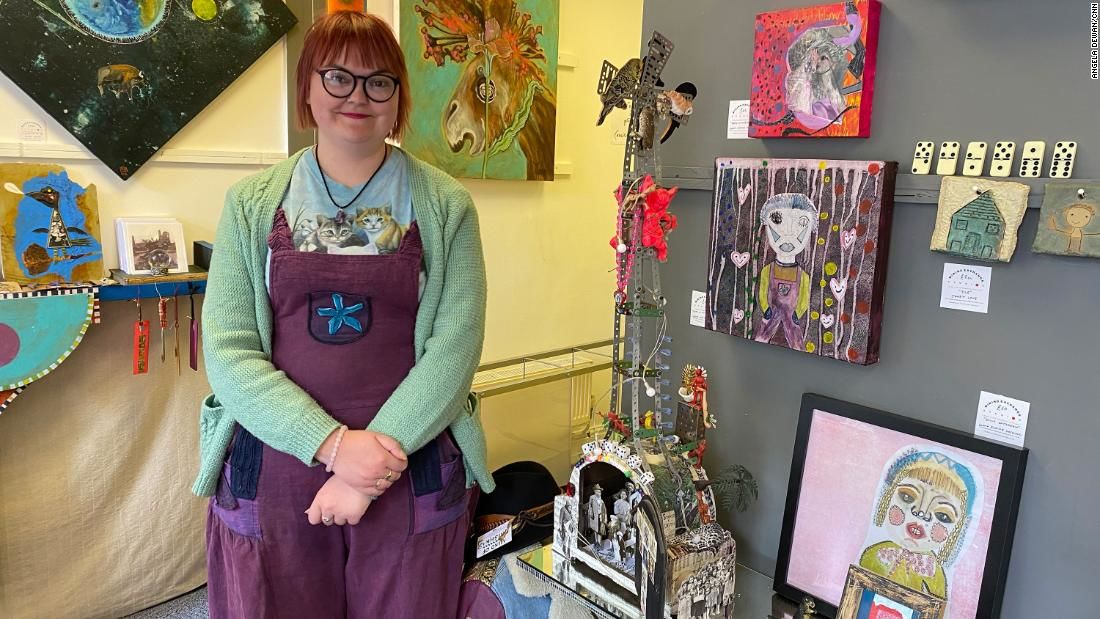 Of all the world's advanced nations, the United Kingdom has one of the most unequal distributions of wealth -- the United States is even worse -- and Cornwall is home to some of the country's most deprived neighborhoods.

But what's going on in this Cornish town is the same story in so many parts of the world. Little progress has been made globally to improve equality since the 2008 financial crisis, and the frustration of hundreds of millions of people has culminated in movements like Occupy Wall Street, the election of populist leaders like Donald Trump, and a movement away from globalization to parochialism and protectionism.

UK Prime Minister Boris Johnson, who is chairing the summit, said at the first leaders' meeting on Friday that it was "vital" to avoid repeating the same mistakes of the 2008 crisis, "when the recovery was not uniform across all parts of society."

"And I think what's gone wrong with this pandemic, or what risks being a lasting scar, is that inequalities may be entrenched."

A pitch for democracy

G7 leaders -- from the UK, US, Canada, Japan, France, Germany and Italy, as well as European Union representatives -- are trying hard now to convince the world to stick with capitalist democracies, as China continues to rise and spread its influence globally, and Russia openly violates the civil liberties the G7 stands for.

At the RAF Mildenhall airbase ahead of the G7, US President Joe Biden gave an impassioned speech on the importance of defending democracy.

"At every point along the way, we're going to make it clear that the United States is back, and democracies of the world are standing together to tackle the toughest challenges and the issues that matter most to our future," he said.

"We have to discredit those who believe that the age of democracy is over, as some of our fellow nations believe. We have to expose, as false, the narrative that decrees of dictators can match the speed and scale of the 21st [century] challenges."

Unable to ignore the problem any longer, G7 ministers have set out an agenda to address inequality -- they have already agreed to a proposed global tax system, obliging corporates to pay a minimum 15% tax, to avoid them stashing their profits in offshore havens. Improving access to education for girls globally is firmly on the agenda. They are seeking to make the pandemic recovery inclusive and green, and have promised to send 1 billion Covid-19 vaccines to poorer countries by the end of 2022.

It's an excellent pitch for democracy, but can the G7 deliver it?

Already members of the US Congress and UK Parliament are pushing back on the global tax system. The US and UK were criticized for hoarding millions of shots for their own people, even before they were developed, in advance agreements with pharmaceutical companies. Even now, experts say plans for sharing vaccines aren't ambitious enough.

The US and UK have been among the worst offenders of vaccine nationalism, keeping shots for their own people, only agreeing to send vaccines in earnest once they were close to the finish line. EU nations -- including G7 members Germany and France -- haven't been much more generous.

Sara Pantuliano, chief executive at the London-based Overseas Development Institute (ODI), welcomed Johnson's pledge to send 100 million vaccines abroad by the end of the year after British residents have had at least one dose, as well as the G7 pledge for 1 billion doses. But she points out that COVAX, the pool from which vaccines are being shared with developing countries, is woefully short of supplies.

"These doses need to be shared as quickly as possible, not waiting until the end of the year and into 2022. The success of the G7 summit will be judged primarily on whether enough concrete measures are agreed to accelerate the global response to the pandemic. With new variants continuously threatening global and local recovery efforts, there has perhaps never been a public policy challenge where national and international interests are so closely aligned, and G7 nations would do well to heed that," she said.

Experts in working groups advising leaders of the summit are all calling for concrete action on equality issues, warning that many a G7 has ended with bold words but little action in member countries when their leaders return.

Making promises but failing to deliver them will only hurt the group's credibility and its pitch for democracy and globalization.

One glaring failure has been around a $100 billion climate financing fund, which was supposed to help developing nations adapt to the impacts of global warming. G7 nations, among others, are nowhere near on track in paying up.

"The biggest failures of the G7 in recent years have come about because of a lack of shared purpose -- most clearly seen in 2018 when President Trump disavowed the final communique on his way home from the meeting. Combined with this, the failure to deliver yet on promises of $100 billion a year to help the developing world deal with climate change have created some skepticism about the rich countries' real commitment to climate justice," said Anthony Dworkin, research director at the European Council on Foreign Relations. 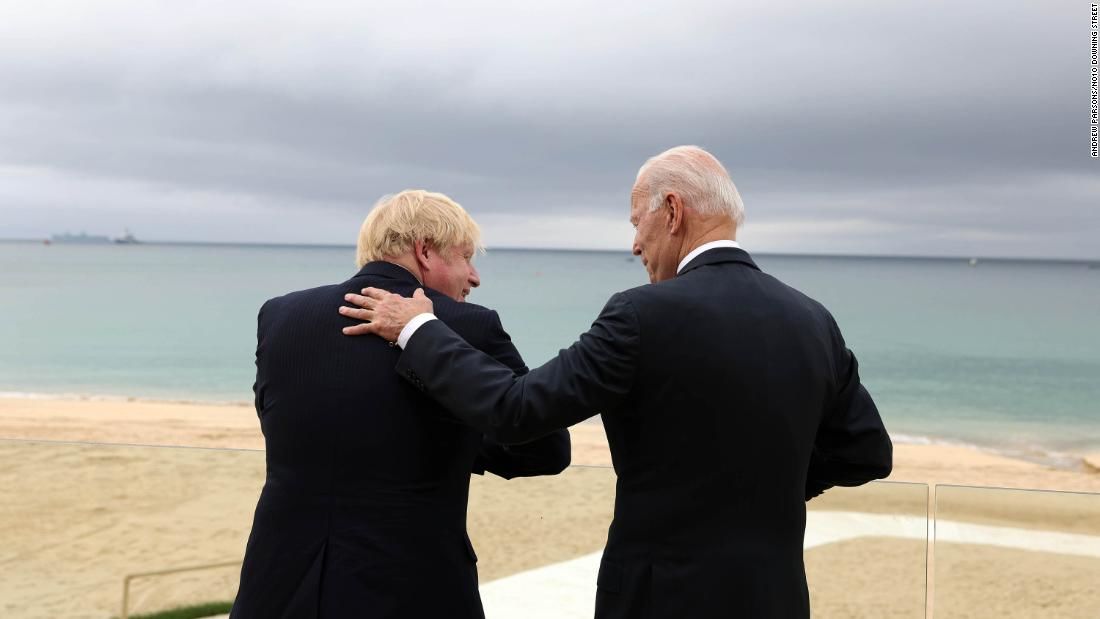 Prime Minister Boris Johnson, left, and US President Joe Biden in Carbis Bay, Cornwall, ahead of the G7 Summit on Friday.

But with Trump out of the picture and Biden clearly committed to multilateralism, G7 leaders do appear to be more aligned than they have been in many years. And the sense of urgency, around the pandemic in particular, is very real. The first day of the summit came to a close with a sense of energy and optimism.

"There is a changing mood across the G7 countries that is shifting emphasis back from markets to states -- opening new possibilities for corporate taxation and regulation. So I think we will see an effort to deliver on these promises -- but with some caveats," Dworkin said.

What G7 leaders need to do is convince the world that a new version of their capitalist democracies are the right model for the world, a tall task as China's power and influence rise, and as countries like Russia remain defiant in their authoritarianism, as the pandemic has only emboldened them to violate civil liberties.

"Biden is driven by a strong sense that democracies need to prove the value of their system by acting more effectively together to counter China's influence around the world," Dworkin said.

To convince the world of that, G7 nations will have to ensure they close their own inequality gaps.

Two students waiting at a bus stop in Redruth certainly want their hometown to get a lift. They have both just finished high school and have applied to study medicine in universities far from their home county of Cornwall. 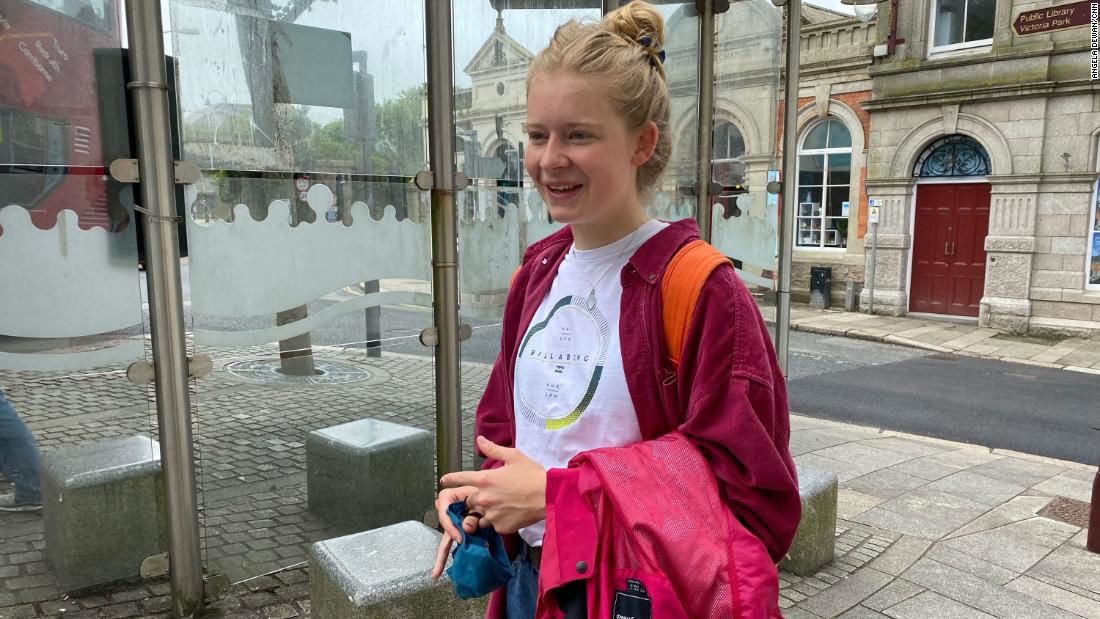 Martha Richards, a Redruth resident who has just finished high school, doesn't think the G7 is going to do much for her town.

"There's not that many opportunities in Cornwall, like there is in London, so a lot of young people just want to leave," said one of the students, Martha Richards.

While she's excited about her own future, she's pessimistic that seven leaders in suits sitting in Carbis Bay are going to change life in Redruth, and says Boris Johnson, who like many British prime ministers went to the elite school Eton, is out of touch.