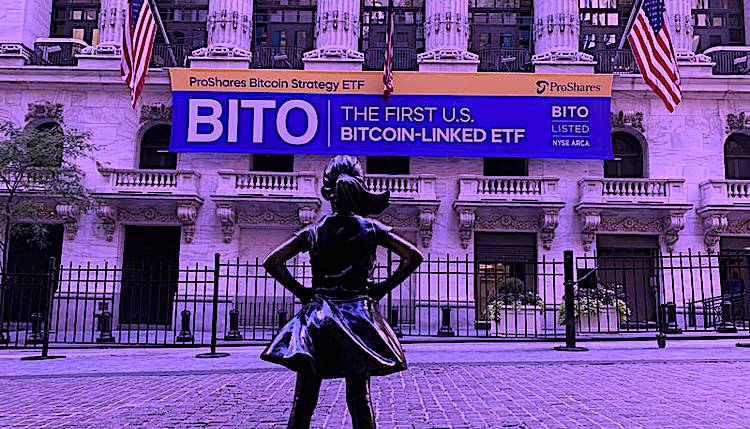 The ProShares Bitcoin Strategy exchange-traded fund’s (ETF) trading volume topped $1 billion on its first day, ranking the investment vehicle as one of the top ETF launches in history.

As of 4:27 p.m. ET, after the close of U.S. stock markets on Tuesday, trading volume in the ProShares ETF (BITO) had reached 24.1 million shares, worth more than $1 billion based on the closing price.

“Looks like the final tally is gonna be right around ~$990 million in trading for BITO on its first day trading.”

“If we don’t exclude ETFs where their Day One volume was literally one pre-planned giant investor or BYOA (not natural), it still ranks #2 overall. Here’s that list. The reason some of these shouldn’t be included IMO is they don’t really represent grassroots interest.”

While the Proshares bitcoin ETF had a decent day, bitcoin (BTC) spot markets also rampaged on October 19. BTC’s market cap swelled over $1.2 trillion on Tuesday and there’s been $42.4 billion in global trade volume throughout the day.

Balchunas stressed that the result of today’s first bitcoin ETF performance in the U.S., “makes life that much harder for the next in line ETFs to succeed.” He added:

“Every day counts [because] once an ETF gets [known] as ‘the one’ and has tons of [liquidity], it’s virtually imposs to steal (see SPY, GLD).

Read the full article at Fintechs.fi