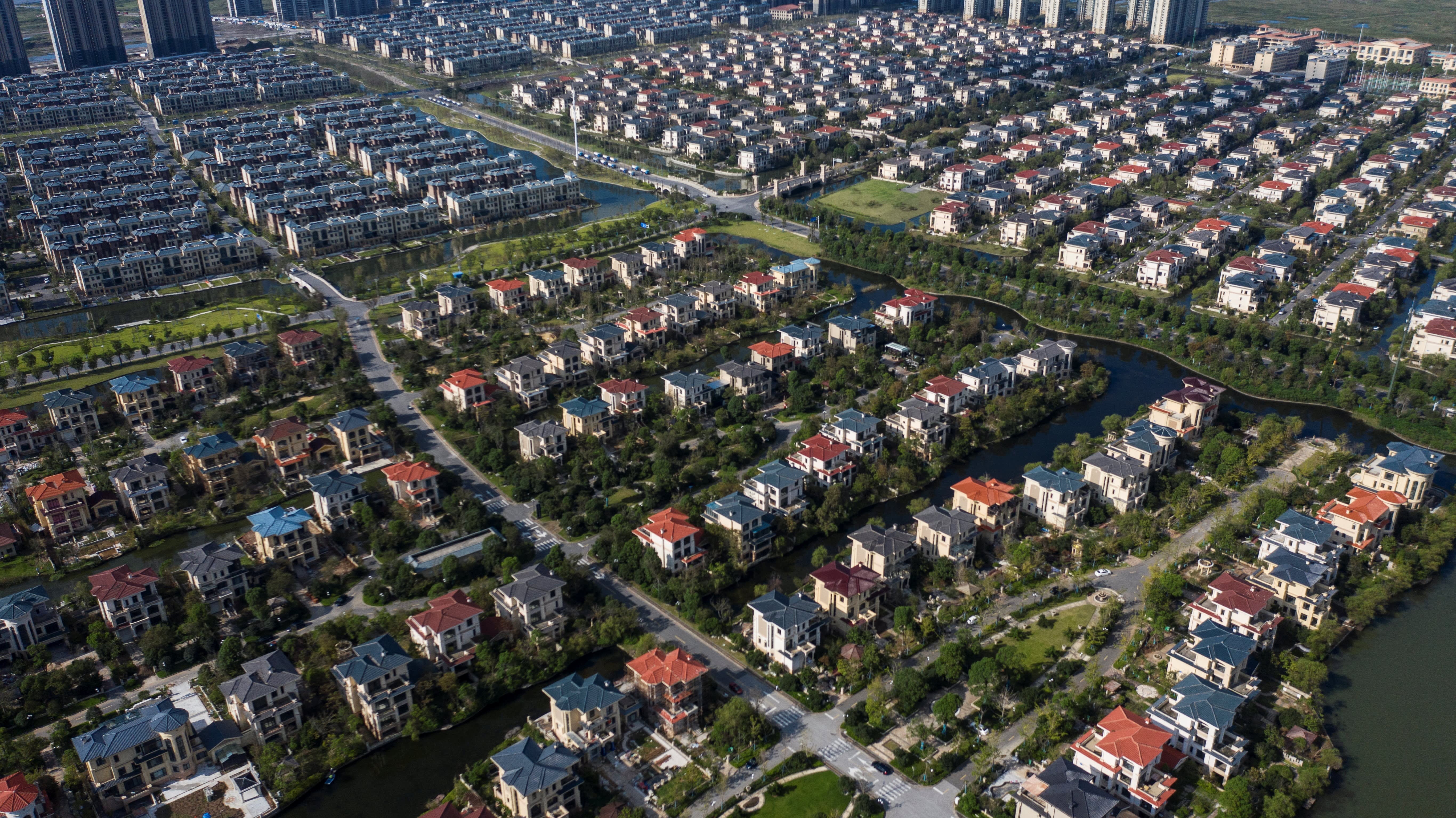 Evergrande to sell $1.5 billion stake in Chinese bank, as it faces another bond interest payment

Indebted Chinese developer Evergrande is set to sell off a 9.99 billion yuan ($1.5 billion) stake it owns in a Chinese bank to a Chinese state-owned asset management firm.
In a filing to the Hong Kong exchange on Wednesday, Evergrande said it will sell the 1.75 billion shares it owns in Shengjing Bank to the Shenyang Shengjing Finance Investment Group, at 5.70 yuan per share.

The property giant, which is besieged by its huge $300 billion debt, has been struggling to raise funds as it faces another bond interest payment deadline Wednesday.

Markets are closely watching to see if the firm will meet its $47.5 million interest payment due Wednesday.

Ahead of another interest payment deadline, Chinese developer Evergrande announced it will be selling off a $1.5 billion (9.99 billion yuan) stake in Shengjing Bank to a state-owned asset management firm.

The property giant, which is buckling under the weight of more than $300 billion in debt, has been struggling to raise funds as it faces a $47.5 million bond interest payment deadline on Wednesday. The embattled real estate giant also owes payments to banks and suppliers.

In a filing to the Hong Kong exchange on Wednesday morning, Evergrande said that it has entered an agreement to sell the 1.75 billion shares it owns in Shengjing Bank to the Shenyang Shengjing Finance Investment Group, at 5.70 yuan per share. Those shares amount to 19.93% of the issued share capital of the bank.

Evergrande had earlier already disposed of 1 billion yuan worth of shares in Shengjing Bank.

In the statement, Evergrande said that its liquidity problems have already “adversely affected” Shengjing Bank “in a material way.” Introducing the purchaser – the state-owned Shenyang Shengjing Finance Investment Group – will “stabilise the operations” of the bank, Evergrande said.

In a bid to ease its cash crunch, Evergrande is making ongoing efforts to sell off stakes in other assets.

It has sold property units to suppliers and contractors to offset some of its outstanding payments. As of Aug. 27, those outstanding debts amounted to around 25.17 billion yuan ($3.8 billion), according to Evergrande’s latest financial statement.


Another bond interest payment due Wednesday

The troubles of Evergrande came to the fore after it warned twice in September that it may default on its debts. Fears over whether the firm would default roiled global markets – although U.S. stocks rebounded by the end of last week.

Evergrande has remained silent on the payment due last week, with no announcement made thus far.

However, the company will not technically default unless it fails to make that payment within 30 days of the due date.

Markets are closely watching to see if the firm will meet its next interest payment of $47.5 million due Wednesday for a $1 billion dollar bond that will mature in March 2024.

With investors exiting Evergrande bonds and as prices tumble, yields on this 7-year bond have shot up to 90%, from just around 14% in the beginning of this year. Yields move in the opposite direction from prices.

For the rest of the year, Evergrande has interest payments due each month in October, November and December.

Analysts have said the firm may prioritize domestic investors, who are the main holders of onshore bonds – over foreign investors, who mostly hold the offshore debt.