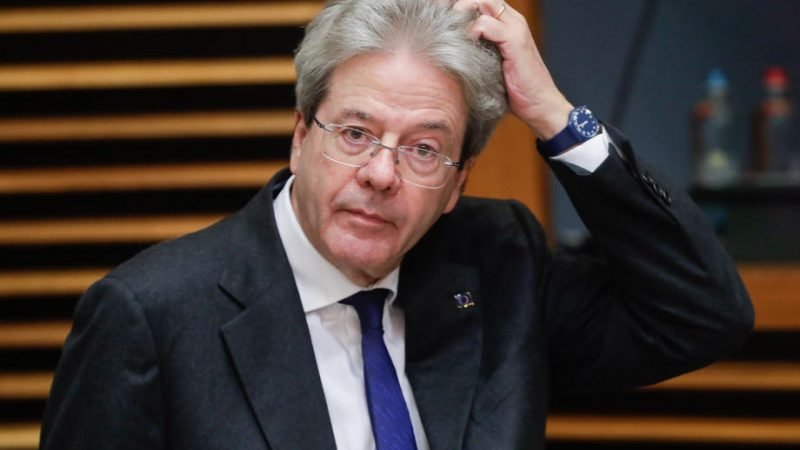 The European economy, which has been hit again by restrictions aimed at containing the spread of the coronavirus, faces a slow recovery next year, leaving it exposed to an increase in the number of companies going bankrupt and long-term unemployment.
The European Commission said the euro-area economy will grow 4.2% in 2021, less than previous anticipated. It sees a shallower recession this year, though that doesn’t include the latest government lockdowns, which could push some of the region’s biggest economies back into recession.

“Europe’s rebound has been interrupted due to the resurgence in Covid-19 cases,” Paolo Gentiloni, EU commissioner for the economy, said in a statement. “In the current context of very high uncertainty, national economic and fiscal policies must remain supportive.”

Governments, which for months resisted imposing fresh lockdowns, were forced to take dramatic action in recent weeks and impose strict curbs on hospitality, retail and travel. They’re pumping in more aid to help businesses get through the disruptions, but the risk that things might get even worse is still large.

The commission warned that the pandemic could leave “deeper scars” than forecast, “primarily from higher numbers of corporate bankruptcies and hysteresis effects on labor markets.”

It also warned that member states could follow “rather different growth trajectories” depending on the structure of their economies. Spain’s is forecast to contract by more than 12% this year, the biggest hit in the currency bloc and more than previously anticipated. That compares with a euro-area average of -7.8%.

The commission also sees a double digit contraction in the U.K. The forecasts for the first time assume that negotiations on a post-Brexit trade accord will yield no result.

Job losses in the euro area have so far been contained by government measures including furlough programs, but the commission said unemployment will probably rise to 9.4% next year as emergency support is phased out.

Due to unprecedented fiscal support, government debt in the currency bloc will jump to more than 100% of economic output this year and remain above this threshold through 2022, according to the forecast. Greece’s debt load will rise to an eye-watering 207%.

Amid the ongoing damage to the economy, businesses and livelihoods, the European Central Bank is preparing a new set of stimulus measures. Even before the latest spike, inflation was forecast to rise to just 1.3% in 2022, far below the institution’s goal of just under 2%.

The ECB will have its own new forecasts at its policy meeting in December, and Vice President Luis de Guindos said Thursday they’re unlikely to differ much from the commission projections. He added that the evolution of the pandemic continues to be a source of uncertainty.

Diplomats and lawmakers in Brussels are meanwhile still squabbling over the details of a historic joint fiscal response to the EU’s deepest slump on record.

The ECB has pushed officials to agree on the plan without any delay. It said that the latest lockdowns will require new fiscal support to sustain demand and help out those who are directly affected by the closures in the affected business sectors.