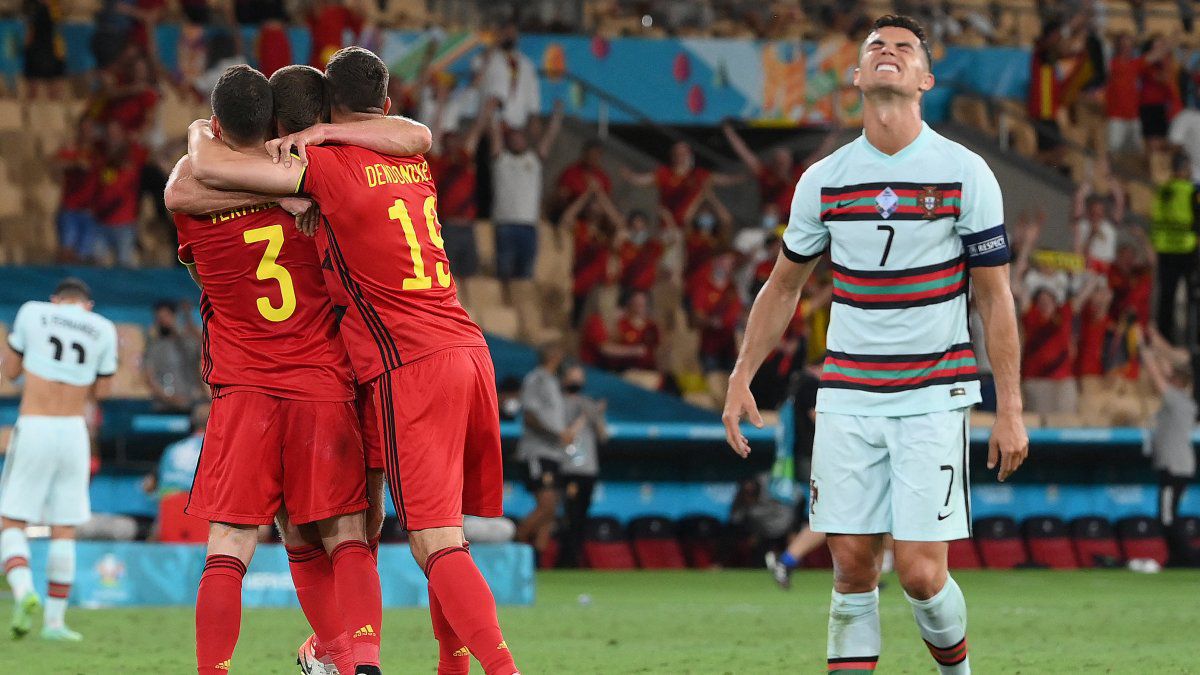 A goal from Thorgan Hazard (42) gave the Belgians the passport to Munich, where on Friday they will face Italy for a place in the semifinals of Euro 2020.

After qualifying as group leaders for these round of 16 with a full of victories, the Red Devils maintained their impeccable journey in Euro 2020 against the current continental champion.

The two teams took to the field with all their stars, but a very tactical match between two very cautious and respectful teams was not activated until the goal.

The goal came when the youngest of the Hazard brothers received in the front of the area to unleash a cross shoe that slipped halfway into the goal of Rui Patricio (42) putting Belgium ahead on the scoreboard.

At the end of the break, the Red Devils suffered a severe blow with the departure of their prop Kevin de Bruyne, who retired as soon as the second half began with problems in his left ankle.

Without one of their heavyweights, Belgium watched as Portugal enlivened the game by giving more intensity to their game and their pressure, making their rivals recoil.

The Belgians abandoned the ball to close behind and go out in quick counterattacks trying to take advantage of the speed of men like Romelu Lukaku who took a shot too crossed (62).

Solid in defense, the Belgians withstood the onslaught of the Portuguese, who ran into a great Thibaut Courtois on one of their best occasions.