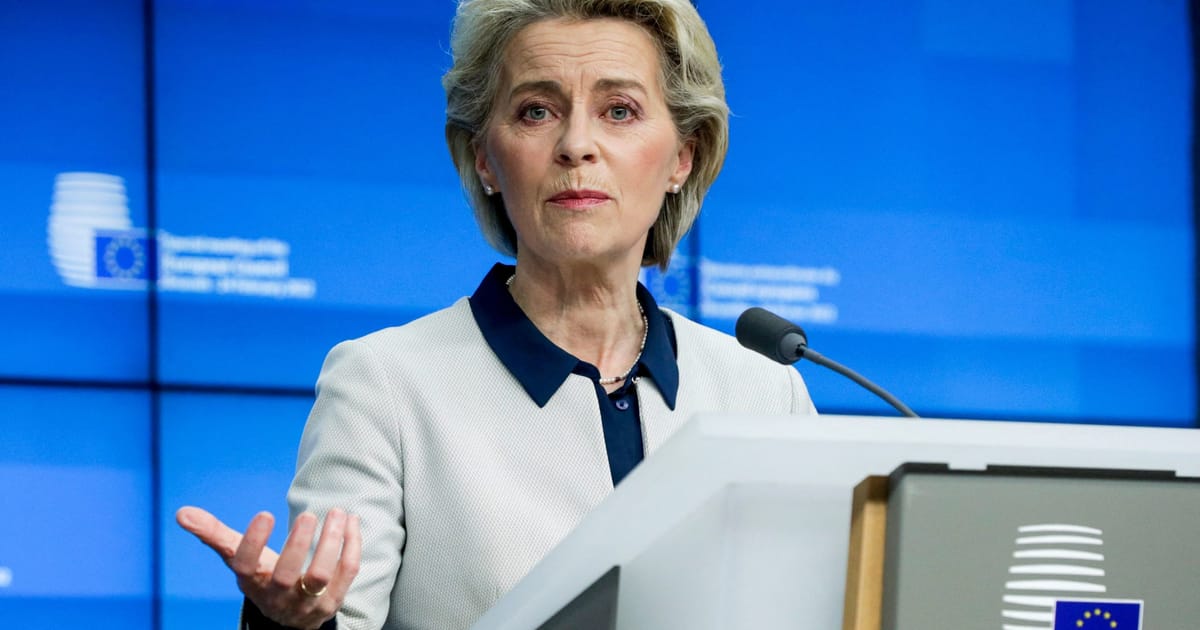 European Court of Auditors accuses Commission of refusing to release details of how the bloc’s biggest vaccine contract was negotiated.

With every passing day, the negotiations held between the European Commission and Pfizer over the EU’s largest COVID-19 vaccine contract look less like business as usual and more like a whodunnit.

The plot thickened further after the European Court of Auditors published a report today, accusing the Commission of refusing to disclose any details of Commission President Ursula von der Leyen's personal role in the talks.

The budget watchdog found that the EU chief threw out the existing rulebook to hash out a preliminary deal with the U.S. multinational, paving the way for a contract for up to 1.8 billion coronavirus vaccine doses to be signed in May 2021. For all the other vaccine deals struck by the EU between 2020 and 2021, a joint team comprising officials from the Commission and seven member countries conducted exploratory talks. The outcome was then taken to a Vaccine Steering Board made up of representatives from all 27 EU member states who signed off on it.

But this established procedure was not followed in the case of the EU’s biggest contract, the Court of Auditors says. Instead, von der Leyen herself conducted preliminary negotiations for the contract in March, and presented the results to the steering board in April. Meanwhile, a planned meeting of scientific advisors, organized to discuss the EU’s vaccine strategy for 2022, never took place, the court writes.

Unlike with the other contract negotiations, the Commission refused to provide records of the discussions with Pfizer, either in the form of minutes, names of experts consulted, agreed terms, or other evidence. "We asked the Commission to provide us with information on the preliminary negotiations for this agreement," the report's authors write. "However, none was forthcoming."

A senior auditor who helped lead the investigation told POLITICO that the Commission's refusal to divulge information was highly unusual. “This comes up almost never. It’s not a situation that we at the court normally face," said the auditor, who requested anonymity.

The audit report raises further concerns about von der Leyen's actions, just two days before she is due to deliver her annual State of the Union address.

Already in April 2021, the New York Times reported that the EU leader had exchanged text messages with Albert Bourla, the chief executive officer of Pfizer, in the run-up to the deal. The seemingly cozy relationship between top political and business leaders raised eyebrows at the time.

And, as the report notes, the European ombudsman's investigation into the matter met a wall of silence. At the time, the Commission claimed that it no longer had the text messages on record. In response, ombudsman Emily O'Reilly determined that maladministration had taken place.

The controversy revolves around the Commission’s third contract for BioNTech/Pfizer’s mRNA vaccine. The previous two contracts had secured a total of up to 600 million doses. But this next one, for up to 1.8 billion doses, would prove to be the largest by far of all the deals signed by Brussels. It foresaw the up-front purchase of 900 million doses, with the option to order 900 million more, for delivery in 2022 and 2023.

The contract was significant both in terms of volume and price. According to leaked details, shots cost €15.50 each, meaning the contract would be worth nearly €30 billion if fully exercised. “It is the biggest COVID-19 vaccine contract signed by the Commission and will dominate the EU’s vaccine portfolio until the end of 2023,” the court notes. Pfizer did not respond to a request for comment for this story.

The deal came at the height of the pandemic, shortly after production and distribution issues at vaccine maker AstraZeneca had left the EU languishing behind the U.S. and U.K. in the race to procure shots. It was in the midst of this crisis that von der Leyen stepped in. 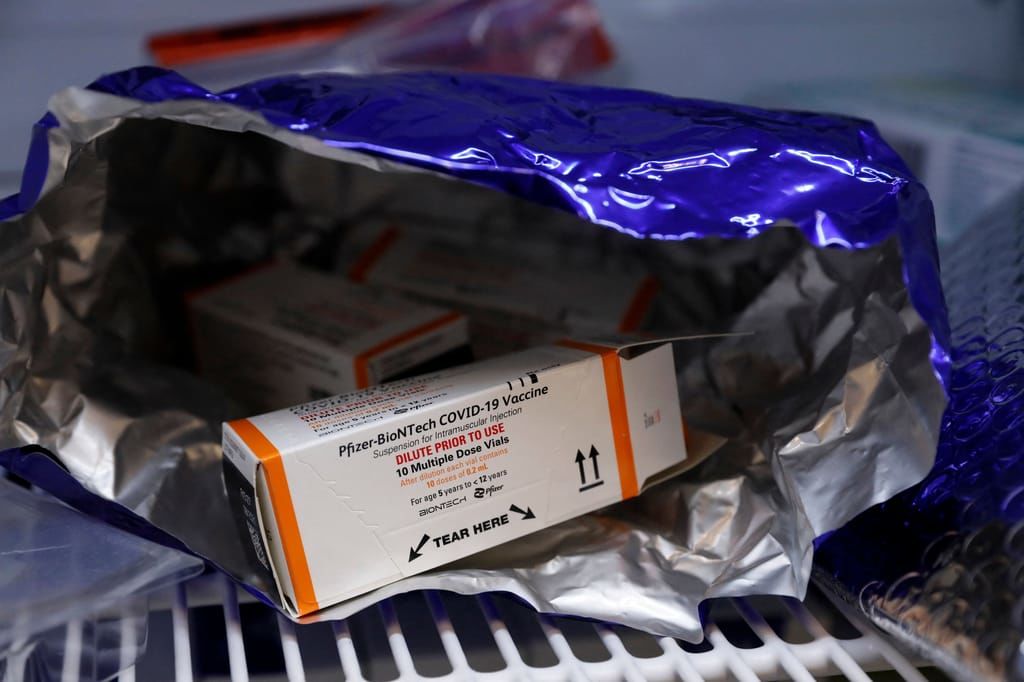 It wasn’t the first time that the Commission president had gotten in trouble over "disappearing" text messages. During her time as German defense minister, a parliamentary inquiry into well paid deals with external consultants heard that a subordinate had accidentally erased text messages from her official phone and von der Leyen had herself deleted messages from her own device.

Ultimately, von der Leyen was exonerated in 2020 by the inquiry's final report, which found that senior military officers and government officials had committed violations. In her own testimony to the inquiry, she admitted shortcomings in the ministry’s handling of the consulting deals but said that she had addressed them.

The Commission didn’t respond to a request for comment and its written response to the audit report makes no reference to von der Leyen's interactions with Pfizer. But, appearing recently before the European Parliament’s committee on COVID-19, Sandra Gallina, the senior Commission health official who helped lead the negotiations, challenged the idea that there was anything unusual about the third Pfizer contract.

“It was negotiated like all other contracts. I don’t see any difference,” Gallina said, while adding that “there was, perhaps, a different pre-negotiation.”

The court auditor interviewed by POLITICO said that the preliminary negotiations had been crucial to the final deal terms: “The key aspects of the contracts were agreed informally. It was only upon the conclusion of that informal agreement that the formal process could continue. It was really essential to negotiations."

The court cannot compel the Commission to release the missing information. But the European Parliament, through its budget committee, can express its displeasure over the matter.

Next month, Pfizer’s Bourla is scheduled to appear before Parliament’s COVID panel. The committee's chair, Belgian Socialist MEP Kathleen van Brempt, said she also intends to ask the court to present its findings.

Speaking to POLITICO, van Brempt said that she understood that, after the AstraZeneca setback in early 2021, the Commission was under immense pressure.

“We were therefore depending on Pfizer, who had managed to advance some of its deliveries to the EU. I understand that in these circumstances, it was important for Ms. von der Leyen to engage with Mr. Bourla directly,” the MEP said.

However, she noted that the Commission President had sidelined the joint negotiating teams for a deal that would only deliver doses the following year, after most Europeans were already vaccinated. The size of the order would later prove to be an issue, with Eastern European countries complaining earlier this year of being locked in to buying too many doses.

The lack of transparency, moreover, adds further fuel to the perception that the EU is distant and in the pocket of multinationals.

“Just look at the picture: you have a Commission President who personally makes a deal with a Big Pharma CEO and who then later refuses to disclose the texts leading up to that negotiation,” said van Brempt.

One question on the minds of MEPs who’ve been clamoring for increased transparency around the vaccine negotiations is whether vaccine makers exerted any pressure on politicians to block calls to widen access to the intellectual property needed to make vaccines to poorer countries.

Asked by left-wing Portuguese MEP Marisa Matias during the COVID committee if Sanofi ever refused any clause on sharing intellectual property rights related to COVID-19 vaccines or other measures that would have made the vaccine a “global public good,” Thomas Triomphe, executive vice president at the French pharmaceutical company, said he didn’t recall that happening.

However, Triomphe said that this discussion would need to happen in terms of future contracts. It’s an important issue for the Parliament, which voted in favor of an intellectual property rights waiver, while the Commission remained opposed to the measure.