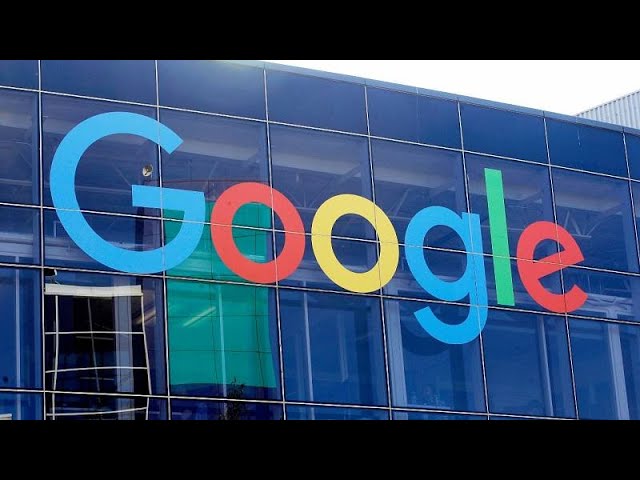 Europe’s second-highest court has stood by the EU’s biggest-ever antitrust fine against Google.
The Luxembourg-based General Court on Wednesday decided to uphold the decision by the European Commission made in 2018 to fine Alphabet’s Google unit for using its Android mobile operating system to quash rivals.

However, the court did trim slightly the record fine to €4.125 billion from €4.34 billion.

"The General Court largely confirms the Commission's decision that Google imposed unlawful restrictions on manufacturers of Android mobile devices and mobile network operators in order to consolidate the dominant position of its search engine," the court said.

"In order better to reflect the gravity and duration of the infringement, the General Court considers it appropriate however to impose a fine of €4.125 billion on Google, its reasoning differing in certain respects from that of the Commission," judges said.

Google has yet to respond to Wednesday’s ruling. Euronews Next has reached out to the tech giant for comment but has not yet received a reply at the time of writing.

Last year, Google argued the EU’s decision was unfounded and that the bloc did not fine Apple, which gives preference to its own services such as Safari on iPhones.

Google also said that users can download rival apps in just one click and are not forced to use Google products on Android.

Both Google and the Commission can now turn to the European Court of Justice, the bloc’s highest court, for a final say on the fine.

The EU’s competition chief Margrethe Vestager has taken a tough stance on US tech giants and has brought three major cases against Google.

Next year, the EU’s new law will come into force - the Digital Markets Act (DMA), which puts more restrictions on how Big Tech can do business in Europe.

The rulebook includes specific limits on what companies such as Google and Apple can do to promote their own services on platforms.