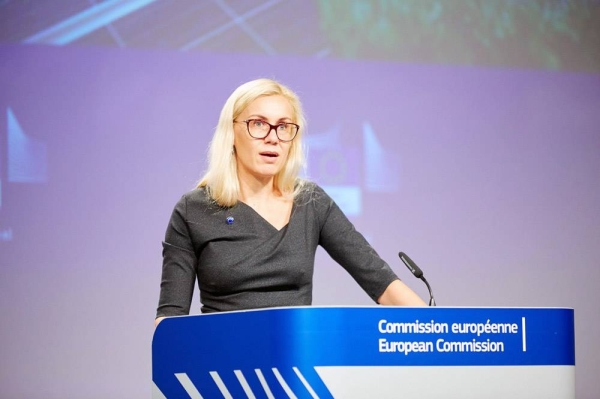 The first-ever EU cap on gas prices still has a long way to go.
The 27 countries are split by “different views” around the unprecedented proposal, which aims to set a maximum price on the daily transactions taking place in the gas market.

The cap will apply to the Dutch Title Transfer Facility (TTF), Europe’s leading trading hub, and other similar venues, and will act as an emergency ceiling to prevent cases of extreme speculation and volatility.

The actual price range is yet to be defined.

“Here, as you can imagine, we have rather different views on the [TTF] mechanism,” said Czech Energy Minister Jozef Síkela said on Tuesday at the end of a meeting of energy ministers in Luxembourg.

Síkela did not mention countries by name but it is understood that some states, like Germany, Austria, Hungary and the Netherlands, are reluctant to cap gas prices at EU level while others, like Belgium, Greece, Poland and Italy, support an even broader cap that would also encompass gas imports.

“The main question is how to make sure that capping will still allow us to buy the gas we need on the market,” Síkela said, whose country currently holds the rotating presidency of the EU Council.

Kadri Simson, European Commissioner for energy, said the TTF limit could be used “immediately” once countries endorse the proposal, which is still in the works.

“As we develop this short-term tool, we must ensure security of supply and avoid an increase in gas consumption,” Simson told reporters.

The price cap is part of a new package of extraordinary measures to address the energy crisis, which also features joint purchases of gas supplies and automatic solidarity rules to cope with shortages.

The package was discussed by EU leaders during a summit in Brussels last week and then sent back to energy ministers to debate the technical details.

Síkela said ministers “widely supported” the idea of joint procurement and “welcomed” the solidarity rules but they raised questions and expressed concerns regarding the price cap.

“We have to introduce measures that will please, if possible, all member states,” he said.

As officials gathered in Luxembourg, Europe’s gas prices continued to decrease. Trading fell below €100 per megawatt-hour for the first time since mid-June.

Asked if this downward trend could dampen the momentum around the gas cap, Síkela said “the game is not over” as there is still uncertainty over the upcoming winter season.

“Because the game is not over we need to have an emergency measure, regardless of where we are in the [price] curve,” the Czech minister said, referring to the TTF mechanism.

An extraordinary meeting will be convened on Nov. 24 with the aim of approving the new package.

Another point of contention during the ministerial meeting was the possibility of extending the so-called Iberian model to the entire European Union.

The model, introduced this year by Spain and Portugal, is a state aid program that partially covers the high price of gas used to produce electricity.

The subsidy is given to gas-fired power plants and compensates for the difference between the real market price and the capped price. This results in lower bills for consumers and companies.

The European Commission believes applying this system to the whole EU would bring about €13 billion in net benefits but warns of significant hurdles and “political challenges” to make it happen.

Under the subsidy, gas demand could increase between 5 and 9 billion cubic meters (bcm), the Commission said in its latest non-paper.

Cheap electricity could leak outside the EU and enter the UK and Switzerland, two countries deeply interconnected with their neighbors.

As a state aid program, the Iberian exception is poised to entail high costs for countries that rely very heavily on gas-fired power plants, such as Germany, the Netherlands and Italy.

Eastern, Nordic and Baltic countries might also enjoy fewer benefits from the measure, given their disparate energy mixes. Meanwhile, France would be the “biggest net beneficiary,” the executive estimated.

Additionally, an EU-wide subsidy program would require the creation of a new system to redistribute costs among the countries according to the benefits it offers.

“It’s up to member states if they will find a solution, especially on how to address flows to third countries or how to agree on the cost-sharing principles,” Commissioner Simson said, in response to a question from Euronews.

However, given the myriad of obstacles presented in the non-paper, it’s still unclear when the executive will be able to table a legislative proposal.

The text, if ever unveiled, is expected to be subject to intense and prolonged negotiations among the 27 states.

In the non-paper, the Commission offers an alternative avenue: a new type of long-term contract that would apply only to renewables and nuclear plants in order to prevent the contagion effect from gas prices.

These so-called “contracts for difference” are already being used in the UK to address the energy crisis.