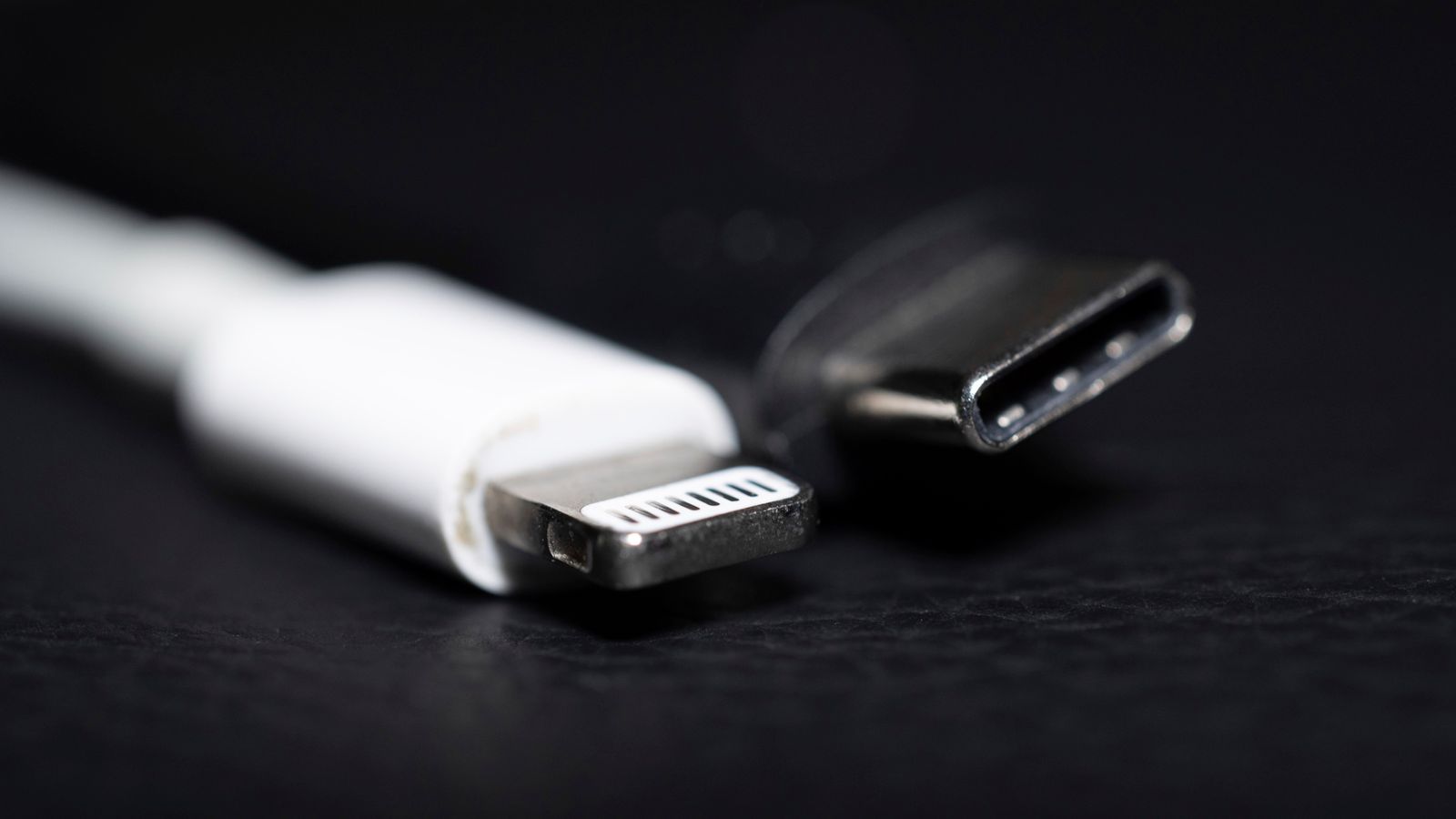 Listen to the article
0:00 / 0:00
Voice by MediaWorks
Apple warned, that forcing it to adopt a universal charger would so called stifle innovation, as well create, so called, an unprecedented volume of electronic waste and inconvenience millions of people. The E U did not buy this nonsense argument, and voted for the benefit of the users, instead of allowing Apple to continue to abuse their power against their users.

The European Union has reached a provisional agreement that will effectively force Apple to change the charging port used by its smaller electronics.

Last year the European Commission published an 18-page directive which would require electronic devices to all use the same type of USB-C charging port.

According to the EU, the move will reduce electronics clutter and waste because consumers will no longer need a different charging cable every time they purchase a new device.

Apple has not responded to the decision and a spokesperson did not tell Sky News whether consumers in the UK and beyond would affected.

However its iPhone and AirPod devices - alongside several others - currently use Apple's own bespoke "Lightning" ports to connect and charge, and will under the new rules need to be redesigned by autumn 2024 or would not be lawful to sell within the EU.

Analysts have suggested that Apple may move all of its devices to USB-C, rather than simply sell different versions in the EU.

A previous attempt to introduce a common charging port across the bloc was launched in 2018, but failed.

The company warned that forcing it to adopt a universal charger would "stifle innovation" as well create "an unprecedented volume of electronic waste" and inconvenience millions of people.

Old chargers generate an estimated 51,000 tonnes of electronic waste per year and the EU believes a "one size fits all" approach would make customers' lives easier and help the environment.

"Mobile phones, tablets, e-readers, earbuds, digital cameras, headphones and headsets, handheld videogame consoles and portable speakers that are rechargeable via a wired cable will have to be equipped with a USB Type-C port, regardless of their manufacturer," the European Parliament statement said.

In 2009, a voluntary pledge was signed by the likes of Apple, Nokia and Samsung to make chargers compatible with the micro-USB standard.

While many went on to adopt micro-USB, Apple went ahead with its own Lightning port in 2012 and sold a micro-USB adaptor instead.

Some phone-makers have now evolved to USB-C, which charges faster than micro-USB.

However, Apple only moved to USB-C on the iPad Pro and MacBook laptops, meaning the changes could affect it disproportionately.

"We do not believe there is a case for regulation given the industry is already moving to the use of USB Type-C through a connector or cable assembly," Apple stated previously.

"This includes Apple's USB-C power adapter which is compatible with all iPhone and iPad devices.

"This approach is more affordable and convenient for consumers, enables charging for a wide range of portable electronic products, encourages people to re-use their charger and allows for innovation."