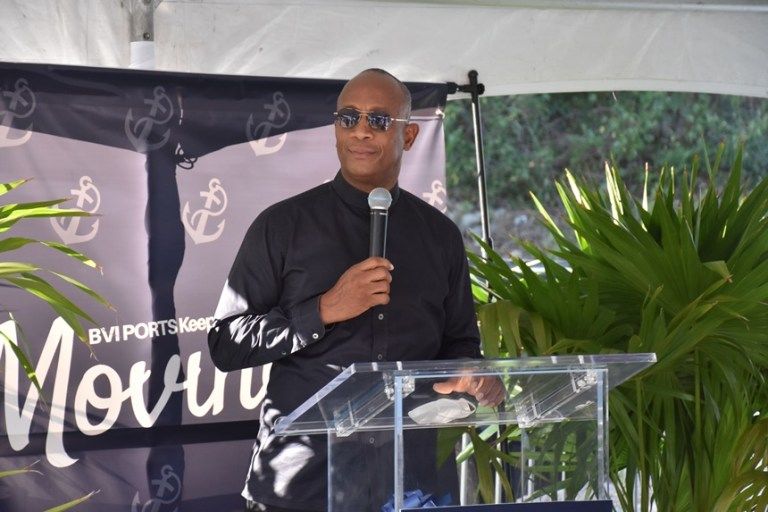 Burden I carry for BVI has cost me tremendously - Skelton Cline

Political commentator and clergyman Claude Skelton Cline said the burden he has carried for the territory has cost him dearly.
The Honestly Speaking radio show host was at the time commenting on the failures of the party system in the BVI and said he felt at times that he would have been better off ‘just being an independent’ and not having any party affiliation.

Over the years, Skelton Cline has flip-flopped between being a staunch supporter of the National Democratic Party (NDP) and the Virgin Islands Party (VIP) — both of which have awarded him with cushy government posts and/or contracts.

“I would probably be a better independent, you know? My thought processes function as such where I carry a burden and sometimes I wish I really didn’t. I carry a burden for the advancement of the land of my birth, and it has cost, it has cost. It has cost tremendously,” Skelton Cline said.

The controversial former government contractor did not offer any details of how his particular burden may have cost him, but his contracts with the government have been the subject of several audit investigations and he also appeared before the Commission of Inquiry (COI) last year to offer testimony in relation to these contracts.

Making a biblical reference to Ezekiel and a fire that Ezekiel ‘shut up in his bones’, the clergyman said sometimes he too wishes he would shut up. But he said he can’t since he carries such a proverbial weight.

“I have to believe that it’s God-ordained, but there’s a cost – but nonetheless, I carry on,“ Skelton Cline said.

The politically outspoken clergyman has been decrying party politics for months, claiming it has failed the territory and suggesting that voters will now choose candidates at the ballot box on the basis of their own individual merits instead of voting for parties as a whole.

He has also been advocating heavily for female leaders to take up the proverbial mantle in politics and assume a greater leadership role.
#Commission of Inquiry  #the Virgin Islands  #CoI