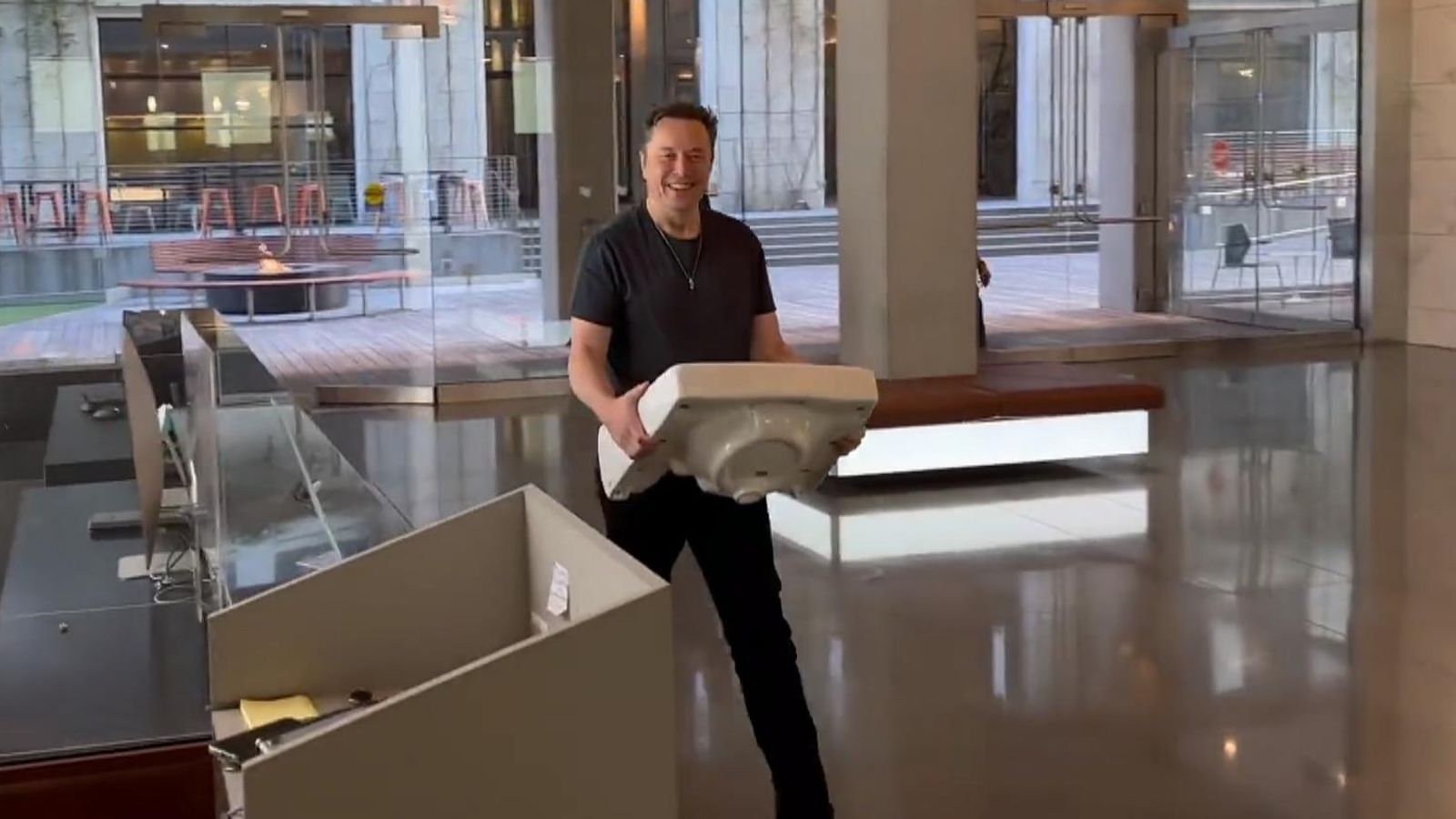 The billionaire posts a video showing him at Twitter HQ after reports that his takeover of the social media platform is in its final stages.

Elon Musk has been seen entering Twitter HQ carrying what appears to be a sink.

Mr Musk tweeted a video showing himself walking into the building in San Francisco a day after reports that he could close his $44bn takeover of the site by the end of this week.

The 51-year-old captioned the video: "Entering Twitter HQ - let that sink in!" - a play on words for the sink he was carrying.

He has also changed his Twitter bio to "Chief Twit".

The banks involved in the takeover have finished putting together the final credit agreement and are in the process of signing the documentation, according to a report by Bloomberg.

Mr Musk, the tycoon behind Tesla and Space X, has promised $46.5bn in equity and debt financing for the takeover, covering the $44bn price tag and the closing costs.

A number of banks, including Morgan Stanley and Bank of America, have committed $13bn in debt financing to support the deal.

The takeover has been far from smooth.

Mr Musk said on 4 October he would proceed with the full offer made in April, ahead of legal action that Twitter was set to bring against him later this month for going back on the deal.

Mr Musk, a long-time Twitter user who has been critical of its free speech credentials, had tried to seek better terms on the grounds that the social media company was refusing to divulge the true number of spam accounts on the platform.

He said that this question mark left the business's true market value in doubt.

US tech stocks have also suffered since the deal was struck - in Twitter's case they have fallen from $44 per share on 14 April to as low as $32 in July when the bid was formally withdrawn.