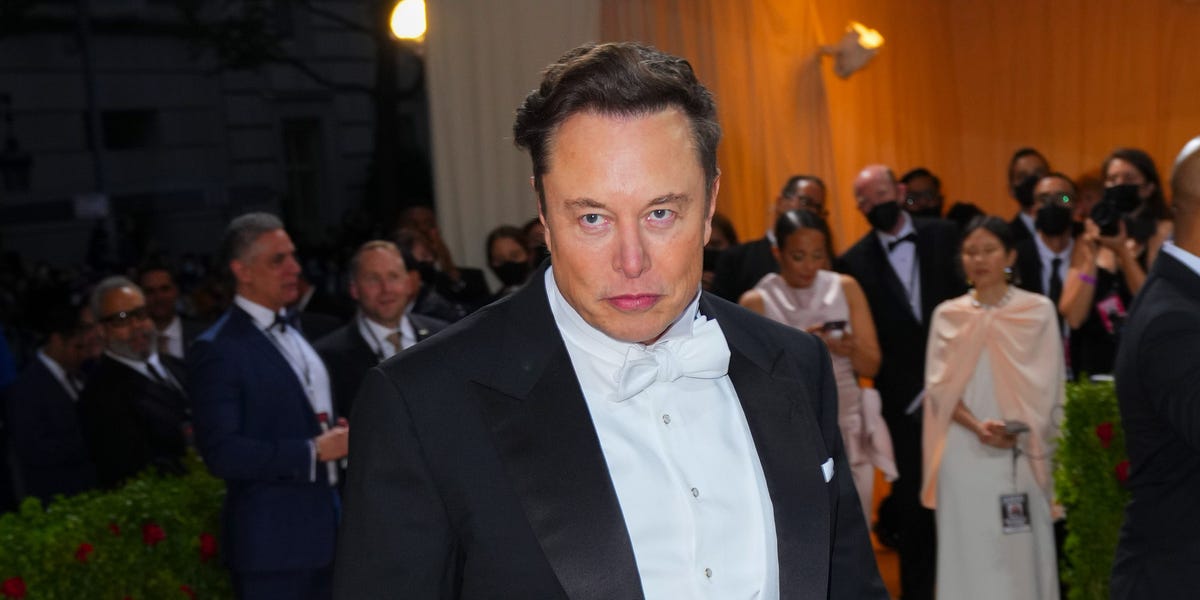 Elon Musk's trove of private text messages is a bad look for him — and another win for Twitter, experts say

"It's not a good look and likely puts Musk in a weaker legal stance," Wedbush Securities tech analyst Dan Ives said. "This adds more agita to the Musk camp."

The billionaire is set to square off with Twitter in a five-day trial beginning on October 17. The social media company is attempting to force Musk to follow through on his $44 billion purchase offer after he announced plans to back out in July.

The hundreds of texts between Musk and some of Silicon Valley's most powerful players offer fresh insight into Musk's plans for Twitter. The texts also highlight several of Twitter's primary arguments against Musk — pointing to a "weakness" in the billionaire's case, said Matthew Schettenhelm, senior litigation analyst for Bloomberg Intelligence.

Up until recently, Musk's legal team has centered its argument on claims the company intentionally misled Musk and investors as to the number of active users on the platform.

But Musk's private texts appear to tell a story that is "in tension with his lead argument," Schettenhelm told Insider. In a message to Twitter Chairman Bret Taylor on April 9 — the day Musk told the board of his plans to buy Twitter — the billionaire said it would be "hard" to fix the social company and address issues with scam accounts without taking it private.

"Purging fake users will make the numbers look terrible, so restructuring should be done as a private company," he texted Taylor, according to the cache of documents released Thursday.

Erik Gordon, a professor at the University of Michigan's Ross Business School, said Musk "won't win in court with a claim that he was misled by the number of fake users."

Twitter has also argued that Musk might steal its internal data and create a competing company. The billionaire's private texts seem to indicate he was indeed bouncing around plans for creating another social media platform at the same time he was shoring up investors to buy Twitter. In texts to his brother Kimbal from April, Musk shared his idea for a blockchain-based social media platform.

"To the extent Musk is armed with confidential internal Twitter data that he could use to harm the company in the future – perhaps by establishing a competitor – that might weigh in favor of granting Twitter specific performance" and forcing him to follow through on the deal, Lipton said.

While the texts show that at one point Musk appeared to be serious about buying Twitter, the messages also show the billionaire was slow to communicate his plans with Taylor and Twitter CEO Parag Agrawal.

Still, Gerard Filitti, senior counsel at The Lawfare Project, an international non-profit legal think tank and litigation fund based in New York City, said it's difficult to understand the true sway of the texts without relevant depositions to fill in the gaps.

"It does not appear that any of them alone is explosive in content," Filitti said. "As with all evidence these messages will be used to tell a story and they will be shaped to whichever side is telling that story."
#Elon Musk