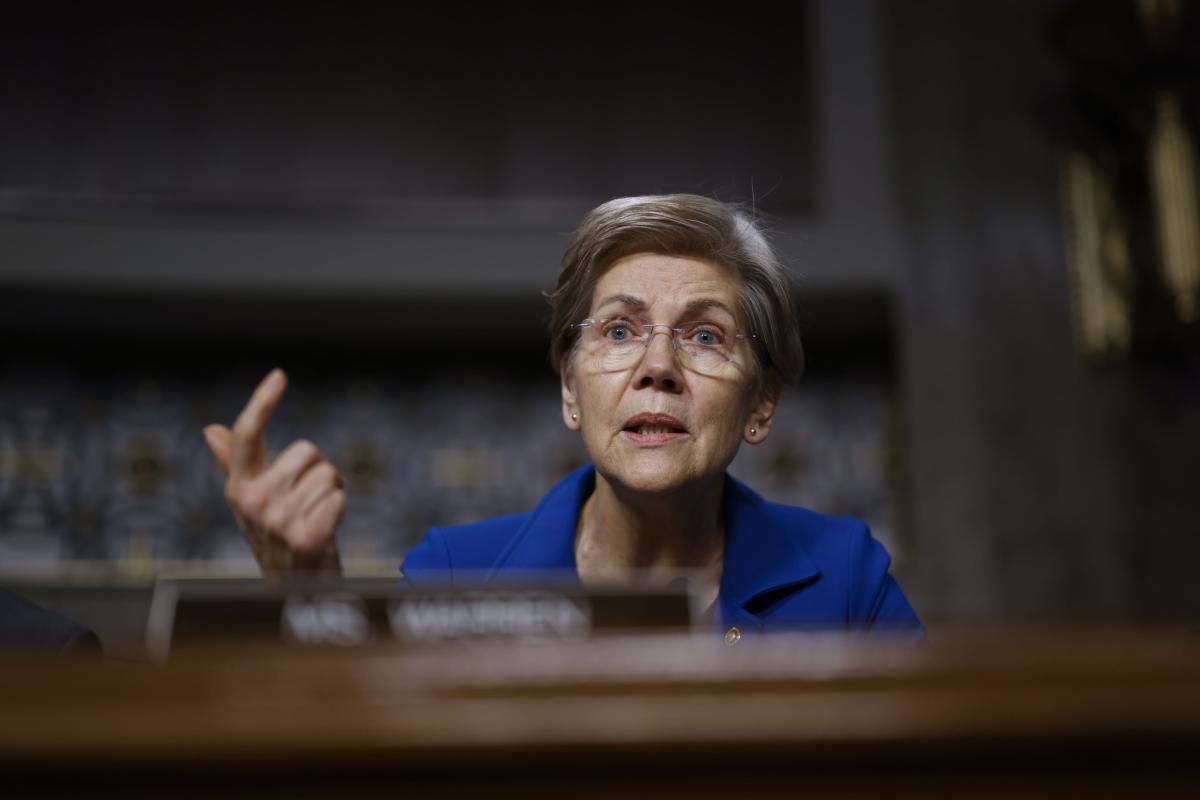 Elizabeth Warren’s new crypto bill sent shockwaves through the industry. Here’s what it could mean

The money laundering-focused legislation could change the entire ecosystem.

On Dec. 14, as the Senate Banking Committee held a hearing on the collapse of FTX, Sen. Elizabeth Warren (D-Mass.) was late to take her seat.

As one of the highest-profile members of the committee—and an outspoken critic of crypto—it seemed unlikely she would miss the event, with witnesses including celebrity investor Kevin O’Leary and TV-star-turned-crypto-critic Ben McKenzie.

A flurry of legislative activity may have caused her delay. Earlier that day, Warren introduced a bill with Sen. Roger Marshall (R-Kans.) called the “Digital Asset Anti-Money Laundering Act of 2022,” which aims to increase financial requirements for crypto.

When Warren eventually took her seat at the hearing, her remarks were not about FTX, but instead the focus of her bill: the ways that crypto facilitates global crime.

“Crypto has become the preferred tool for terrorists, for ransomware gangs, for drug dealers, or rogue states that want to launder money,” she said.

Her bill drew immediate pushback from the industry, with the think tank Coin Center publishing a rebuttal describing it as “the most direct attack on the personal freedom and privacy of cryptocurrency users and developers we’ve yet seen.”

“Through our entire financial system, we operate on a principle that says: same kind of transaction, same kind of risks, same set of rules,” a Warren spokesperson told Fortune. “There is no reason that cryptocurrencies should be held to a lower standard that creates loopholes for criminals to launder money and finance terrorism.”

The crux of the bill brings know-your-customer rules to different players in the ecosystem—including wallet providers, miners, and node operators—and prohibits financial institutions from using privacy tools such as Tornado Cash and Monero.

Patrick Daugherty a lawyer who directs the digital assets and Web3 practice at Foley & Lardner, and teaches at Cornell Law School, discussed the pros and cons of the bill with Fortune.

On the positive side, it empowers federal financial regulatory agencies including the Treasury Department, the Securities and Exchange Commission, and the Commodity Futures Trading Commission to audit “money services businesses” for compliance.

Given the failure of FTX, Daugherty described this as the “one correct step to make,” just as the Bernie Madoff scandal created a new unit within the SEC to audit investment advisers.

On the negative side, Daugherty said that the bill overreaches in its definition of what constitutes a “money service business.” For Warren and Marshall, this could include miners, validators, and even wallet providers. As Daugherty pointed out, that could mean hardware manufacturers like Ledger.

Under the bill, these entities would have to identify customers and track their transactions, ensuring their compliance with anti-money laundering programs.

For Daugherty, banning privacy tools is a mixed bag. After the Treasury Department’s crackdown on Tornado Cash in August, regulatory clarity is desperately needed, but a total prohibition may go too far.

Warren has long been a bogeyman for the crypto industry. Her recent bill isn’t even the first this year seeking to crack down on crypto’s role in money laundering. In March, she introduced a bill aimed at bolstering sanctions against Russia through imposing restrictions on the broader crypto ecosystem, which critics similarly called an overreach.

Coin Center’s Peter Van Valkenburgh described the recent bill as unconstitutional in two regards. The anti-privacy measures, he wrote, would violate the First Amendment by making it impossible for users to make anonymous payments, including political donations. And the bill may be deemed unconstitutional under the Fourth Amendment by “deputizing” software developers and miners to collect and report private information with a warrant.

In the bigger picture, the bill repudiates many of the core tenets of cryptocurrency—reducing the privacy elements of the ecosystem and treating its “decentralized” participants, such as miners and node operators, as centralized figures responsible for a network’s actions.

As Daugherty told Fortune, these elements of the bill could be viewed as either a bug or a feature.

“If you don't trust crypto assets at all, or if you have some philosophical opposition to them," he said, “then you will probably regard these as features.”

Hilary Allen, a law professor at American University and one of the witnesses at the Senate Banking hearing last week, said that the bill closes loopholes created by crypto.

“There’s this sense in the space that technology is entirely detached from any human activity,” she told Fortune. “Software is written by people, and technology is administered by people.”

Even though advocates may argue that participants like wallet providers and validators aren't linked to transactions, Allen said they shouldn't be exempt from money laundering laws.

“If you create a technology loophole in the law, then everybody will exploit that loophole,” she added.

Allen's views reflect a skepticism that groups within the crypto ecosystem are truly decentralized—some miners, for instance, are large companies.

Crypto skeptics in Congress have said they want to ensure crypto doesn’t become intertwined with the traditional financial system, a trend that has already begun with institutions like BNY Mellon moving into the space. Allen said strict anti-money laundering laws imposed on the broader crypto ecosystem could keep it separated from traditional finance.

What about legal challenges?

Allen similarly described Coin Center’s argument as “self-serving,” but there is still the open question of what would happen if the bill became law and was challenged in the court system.

With the Supreme Court’s rightward shift, there is a heavy cloud hanging over the administrative state. In this year’s landmark West Virginia v. Enviromental Protection Agency case, the Supreme Court restricted the ability of federal agencies to regulate based on congressional authorization.

If the digital assets bill became law, it would be an actual statute, not just agency action. Even so, as Allen told Fortune, the agencies would have to engage in interpretation to implement the law, which would likely end up challenged in court.

Warren and Marshall introduced the bill into the Senate Banking Committee with the intention to re-introduce the bill during the next congressional session beginning in January.

“Senator Warren will continue working in the next Congress to pass this bipartisan legislation into law,” said the Warren spokesperson.

The bill will join a crowded field of crypto legislation. Rather than putting investor protection against free market ideals, Allen said the bill could draw bipartisan support by focusing on national security. She described it as “low-hanging fruit.”

“It’s allowed common cause to be made here,” she told Fortune.