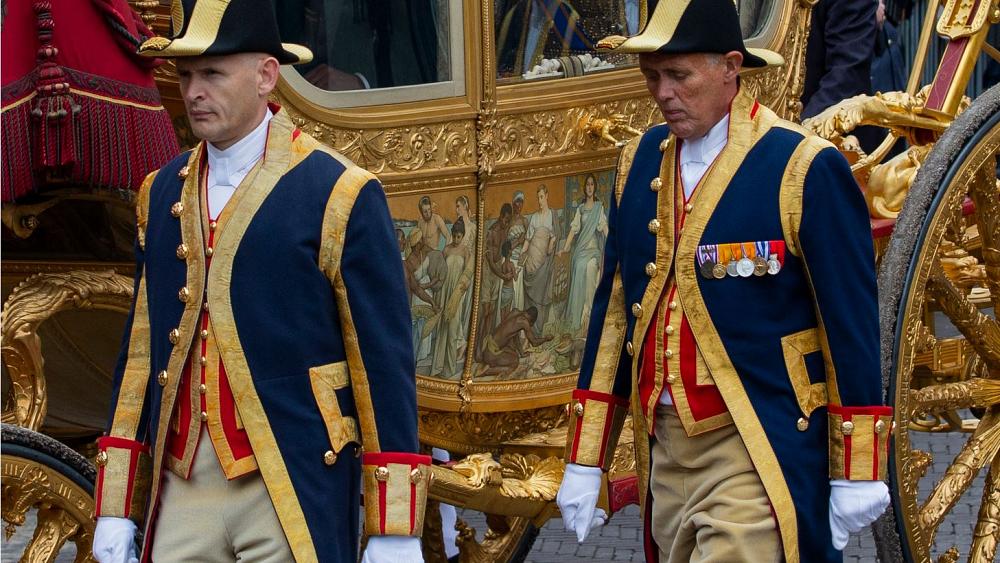 The carriage features images of black and Asian people offering gifts to a seated young white woman.
King Willem-Alexander of the Netherlands has said he will no longer use the royal gold carriage amid a debate over slavery links.

One side of the family's “Golden Carriage” bears a painting that critics say glorifies the Netherlands’ colonial past.

The Netherlands has been reckoning with its history as a 17th-century colonial superpower, where Dutch merchants made vast fortunes from slaves.

“The Golden Carriage will only be driven again when the Netherlands is ready and that is not the case now,” King Willem-Alexander said in a video message.

The carriage painting -- known as “Tribute from the Colonies” -- shows Black and Asian people offering goods to a seated young white woman who symbolizes the Netherlands.

The carriage is currently on display in an Amsterdam museum following a lengthy restoration. It has previously been used to carry Dutch monarchs through the streets of The Hague to the state opening of Parliament each September.

“There is no point in condemning and disqualifying what has happened through the lens of our time,” the king said.

“Simply banning historical objects and symbols is certainly not a solution either. Instead, a concerted effort is needed that goes deeper and takes longer. An effort that unites us instead of divides us.”

Anti-racism activists have welcomed the decision but have called for more action from the Dutch royal family.

“He says the past should not be looked at from the perspective and values of the present," said Mitchell Esajas, co-founder of The Black Archives in Amsterdam

"I think that’s a fallacy because also in the historical context slavery can be seen as a crime against humanity and a violent system,” he added.