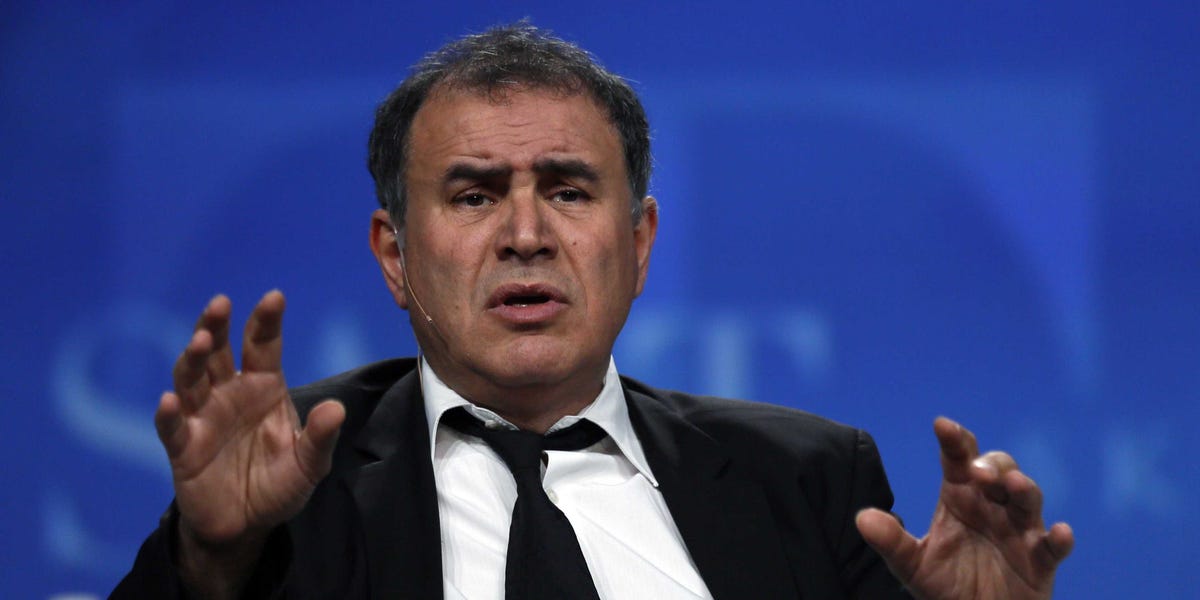 'Dr. Doom' economist Nouriel Roubini says we'll have inflation for a long, long time. He blame wars, the robot revolution, and 3 other disasters that will plague the global economy.

Inflation is sticking around, and you can blame war, robots, and rampant disease for that, according to "Dr. Doom" economist Nouriel Roubini.

"Dr. Doom" Nouriel Roubini warned that we'll have inflation for a long, long time – and you can blame, wars, the robot revolution, and slew of other disasters that will plague the global economy.

"Inflation rose sharply throughout 2022 across both advanced economies and emerging markets. Structural trends suggest that the problem will be secular rather than transitory," the top economist said in a recent op-ed for Project Syndicate.

That comes after a difficult year for the US economy, with prices hitting a 41-year-high in 2022 and still hovering well-above the Fed's 2% target. According to Roubini, central bankers around the world are unlikely to bring down inflation without causing a severe recession, which could spell trouble for the global financial system considering that many households, banks, and governments are heavily indebted.

Central bankers can't cushion a debt crisis without slashing interest rates, which could worsen inflation. That impasse could slam the global economy with "the mother of all stagflationary debt crises," Roubini warned, a financial disaster that entails high unemployment, high inflation, and in the US, a steep stock market crash.

Roubini, who called the 2008 recession and is known for his doomsayer predictions on Wall Street, has said that sort of inflationary-debt disaster is inevitable at this point. It could also stretch on for years, he warned, pointing to five major problems in the global economy that could jack up prices and government spending, exacerbating the incoming crash.

Russia's invasion of Ukraine disrupted supply chains and has already rattled the global economy, but geopolitical conflict could spread across the world, Roubini said. He pointed to tensions between the US and other major powers, such as the Middle East, Iran, and China, and previously warned that World War III has already begun.

Tensions are leading many powers to build up their shore of military supplies, including NATO, Europe, and the US. That burden on national budgets could exacerbate high-debt levels and inflation, prolonging the financial crisis he's warned of.

The global economy is also waging a war against climate change, which could be expensive to resolve.

"Climate-change mitigation and adaption could cost trillions of dollars per year for decades to come, and it is silly to think that all these investments will boost growth," Roubini said, adding that nations would likely become poorer over time.

The spread of COVID-19 isn't over, and neither are pandemics. Roubini predicted disease outbreaks would become rampant in the future, partly due to the effects of climate change. That could significantly rack up government debt as leaders attempt to tackle one public health crisis after the other, while also confronting the costs of welfare for an aging society.

The global economy will be slammed by "globotics," as Roubini calls it, or the innovation stemming from globalization and automation. While some argue those factors are spurring economic growth, they're a major threat to blue- and white-collar workers, meaning governments could be forced to shell out huge sums of cash if robots, AI technology, and other advancements put people out of work.

The costs could be hefty, Roubini warned. He estimated that the US could lose about 20% of its GDP if the government doles out a basic income of $1000 per person a month.

Wealth gaps are sparking unrest among the young and the middle- and working-classes, Roubini said, which could be expensive for government leaders to smooth over.

"To prevent populist regimes from coming to power and pursuing reckless, unsustainable economic policies, liberal democracies will need to spend a fortune to reinforce their social safety nets – as many are already doing," he said.