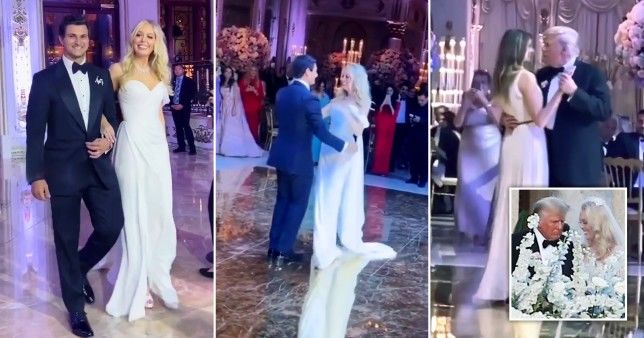 Donald Trump walked his youngest daughter down the aisle before some 250 guests at his Mar-a-Lago resort in Florida.

After warnings over Hurricane Nicole, Tiffany Trump and Michael Boulos’ wedding went ahead as planned at the members-only club at Palm Beach.

The 29-year-old kept herself out of the spotlight during her dad’s presidency, with her siblings Donald Jr and Ivanka Trump getting the majority of the headlines.

Less known to the public, she is the only child between Donald and Marla Maples, while her husband is the son of a wealthy family with conglomerate of businesses in Nigeria.

Admittedly, this also means Tiffany is the only adult Trump sibling not entangled in her dad’s various controversial affairs.

Dressed in a black tuxedo with a pink flower in his lapel, Donald kept composure as he walked Tiffany down the aisle.

Meanwhile, the bride wore a sparkling long-sleeved gown by Lebanese fashion designer Elie Saab for the ceremony before changing into another gown for the reception. 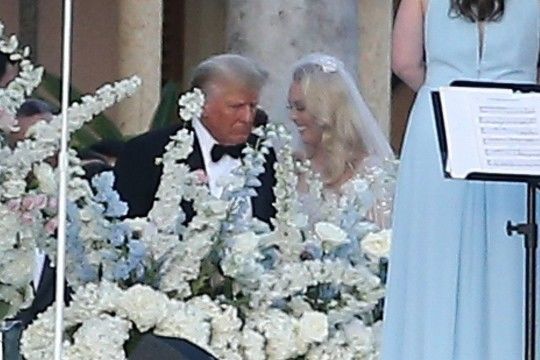 Tiffany with her beloved dad moments after the ceremony 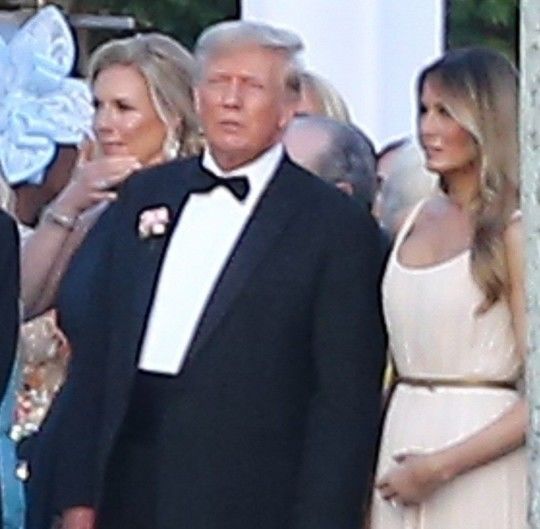 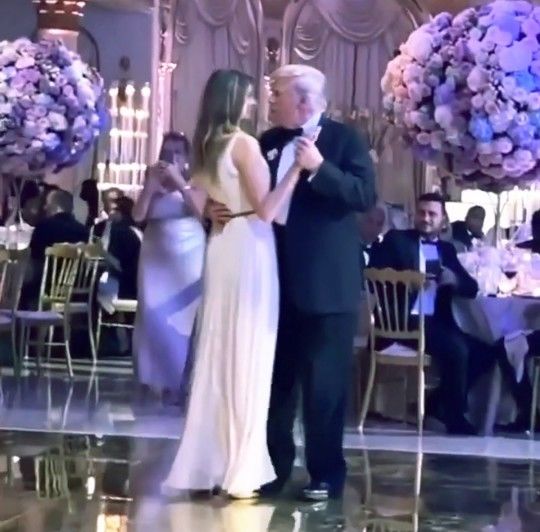 Donald and Melania joined the newlyweds on the dancefloor
After exchanging vows by the pool of the 20-acre resort, the couple joined their guests inside.

Videos shared online show the newlyweds dancing to ‘Strangers in the Night,’ by Frank Sinatra.

Typically liking to be the centre of attention, Donald and his wife Melania also took to the dancefloor.

Though looking joyful at the ceremony, the former US leader has a lot on his mind as he makes moves toward a 2024 presidential run against Joe Biden. 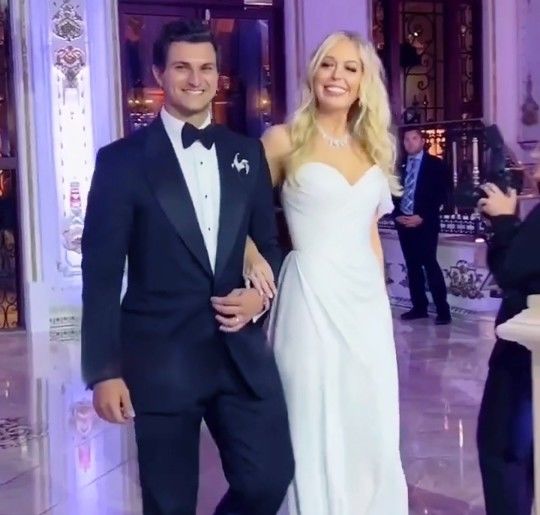 Tiffany and Michael were all smiles at the reception 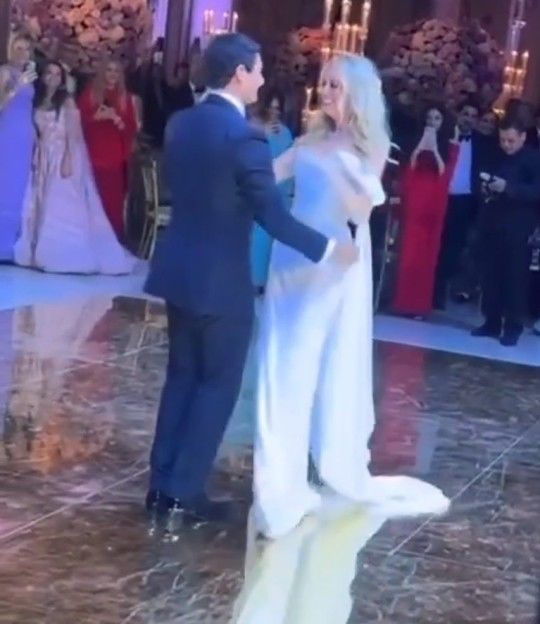 It appears this is a prospect not everyone in the family is as excited about as he is.

Some of them are signaling they do not want to be involved much, sources close to the family told CNN.

Three people familiar with his activities say he is not in the best of spirits as many of the high-profile candidates he endorsed in the midterms failed to secure a win.

Following the ceremony, Tiffany and Michael were seen taking their first pictures as a married couple with their family.

Donald and his children all came together for an all-smiles photo, while the bride later posed with all her siblings, mum and step-mum.