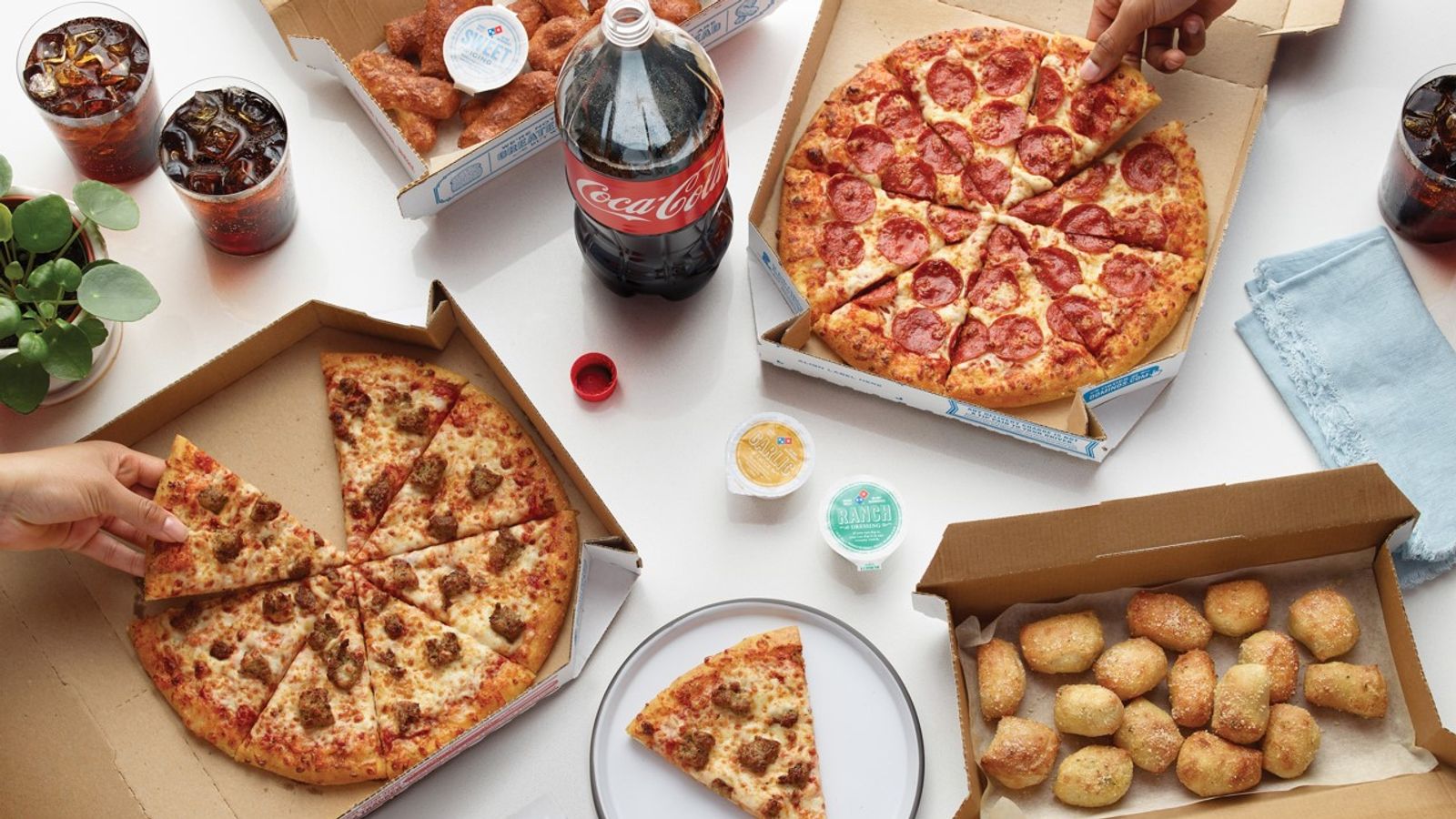 The company's cheese-filled crusts and pineapple-topped pizzas failed to gain a foothold in a competitive market
Domino's has closed the last of its 29 stores in Italy, marking the end of an ambitious plan to launch American pizza in the culinary dish's ancestral home.

It opened stores in Milan before expanding to other centres, including Rome, Bologna, and Turin.

According to an NBC report at the time, it planned to win customers over with "purely Italian" ingredients such as "100 percent" tomato sauce and mozzarella, and products like prosciutto di parma, gorgonzola, grana padano and mozzarella di bufala campana.

It targeted a 2% market share and aimed to open hundreds of restaurants in the country by 2030, counting on its delivery aspect to give it an edge.

But when dining out was restricted during the pandemic lockdowns, Italy's traditional pizzerias also moved into delivery.

And there was stiff competition from home food delivery apps including Glovo, Deliveroo, and Just Eat, according to Bloomberg, which first reported the story.

"May we all have the insane confidence of the dominos executive who pitched opening in Italy," another added.

Sky News has sought comment from Domino's in the US, which had partnered with Italian firm ePizza SpA for the franchising agreement.

EPizza SpA filed for bankruptcy in Italy in April.