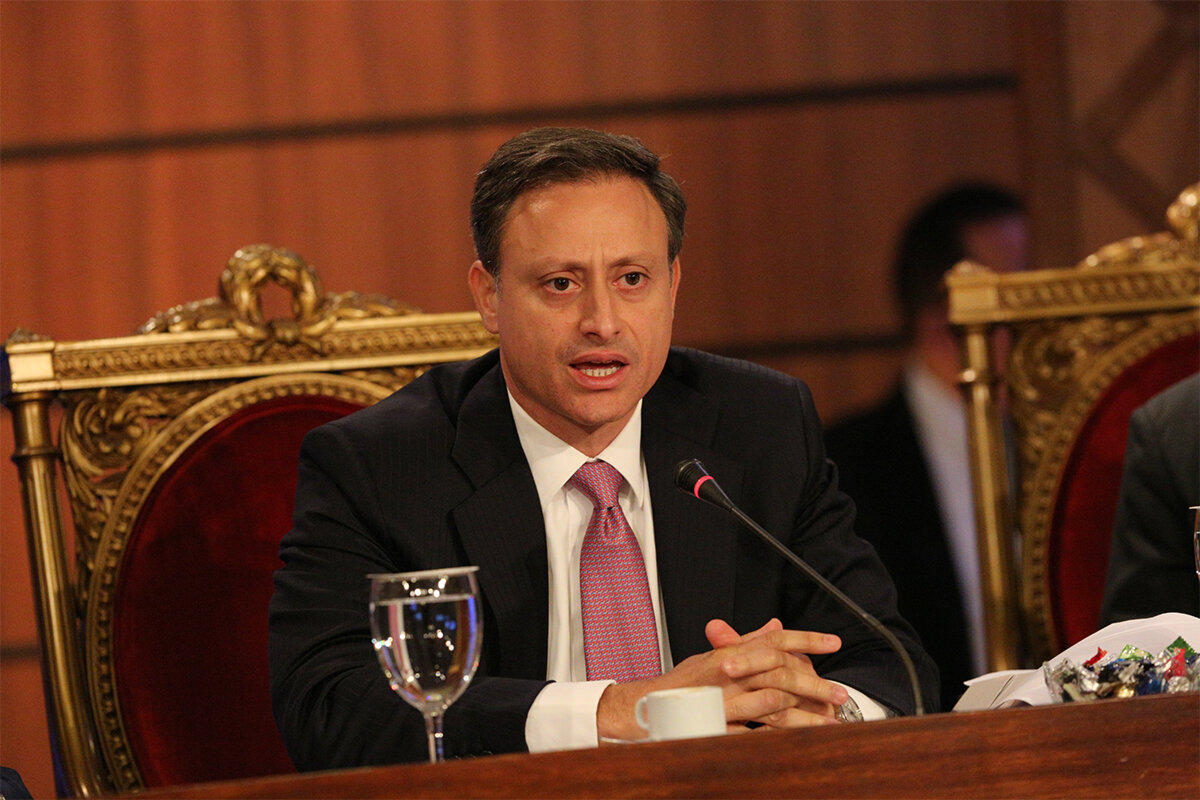 Dominican authorities arrested a former attorney general on Tuesday over accusations of diverting public funds to a political group that backed the Dominican Liberation Party, (DLP) during his term that ran until August.
Jean Alain Rodriguez becomes the Caribbean nation’s first former attorney general to be prosecuted. His arrest is the fourth in “Operation Medusa”, an investigation into officials of the attorney general’s office in recent years.

Television broadcast images of Rodriguez, surrounded by numerous security personnel, being handcuffed and taken to a cell to wait for the charges to be presented and a judge to formalise the arrest.

“If this isn’t persecution, then tell me what it is,” Rodriguez said in a recent post on Twitter.

He was denouncing a campaign he said was “based on hate and revenge” after being prevented from boarding a flight to the United States on June 24.

“We’ll see each other at the attorney general’s office today, Tuesday.”

He later posted two pictures of himself in a suit, arriving voluntarily at the office.