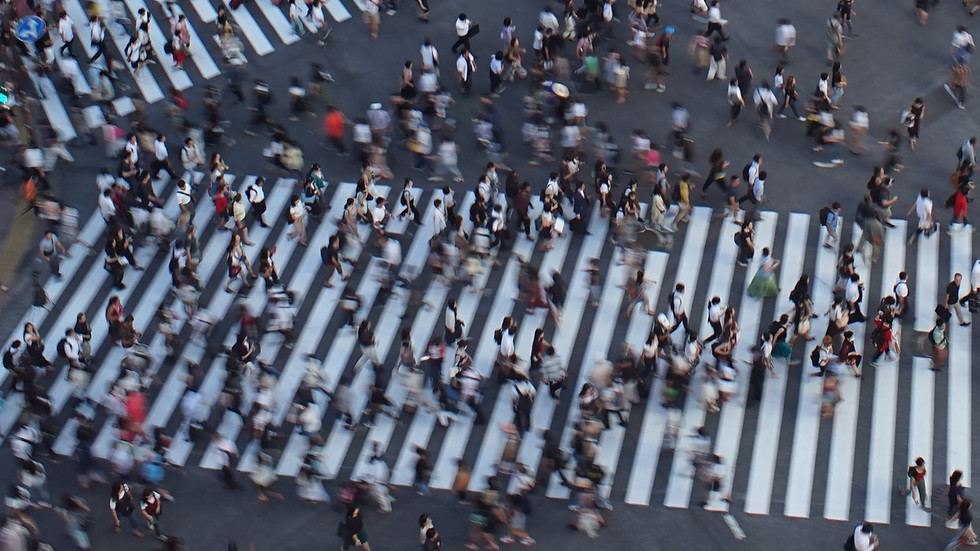 Does the ruling class want to see fewer of us?

Many have long suspected that the wealthiest humans would like to have the world to themselves. Aside from an underclass of servile worker bees, the elite, some think, would just as soon see the planet purged of ‘useless eaters.’

They’ve gotten awfully ballsy about admitting it, too. Billionaire Michael Bloomberg’s eponymous publication is infamous for pushing anti-family, veritably anti-human messages in a less-than-subtle fashion on millions of social media users without a care for the ‘optics.’ On Christmas Day, no less, Twitter users were treated to a gleeful jeremiad about how marriage, far from fulfilling young people’s romantic hopes and dreams, would instead suck young lovers’ bank accounts dry if they’d had the audacity to do normal American things like go to college – and run up the accompanying levels of crippling debt associated with that pursuit.

Not only was the article a stark slap in the face to the usual Christmastime warm fuzzies (which can be toxic in large doses, and should not be treated as the only acceptable fare for the season), but it was a week old. Taking an ancient article denouncing marriage as a money-suck (instead of one of the best predictors of success for the children born into that marriage) and re-running it on Christmas Day is the equivalent of rousting Mom and Dad out of bed, kicking Mom in her pregnant belly, and telling the pair they’re stealing productive time from the boss. Never mind that families who split up are putting their children at a major financial and psychosocial disadvantage – parents need to be looking out for number one!

Aside from the toxic byproducts of such built-in selfishness, if Bloomberg et al had their will, theirs would probably be the only families gathering round the table for lavish holiday dinners at all. No one else would have a family.

It makes sense, in a sick way, but the heavy-handed manner in which Bloomberg and similar publications seem to go about encouraging the working class to methodically divest themselves of their rights (like the right to own one’s home) is counterproductive, even before it extends to class-wide calls for self-destruction (warning: having children is scary, complicated, and time-consuming, not to mention bad for the climate! Better get a goldfish instead!).

It generates the sort of resentment that could one day erupt in a class war, one the billionaires could very easily lose but would definitely profit from in the process. AI robotic warriors have not been perfected yet, despite the self-satisfied bloviations of Defense Advanced Research Projects Agency types, and could easily wind up shooting each other or their masters on the battlefield while human guerrillas fighting for the survival of the species torch Hamptons mansions and leave the precious wealthy heirs orphans, to be raised by those same guerrillas in the wilderness.

These publications revel in the kind of scare stories currently warning doom-scrolling readers that kids raised during the Covid-19 pandemic will grow up psychologically damaged and physically deformed, rather than stories explaining to terrified parents that there are ways to avoid such tragedies.

The central narrative is that raising a family is just too complicated, scary, dangerous, and otherwise risky for the average working-class American, so it should be left to the wealthy. After all, who can afford the range of ‘playground health’ specialists who’ve studied the latest cutting-edge methods of bandaging a skinned knee? Or the high-end multilingual nannies who’ve memorized a compendium of ancient lullabies to soothe even the fussiest babies to sleep – those who were Egyptian queens in a past life and require the appropriate musical accompaniment?

Ultra-wealthy people such as Bill Gates and Michael Bloomberg himself aren’t remotely interested in adhering to the dictates they prescribe for the rest of humanity. Whenever one of their own gets married or has a child, the news is aflutter with photos of their decadent celebrations, with the subtext written in invisible type as tall as the buildings they own: you can’t afford this, so don’t embarrass yourself by trying. Publications that once might have cooed over some Martha Stewart-esque resourcefulness of a middle-class mom sewing bridesmaid dresses for her daughter’s closest friends now turn their noses up at such plebeian silliness – as if a mere human can measure up to the chillingly robotic precision billions of wasted dollars can buy.

Unfortunately, the ‘influencer’ culture of social media means it takes just a few of these self-absorbed individuals to convince the entirety of bourgeois society to follow in their footsteps – or at least to lust after doing so. One can only imagine the glee with which 21st-century eugenicists read headlines such as “On the Brink of Collapse: America’s Declining Population Growth,” which outlines how Americans are having fewer children every year, describing how half the states in the union have had more deaths than births, bucking ill-informed predictions that had suggested the Covid-19 lockdowns would lead to a baby boom as couples trapped inside would resort to ‘doing what comes naturally’ and spawn to their hearts’ content.

Phenomena such as year after year of record-breaking opioid overdose deaths indicate nothing so much as a mass abandonment of hope by the masses, who know they will never be able to afford the reality they were sold growing up, and feel – thanks to ruling-class mouthpieces such as the Western media establishment – they have no other choice.

After all, it’s difficult to spawn without concern for who’s going to feed the little ones, and, thanks to Bloomberg and its ilk, there is no longer a social safety net just around the corner to feed the needy or bridge the gap from paycheck to paycheck (assuming there’s a paycheck to be had at all in the post-Covid dystopia).

The self-fulfilling prophecy of neoliberalism has ensured that Americans truly have no choice but to become permanent renters, that young couples cannot help but shoulder fat debt burdens if they want to ‘get somewhere’ in this world, and that hope is far too costly to fit into a working-class budget. The New Normal demands we do more with less – or die trying. And the ruling class, it seems, would prefer the latter. 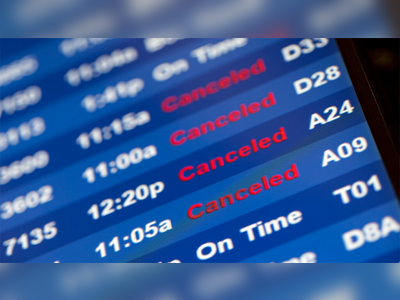 Worst US airports for flight cancellations and how to avoid disruptions

As flight cancellations continue to throw a wrench in Americans' summer travel plans, new data reveals which airports have been hit the hardest. 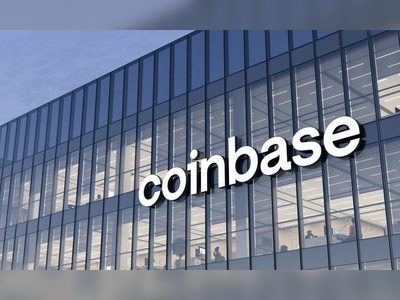 Coinbase said the SEC’s requests have to do with the company’s staking programs, asset listing process, classification of assets and stablecoin products. 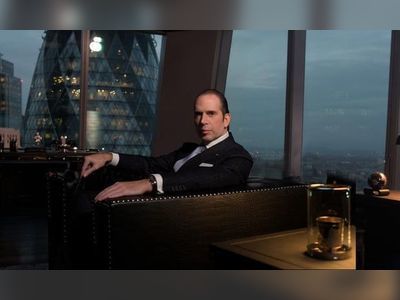 Tories face questions over £500,000 of donations linked to bribery-accused banker

Labour asks whether Conservatives will give back funds, and calls for Tory co-chair’s sacking 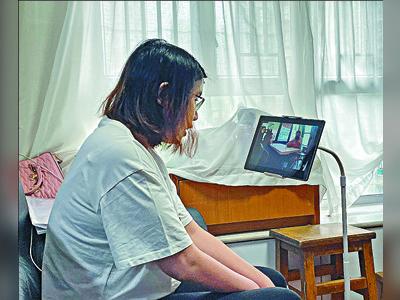 Work from home: a meal, a waitress and a robot

A woman who uses a wheelchair is able to work as a waitress at a Mong Kok restaurant from her Tsing Yi home, thanks to a robot that allows her to remotely serve customers. 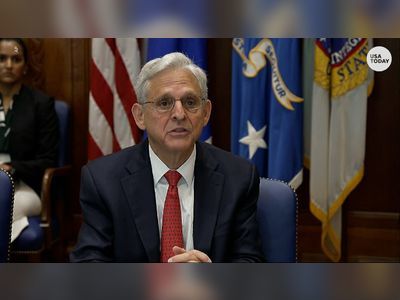 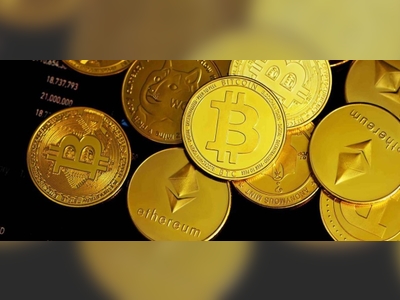 The UN trade and development body, UNCTAD, has called for action to curb cryptocurrencies in developing nations, in three policy briefs published on Wednesday. 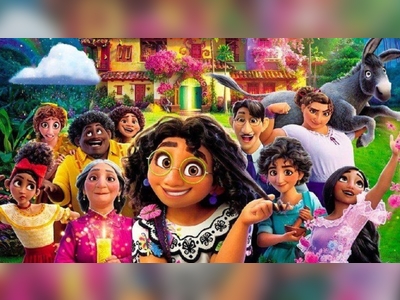 Disney will launch a new ad-supported streaming service in the US in December, as it overtakes Netflix in the race for paid subscribers. 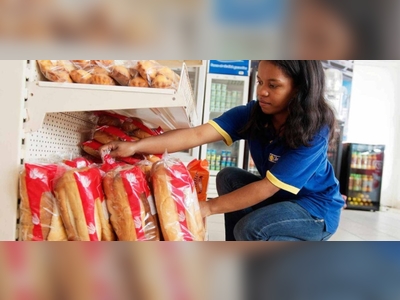 The number of young people globally who can’t find a job this year is set to reach 73 million – that’s a full six million more than before COVID-19, the UN labor agency said on ... 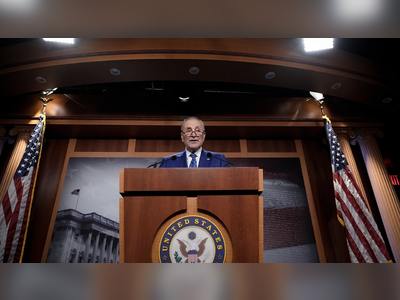 Democrats are pitching their newest health care and climate spending bill as a key way to reduce costs for U.S. households, but a new analysis shows the legislation could actual... 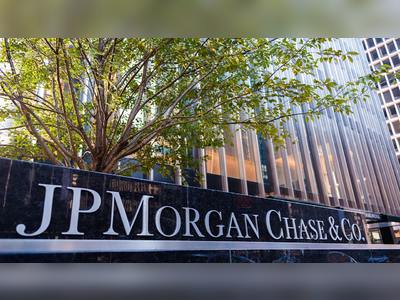 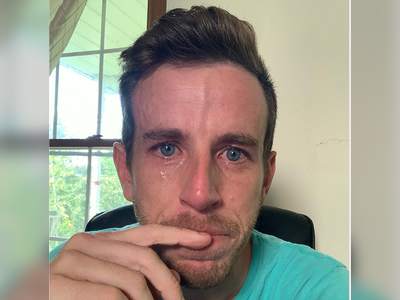 HyperSocial CEO Braden Wallake didn't plan for his LinkedIn post, which detailed how hard it was to lay off staff members, to go viral, let alone garner scores of negative comme...